An unseasonable burst of activity during October has set this month up to be a busy one!

Despite low consumer confidence and a high unemployment rate, the property market has been full of activity with both buyers and sellers busier than usual.

But is it still a renter’s market?

Confidence is down & unemployment is up

Buyers & sellers not put off

It’s not all doom and gloom! The ACT and Queanbeyan housing market has experienced significant median property price growth since this time last year, increasing +2.9% to sit at $509,000.

An increase in new properties hitting the market throughout October could potentially make November a ‘boom’ month for property sales.

Over the last two months, growth has also been recorded in the total number of sales. Spring is not yet over, but already the volume of sales is up +13.8% (140 sales) since the same time last spring.

Median weekly rents made a marginal $5 increase during October to sit at $395 per week. Marginal recovery was also seen in the average days a property spent on the market, going from an average of 45.5 down to 44.3 days on the market. 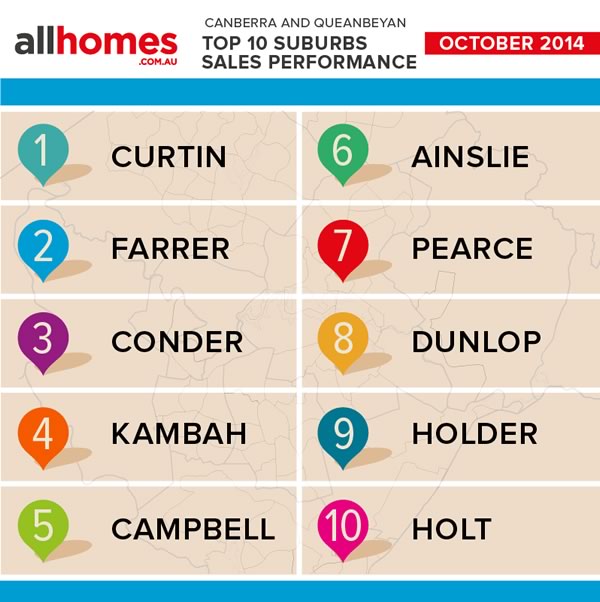 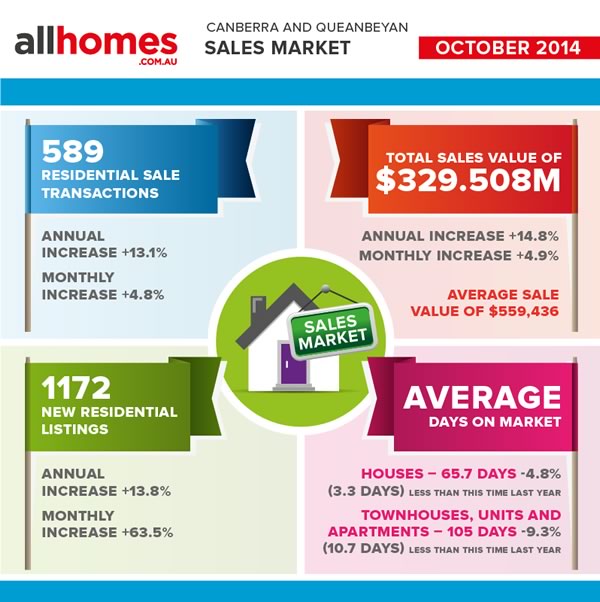 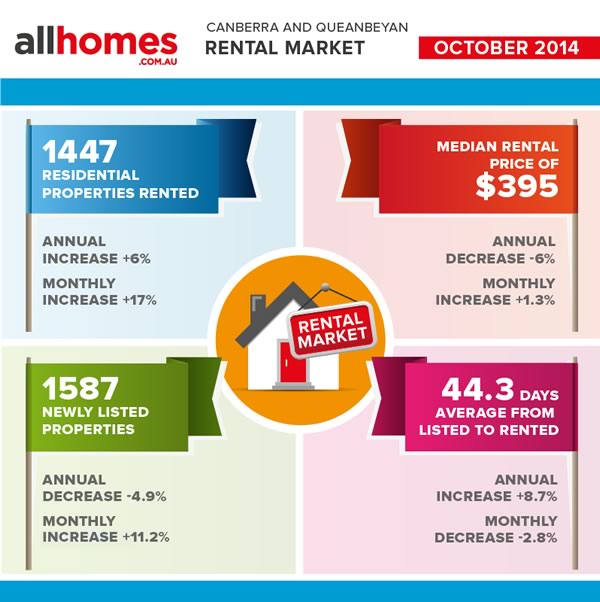 May Agnew - 5 hours ago
MOST DEFINITELY -so many homeless -a national DISGRACE -and wealthy developers becoming wealthier still - causing a concrete... View
George Watling - 10 hours ago
A recent OECD review of 300 Urban Planning studies from across the world has demonstrated that increasing the compactness of... View
George Watling - 11 hours ago
This story is not based on evidence or research. Higher density planning policies have been driving up property prices around... View
Community 7

@The_RiotACT @The_RiotACT
More than 1000 Canberrans across six suburbs have been given the opportunity to change the look of their streets as part of a pilot forestry program. What trees would you like to see planted? https://t.co/dP9eU2Q2hq (22 minutes ago)

@The_RiotACT @The_RiotACT
The eight-year legal saga involving Witness K, which shed light on Australia's bugging of Timor Leste in 2004, has come to an end with the former spy sentenced in Canberra yesterday https://t.co/yIT4TW8TlT (32 minutes ago)