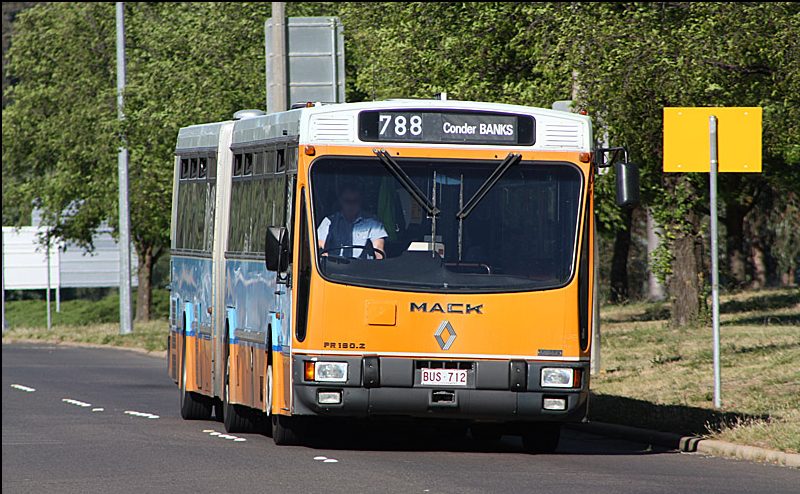 Old Canberra buses will be given new lives as part of a three-day art and design event in the latest round of the City Renewal Authority’s City Grants program.

The project, which has been granted $50,000, aims to provide an immersive experience including music, media, arts, fashion, technology and design.

Next March, Civic Square will be laugh central when the Canberra Comedy Festival turns it into Festival Square with marquees, hangout areas and free outdoor comedy events. The Authority says the Festival Square concept proved popular in 2018 and 2019, and enlivened the cultural precinct through a non-ticketed outdoor set-up and program. The Festival received $43,200 runs from 18-24 March 2020.

Civic Square will also be the focus for DESIGN Canberra’s month-long festival in November. It received $50,000 to transform the Square into its dedicated event hub during the festival. This will involve talks, entertainment, performances, art, wellness and creative ideas over three weeks. A commission for a site-specific design installation in Civic Square is also included.

The Canberra SpringOUT Association will put its $9,100 grant towards an all-day community picnic in Glebe Park on Sunday 24 November for the SpringOUT 2019 Festival’s 20th-anniversary celebration. The park will turn rainbow coloured and stage community games such as Tug-O-War and handbag toss, with entertainment from local and interstate performers including the Canberra Qwire, the Canberra Uke band, drummers, and drag kings and queens.

There will also be a family activity area with arts and crafts, a jumping castle, face painting and storytelling.

Independent arts organisation You Are Here Canberra will use its $50,000 grant to hold a three-day showcase of the ACT’s experimental art that will invite the community to interact with the city in innovative ways. Artists from a variety of disciplines will be selected from You Are Here’s 2019 Artist Development Program and will embed the unique nature of specific city spaces into their work.

A $10,000 grant will help the Braddon Town Team hold a one-day busking event in the inner city celebrating Canberra’s talent, with the goal of creating an annual festival. Buskers will compete for prizes and entry into the National Busking Festival in Cooma.

City Grants are funded through the City Centre Marketing and Improvements Levy – paid by commercial land owners in the city centre – and are managed by the City Renewal Authority.

Danny Murphy - 21 minutes ago
Just don’t speed! View
Acton - 2 hours ago
The idea of differing fines for the same traffic offence is just as stupid as introducing differing prison sentences for thos... View
Patrick Fischer-Reid - 4 hours ago
Steven Miller If the crime is the same, surely the penalty should be designed to have the same impact and the same deterrent... View
News 24

phydeaux - 37 minutes ago
Quite so. To put some rough numbers on it, 2017 was a peak flu season in which near 1200 people died, but the 4-year average... View
chewy14 - 1 hour ago
Can't remember when anyone said anything about compulsory flu booster shots? We are talking about Corona Virus, which is sign... View
Acton - 2 hours ago
The chief executive of Pfizer has said that it is likely people will need a Covid jab every year going forward. “Both wanin... View
Community 1

Peter Graves - 43 minutes ago
Thanks for such a well-deserved tribute to Alan Foskett. Canberra has indeed lost a treasure. He was very keen to record a ra... View
Opinion 3

John Giacon - 59 minutes ago
Big trees too near houses can be a problem - the tree or branches falling, and they make gardens impractical in many areas be... View
candlelit - 2 hours ago
I agree but (a) we need to think more about the kinds of eucalypts we plant (and having lost power for four days earlier this... View
Acton - 2 hours ago
Nonsense. The author negligently fails to acknowledge that gum trees are more prone to catching alight because of their oil c... View
News 4