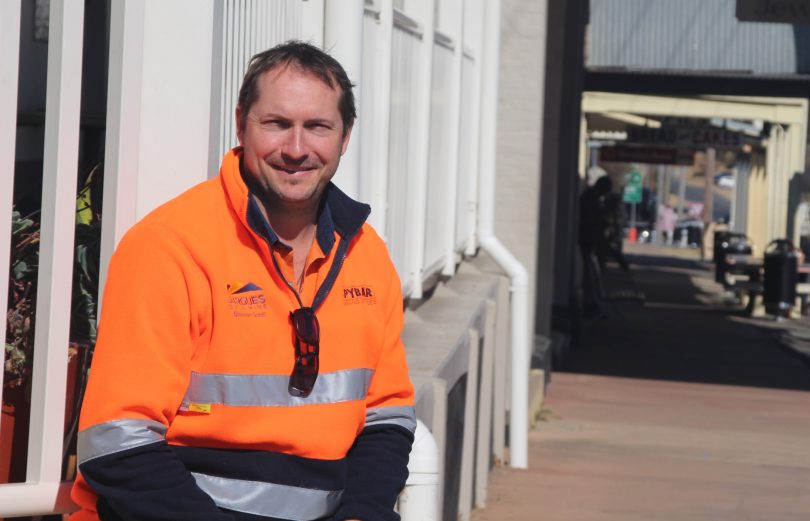 After years of prospecting, planning, consultation and preparatory works, the historic Dargues Reef Gold Mine at Majors Creek is back in action, with the first ore located on May 29.

With hoards of hi-vis workers out and about in Braidwood, blending with the tree changers, creatives and farmers, Braidwood is feeling the boost of new pay packets in town.

The Dargues Reef ore body was originally discovered in the early 1860s by James Dargue and was mined until 1891 and then again between 1914 and 1916. Historic gold production from Dargues Reef is estimated at a minimum of 2,000t at a grade of 14g/t Au. 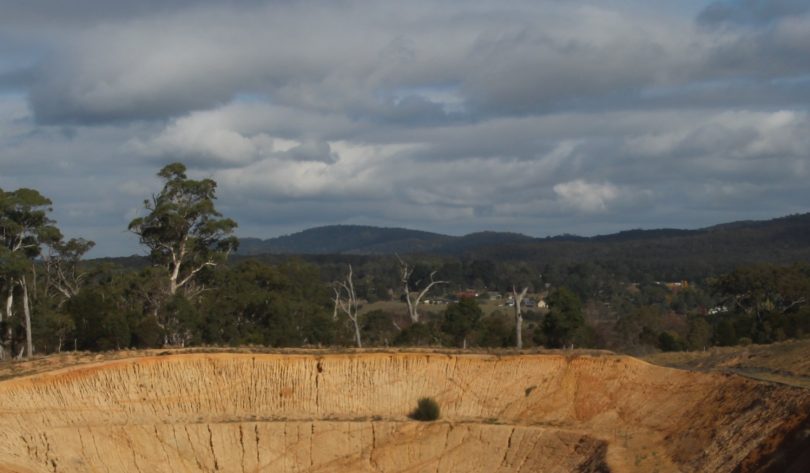 From 2004, Cortona Resources purchased the freehold over the mine site area of approximately 403ha and kicked off again, drilling 340 holes identifying resources and gaining approval for the underground mine.

As ‘Big Island Mining’ it was bought out by Unity Resources. The mine is now owned by Diversified Minerals, an associated company of underground mining services company Pybar Mining Services, which will be developing and operating the project’s underground mine and other infrastructure.

Since the original approval in 2011, several modifications to the project have now been approved, including an extension of the completion date. However, an attempt by the company to gain approval for the processing of ore with cyanide on the side was knocked back.

There was significant local concern about the Tailings Storage Facility (TSF) in an elevated position above Spring Creek and the Majors Creek Waterfall, which runs down to the Araluen Valley and then on to the Deua and Moruya Rivers. The Deua River catchment provides 60 per cent of the Eurobodalla’s water supply.

Two appeals against the mine were received by the Land and Environment Court – one from Eurobodalla Shire Council and one from the Environmental Defenders Office on behalf of the Coastwatchers Association and the South East Region Conservation Alliance. Both appeals were settled out of court with final mine approval granted in early 2012.

In 2014 the EPA fined the company almost $200,000 for pollution spills into the nearby creek, due to inadequate sediment and erosion controls.

The plant will process 355,000t per year with crushing, milling, flotation and filtration to produce a sulphide concentrate. The mine is expected to produce an average of 50,000oz per year of gold in the first six years of production, with processing to start in early 2020.

The ore will be partially processed on site then trucked to Port Kembla where it is sold on by a metal trader to a range of customers and shipped overseas. Only 15-18 per cent of the mined ore is pulled off for transport. 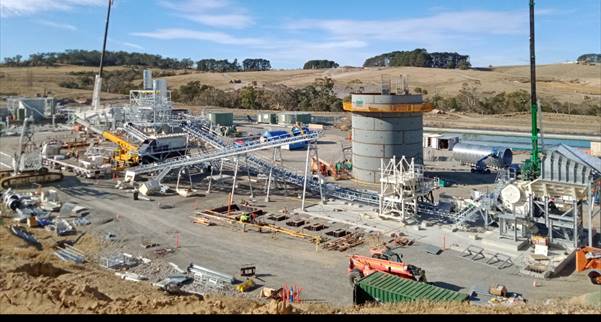 Truck movements are expected to average at four per day, but it all depends on production so some days there may be none, some days more.

Dargues Gold Mine General Manager Shannon Green told Region Media “We currently have 150 people per day working on site, including 42 Pybar staff, 24 of those already resided in the area.”

“That will start growing when the processing plant starts operating,” he said. “Most of the construction people are ‘fly in fly out’ at the moment, but housed in various venues around Braidwood. Numbers are at peak now.”

Mr Green said an apprentice from Braidwood Central School will be starting next year.

Night shifts at the mine started on Wednesday (August 7). With the drill and blast firing every day, the mine will increase 100 metres per month. The shaft measures 5m wide by 5.5m high. Five hundred tonnes of ore have already been mined and ready for processing when the plant is finished.

As of the end of July, the mine project had advanced 709.4 metres from the portal with the decline face at 120 metres below the surface. Total underground development advance was 1409 metres. 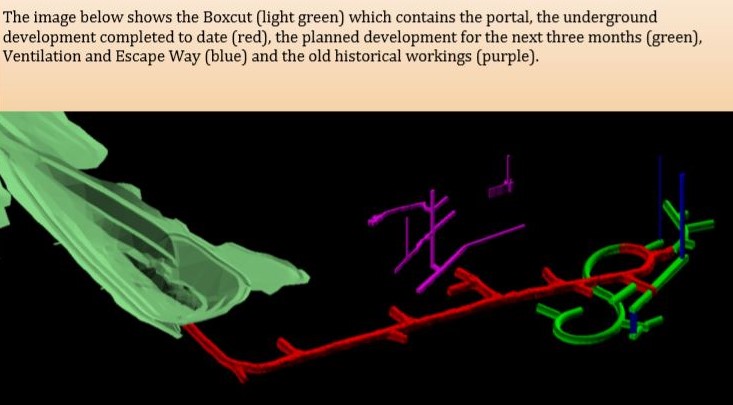 Diagram of the mining operation underground at Dargues. Photo: Supplied.

The biggest impact in Braidwood so far has been the pressure on rental accommodation from the influx of workers, along with city escapees.

The mine had investigated options for mine accommodation without success until July when Queanbeyan Palerang Regional Council approved a ‘Caravan Park’ on the slopes of Mount Gillamatong to house around 80 mine workers 2km out of town.

The rural site will contain 67 unit blocks, five caravan sites, and amenities. The caravan park approval only runs until June 30 2025 – which is the current mine life, but it could be extended. Ironically, the town has been crying out for a caravan park for years, but now it will have one that visitors can’t use.

Local real estate agent Reg O’Connell from Landmark Braidwood said, “There just aren’t enough rental properties to go around. Even with the caravan park going ahead there is still strong demand from those who are commuting to Braidwood for work.”

Meanwhile, at the bakery, pubs and supermarket, hi-vis clothing is everywhere. The money from the mining pay packets will be a welcome boost to small businesses in town.

With instability in world trade, and the gold price currently over $2000 per ounce, Braidwood and Majors Creek are hoping that some of the gold will rub off on the towns.

Any resurgence of gold mining is a good thing for Australia – we will need all the export income we can get when our iron ore markets go elesewhwre.

This announcement is particularly good for our region too.

And how is the water supply doing?