One racetrack to rule them all 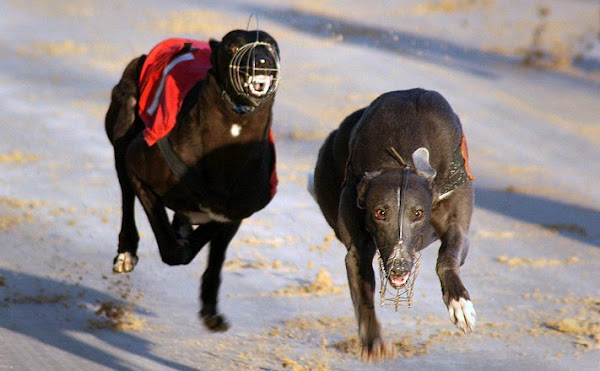 Joy Burch has announced her response to the ICRC’s report last year on the racing industry.

The ACT Government will explore the viability of co-locating Canberra’s thoroughbred, harness and greyhound racing clubs, in response to an Independent Competition and Regulatory Commission report into the future of the racing industry.

ACT Minister for Gaming and Racing Joy Burch today issued the Government’s response to the Commission’s Investigation into the ACT racing industry report, which accepts the Commission’s recommendations to look at the viability of co-locating the three racing codes physically and administratively.

“The Government accepts the Commission’s recommendation to investigate, in conjunction with the three clubs, the possible construction of a single racing facility for thoroughbred, harness and greyhound race meetings,” Ms Burch said.

“This work, to start next year, will also look at the feasibility of replacing the existing administrative structures with a single body to oversee the management of the three racing codes.”

Fundamentally the racing tracks were all built when the city was much smaller and have to some extent been enveloped by the growing city.

So the land they’re on would very likely be better turned into apartments and the new facility put where it belongs at the edge of town where land is cheap.

On the other hand quite why the multimillion dollar industry needs government funding is beyond me.

“So the land they’re on would very likely be better turned into apartments and the new facility put where it belongs at the edge of town where land is cheap.”
Where is this cheap land? I want in!
But don’t build it near my place, the noise of those pups barking, ponies whinnying, and the smell of their droppings…..would you have that next to you Ainslie residents?
Oh, yeah, you already have a racetrack next door. Don’t complain about that much though do you? The only time you complain about sports is the 3 days the cars are in town.

I like it. Make EPIC the single race track and turn the racetrack at thoroughbred park into a speedway dragway and circuit track.

there fixed that for ya……..

I like it. Make EPIC the single race track and turn the racetrack at thoroughbred park into a 30,000 stadium to hold AFL and cricket matches.

that second dog looks completely rabid and psycho and not something you’d let small children near.

Dogs when in hunting mode can look pretty ferocious, you probably remember these photos:
http://www.thisiscolossal.com/2012/02/hilariously-ferocious-underwater-dogs/

and extra points for the dragger dog with only 2 legs. 🙂

that second dog looks completely rabid and psycho and not something you’d let small children near. lol

I don’t give a rats about the issue.
I think it’s a brilliant photo of the dogs though!

I saw the headline in my live bookmarks and thought this was going to be motorsport related.

Should have known better.

Maybe motor sport needs some sort of legal protection where bets can only be taken on the races if kickbacks are paid to the racing motor racing industry?

I saw the headline in my live bookmarks and thought this was going to be motorsport related.

Should have known better.

In terms of the racing industry the word “funding” is misleading. Funding/revenue is provided to the racing industry as a fee for the right for ACTTAB which is owned by the ACT Government to accept wagering on Australian racing. For example: If a punter places a $10 bet with ACTTAB the ACT Government pay the ACT Racing industry what is effectively a product fee for that bet. Without this race meetings and prize money could not be funded. Additionally, the ACT Racing Industry generates $45 million dollars of economic activity in the ACT and supports 400 jobs locally.

But won’t the dogs chase the horses?

Justin Watson - 8 minutes ago
Mat Lenaghan Equally where is the scientific data on the long term effects of Covid? The risk is still greater that covid wil... View
Kieran Angus - 44 minutes ago
Rade Kosa yeah and? We get boosters of a bunch of vaccinations? Tetanus is a good example. View
Rade Kosa - 50 minutes ago
Kieran Angus one word boosters. 😉 View
Sport 131

Alan Vogt - 16 minutes ago
I have travelled and raced at a good number of mountain bike destinations in British Columbia (including Squamish, Whistler,... View
Jim Reid - 2 hours ago
ACT Govt doesn’t need any more $$ they’re literally the worst financial managers and they wouldn’t be transparent as to... View
Graham Smith - 2 hours ago
Michael good suggestions. Another consideration is certainty that the revenue from pay parking is well and truly sufficient t... View
Opinion 6

Fred Colon - 43 minutes ago
Absolutely and it's a great thing. But it is ne in a hundred - over 12. View
Shane Jasprizza - 1 hour ago
One in a hundred Canberrans remain unvaccinated; the risks are extremely low. View
Gary Keogh - 1 hour ago
There aren't too many Canberrans left over 12 who aren't at least partially vaccinated. View
Community 24

Lindi Loo - 2 hours ago
Are these two 'paid actors'? If not, they should be! Brilliant 😂👏... View
Emily O'Shea - 2 hours ago
Jen O'Shea watch the video in this View
Shannen McCann-Geiger - 3 hours ago
The wife looks super happy to be there View
Lifestyle 10

Chris Partridge - 2 hours ago
Denise Show Monica... View
Kathy Johnson - 2 hours ago
Barb made our eldest sons blanket 38 years ago, then the blanket was passed on to our eldest grandson 11 years ago. Our blank... View
News 6

UPDATED 5:40 pm: More COVID-19 restrictions are set to be eased after the ACT reached the crucial 80 per cent fully vaccinated...
Best of Canberra 197

For many, the thought of visiting the dentist can come with a wave of anxiety. But even when you do...
Property 42

A sure bet as Canberra activists make presence felt

@the_riotact @The_RiotACT
Former #gambling addict Markus Fischer used to win big, but then he began chasing his #losses and his life spiralled out of control. Now reformed, he's encouraging others to seek #help during Gambling Harm Awareness Week https://t.co/fzdCR1Zec7 (50 minutes ago)