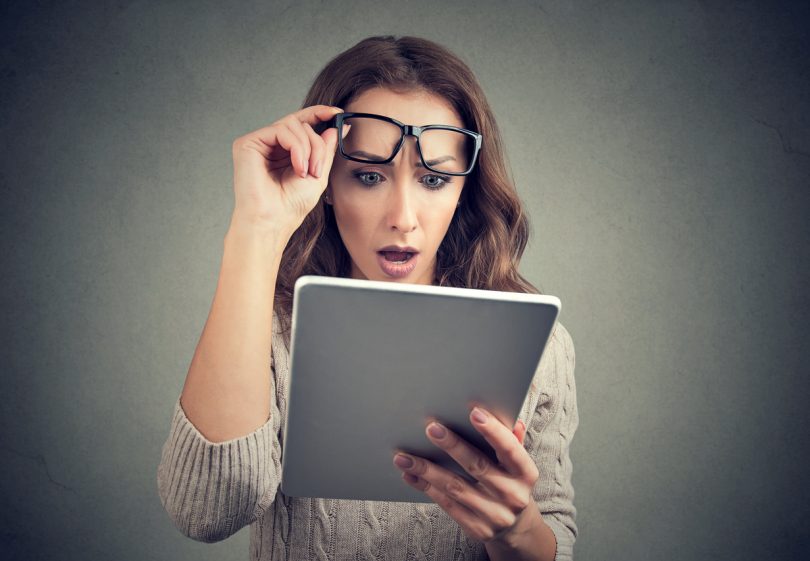 Once bitten twice shy: those exposed to fake news adopt strategies to manage their exposure to misinformation.

With online news overtaking traditional sources, a growing exposure to ‘fake news’ is undermining trust in news generally and driving consumers to established brands and tailored feeds, according to a new University of Canberra report.

The Digital News Report Australia 2018 published annually by the University of Canberra’s News and Media Research Centre (N&MRC) shows that for the first time, access to online news (82 per cent) has overtaken traditional offline sources such as newspapers, TV and radio (79 per cent).

It says more than three-quarters of Australian news consumers have experienced fake news and while poor journalism, such as factual mistakes and misleading headlines, is the most commonly experienced type (40 per cent), news consumers are most worried about politically and commercially fabricated stories (67 per cent). Those who experience fake news also have lower trust in news generally.

The report, now in its fourth year, is based on a survey of more than 2000 news consumers in Australia and is part of a global study of digital news consumption in 37 countries, commissioned by the Reuters Institute for the Study of Journalism at the University of Oxford.

Other key findings from the report include:

Lead author and Director of the N&MRC Dr Sora Park said the report uncovered a link between trust and fake news, with news consumers adopting strategies to manage their exposure to misinformation.

Associate Professor of Communication and report co-author Glen Fuller, said this year’s report also showed a generational divide in how people accessed news and what they thought about it.

The survey also showed that while Australian news consumers were more polarised than the global average, they preferred to keep their political views to themselves.

Assistant Professor of Journalism and report co-author Caroline Fisher said this reluctance, particularly among younger people to share such information could be for a number of reasons.

“Young people may prefer to keep the platform purely social, are aware of the openness of digital platforms and the impact it could have on their reputation, or simply want to avoid any trolling or online abuse,” she said.< The report also found an 11 per cent increase in news consumers following politicians on social media. Women are also more likely to use social media to find news and less likely to go directly to a website or app than men. There were also gender differences in sharing activities with men more likely to comment or engage on news. The full report can be found at http://www.canberra.edu.au/research/faculty-research-centres/nmrc/digital-news-report-australia-2018

David Jenkins - 2 hours ago
Road rules aren't the same as licencing 🤷‍♂️. Make up your mind which you're going to have a whinge about. Given hor... View
Claudio Neumann - 7 hours ago
Jesse Pricsina I feel these vibes very strongly. also get off my lawn darn kids with their scooters View
Michael Ilsley - 8 hours ago
I love scooters, fabulous! View
News 12

Chris Prentice - 4 hours ago
Matthew Soall But it is a business. View
James Vetos - 4 hours ago
A committed centre of learning excellence... Nope, a one trick business struggling under a poor business model. Should be ash... View
Liam O'Toole - 6 hours ago
Emphasis on international students. ANU is discovering the results of putting all your eggs in one basket. View
News 68

ChrisinTurner - 10 hours ago
This is the private enterprise model driven by profit. Nationalise the clinic. View
News 73

Milestone Entertainment - 14 hours ago
Well said! We have been fortunate in Canberra, however the current restrictions on entertainment venues are crippling to both... View
News 27

saphael7 - 15 hours ago
Does this mean that domestic violence is going to be brought to the park frequented by small children? View
show more show less
*Results are based on activity within last 7 days

How do you know if your news is fake? And what are you doing about it?

@The_RiotACT @The_RiotACT
With an alfresco living area complete with outdoor kitchen, you will feel like you are living in luxury in #Crace https://t.co/FiPwmUQolH (8 hours ago)