Only eight emergency service volunteers in the ACT have signed up to the Federal Government’s $6,000 compensation scheme which was set up to help Rural Fire Service (RFS) and State Emergency Service (SES) volunteers who put in extended hours after a particularly devastating bushfire season.

ACT Emergency Services Minister Mick Gentleman confirmed that of the eight applications, six had received their payments while the other two have been approved.

The payments have brought discussions around paying volunteer firefighters back into the spotlight.

Region Media understands that a large number of volunteers in the ACT did not want to be paid for their efforts as doing so would defeat the ideals of volunteerism and giving back to their communities.

President of the ACT RFS Volunteer Brigades Association (VBA) John-Paul Romano said the association was thankful for the payments, and that volunteers will continue to contribute selflessly to their communities in times of crisis.

“We are very grateful that the Government has made these payments available. Firefighters who needed those payments can now receive them and can now access the payments,” he said.

“We have to remember that no one does it for money. People do it selflessly and out of a love for their community, that is why they volunteer. All volunteers should be commended, especially our firefighters, for their incredibly generous contribution over the last bushfire season.

“The volunteers love what they do because they volunteer, they are not there to get paid. They do it to help those who cannot help themselves in times of great peril.” 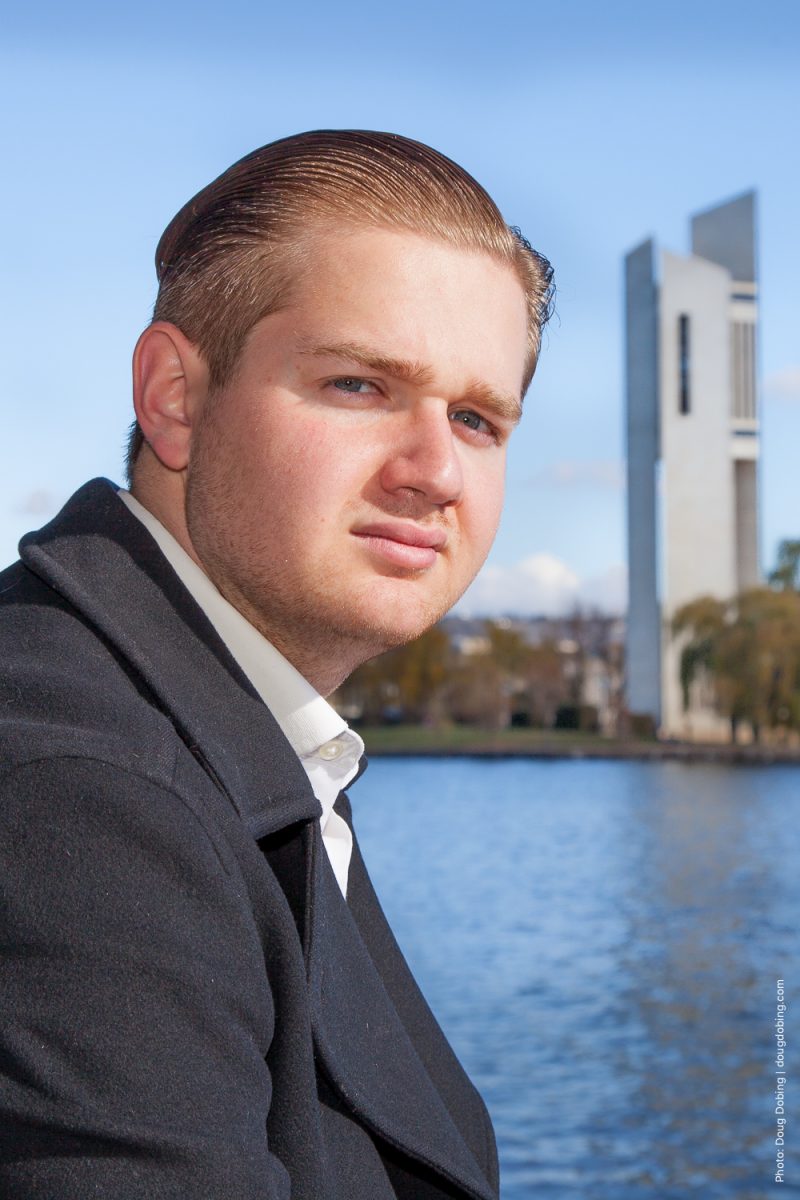 John-Paul Romano says volunteers are grateful for the payments but they do it out of love and a sense of duty towards their communities. Photo: Doug Dobing.

However, after such an intense and devastating bushfire season, others are questioning if a volunteer firefighting force is the best way to proceed if bushfire seasons continue to become more intense.

Captain of the Smiths Road Rural Fire Brigade in NSW, Peter Henry, is having doubts about whether a volunteer firefighting force is sustainable after the black summer bushfire season.

“To me, [the 2019-20 season] just highlights the severity of those fires and whether having a part-time volunteer firefighting force is really the best way to deal with such a ferocious and unpredictable fire,” he said.

“We did a great job, but …,” he said, before trailing off somberly.

Down at Batemans Bay, RFS captain Ian Aitken said that one of the biggest problems throughout the brigade is a feeling of guilt at what could not be done over the summer because of the resources available.

Discussions around paying volunteer firefighters took centre stage during the summer’s bushfire crisis when volunteers were working 14-hour days and were away fighting fires for weeks at a time.

In Moruya, some houses were under threat for 72 days straight. Some volunteers who left their jobs or businesses to fight fires were not paid by their employer while they were volunteers so were left – often considerably – out of pocket. For volunteers who also owned small businesses, many couldn’t trade at all.

In their submission to the NSW Independent Bushfire Inquiry, the Emergency Leaders for Climate Action (ELCA) – a group of 33 former emergency services leaders from across Australia – said it would be unlikely that paying volunteer firefighters would boost numbers in the service.

“There was significant discussion about whether volunteers should be paid for their services, however this would be unlikely to increase numbers in the short or long term,” the submission said.

“Recently the RFS reported that it had received about 35,000 new member inquiries. Consideration might be given to extending the State Mitigation Crew concept so that there is a core of full-time firefighters within the RFS to support volunteers in areas where there are membership or fatigue issues.”

However, the ELCA recommended that the Inquiry consider the use of seasonal, paid firefighters in bushfire-prone areas to help augment the ranks of existing volunteers during bushfire seasons.

“A similar concept could be extended to RFS State Mitigation Crews during serious bushfire seasons to provide a full-time firefighting surge capacity within the RFS.”

Katrina Bartell did you see this?

Cindy Hunt thanks no we hadnt seen it

Cindy Hunt no not at all..

Katrina Bartell I thought it might be helpful for Tarlo RFS

Because those who were deployed wernt able to fill in the 50page form.

Sean did you do it? Was it really 50 pages? Or are you just poking the public bear for a hype?

Cameron was close to it. I didn't apply.

Courtney Matthew - 1 hour ago
Jason Matthew! These are those ladies I always see that wear red and purple and I always wonder what group they belong to! Av... View
News 26

Fortress Epiphany - 1 hour ago
Trevor Wilkins vets affairs were in there till about 3 years ago. View
Robert Knight - 3 hours ago
Jenny Gordon Avery it’s a great view up there! View
Archie Mac - 4 hours ago
It will always be MLC Tower to me. My family had the cleaning contract. We kids had great fun going up and down in the elevat... View
Community 8

Katy Did - 2 hours ago
I remember View
Property 30

Paul Murray - 3 hours ago
Charles Godworth it’s coming from the Canberra Racing Club. They see the light rail as a great opportunity for them to make... View
David Rudland - 6 hours ago
Wow....really more units. I want to say so much but the words are expletives. View
Opinion 4

russianafroman - 3 hours ago
Great article. It's time the government starts addressing the basics and serving the people. View
salvatge - 7 hours ago
Excellent commentary, from a local expert with skin in the game! View
Mello - 8 hours ago
It is time to stop this self government experiment. We simply don't have the numbers to collect the revenue.... View
Community 39

A Belconnen GP surgery was forced into lockdown yesterday (21 January) over concerns that a patient had recently been to...
Opinion 199

Although Summernats was cancelled this year due to COVID-19, streetcars continued to make the news. ACT Policing worked closely with...
News 41

Canberra Racing Club is finalising initial redevelopment plans for Thoroughbred Park in Lyneham that could include three to six-storey apartment...
News 26

@The_RiotACT @The_RiotACT
Been looking for a large, quality family home in one of Gungahlin's most exclusive areas? This stunning residence could be all you’ve ever wanted + so much more https://t.co/lh17g6PgsK (34 minutes ago)

@The_RiotACT @The_RiotACT
More than 25,000 Murray Cod have been released into Lake Ginninderra to improve the ecosystem. And they could be the catch of the day for anglers https://t.co/u5zdG677L9 (3 hours ago)