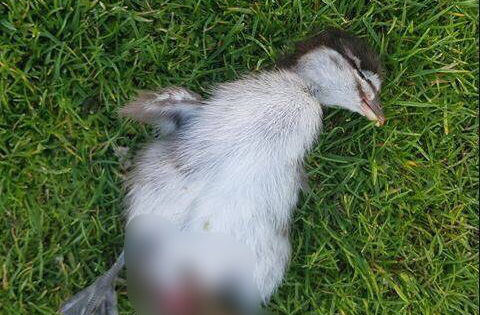 One of the ducks killed at the Gold Creek Country Club. Photos: ACT Parks and Conservation.

The killing of a mother duck and her two ducklings on a Gold Creek golf course over the weekend has provoked public outrage on social media.

ACT Parks and Conservation Service said it was investigating the incident in which a group of men allegedly killed the birds on the 7th hole of the Gold Creek Country Club around 5:35 pm last Saturday (3 November).

Gold Creek Country Club general manager Stephane Talbot believes the eight men involved had deliberately driven over the duck and ducklings with a golf cart before throwing them into the pond.

The club notified ACT Parks and Conservation rangers about the incident yesterday, with Mr Talbot calling the men involved ‘idiots’.

“Someone was playing right next to these idiots on Saturday evening and came into the clubhouse and told staff what they had seen,” he said. “Some of the staff investigated and tried to grab the people involved. They spoke to one of the men but they bailed.

Mr Talbot said if these men were able to be identified he would ban them from the club and he was pleased by the response he had received from ACT Parks and Conservation.

“As golf course operators, we have people who do not comply with golf etiquette but once you do something like this, this isn’t golf etiquette,” he said.

People took to social media to share their disgust at the men’s actions.

“Absolute b@stards!! How can anybody murder an entire family for no reason other than “fun”?!,” one person wrote.

Another wrote, “I’m so sick of reading about cruelty to animals! We need proper punishment for these crimes. As long as people get a slap on the wrist this type of cruelty continues! Just horrible.”

“Omg, what possesses someone to harm an innocent animal! They are not men they are monsters!” another said. 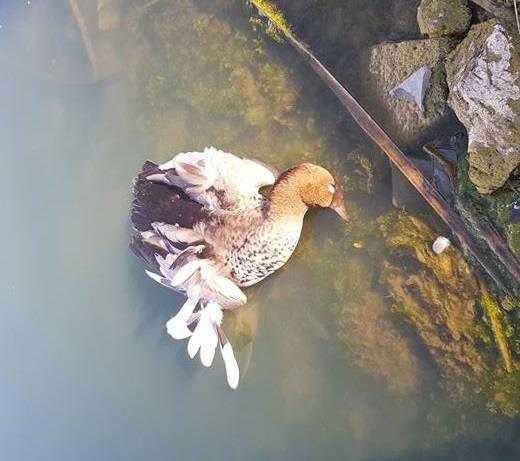 ACT Parks and Conservation ranger Joel Patterson told ABC Radio they have a few leads and have received tips from the public that have helped the investigation.

“We are still urging anyone with any information to come forward and help us with our investigation,” he said. “Any information is certainly welcome.”

Mr Patterson said ACT Parks and Conservation intended to apply strong penalties to the culprits for killing the birds.

“If found guilty of a crime of this nature, you are looking at a fine of upwards $32,000 or two years in prison,” he said. “So it is a fairly hefty fine and understandably so. It is a senseless act and it is something we are very eager to follow up with.”

Anyone with information is encouraged to call them on 02 6207 6376. Information can be provided anonymously.

RSPCA & police should have more powers to arrest, detain and jail sentence should be comparable with that of a woman and her two children! This was a blatant, cowardly and viscous act that was committed with forrsight and malace!!!!! If they were my relatives…they could throw away the key!!!! When they are caught, i hope they do get both punishments and that correctional officers throw them to the wolves!!!! May the magistrate show no restraint!!!!!

Let’s hope they aren’t merely identified and charged for their crimes, but that they are publicly named and shamed as well.

Absolute Sociopaths. The CT article on this incident also states how ‘nonchalant’ the men were about their crime – a worrying sign of what is now acceptable in our society 🙁 Hope the RSPCA/Rangers crack down on these idiots with the full force of the law.

Is Canberra’s Citizen of the Year Award in danger of losing relevance?