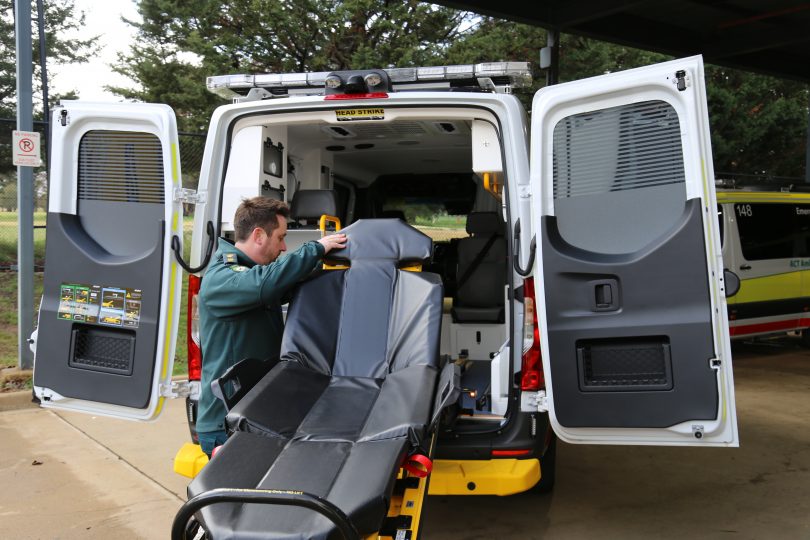 New electronic stretchers for ACT ambulances will reduce strain on paramedics and increase the comfort of patients. Photo: Supplied.

Paramedics in the ACT will get a pay rise after signing a new enterprise bargaining agreement (EBA) with the ACT Government which includes a planning committee to look at changes to rostering, annual leave and flexible work arrangements.

Three additional ambulances have also been added to the ACT Ambulance Service (ACTAS), rounding off the Government’s $14 million 2018-19 budget commitment to recruit 30 new paramedics and add 10 new vehicles to the service.

Six ambulances have been replaced over the past 12 months while one new non-emergency patient transfer vehicle has joined the fleet.

“This upgrade has and will continue to benefit the health, safety and wellbeing of our paramedics and our patients,” he said.

“ACTAS already operates with some of the best response times in the country, and these major investments will ensure our paramedics are well equipped to support the Canberra community when they need it most.”

Upgrades to ACT ambulances include new radios and electric stretchers which will reduce the physical strain on paramedics and enhance efficiency and patient comfort, Mr Wren said.

“Injuries in the past tended to be cumulative injuries, so anything we can do moving forward to reduce the amount of strain on people’s backs and legs has to be a good thing,” he said.

“It is a smoother ride and a smoother load [for the patients as well].” 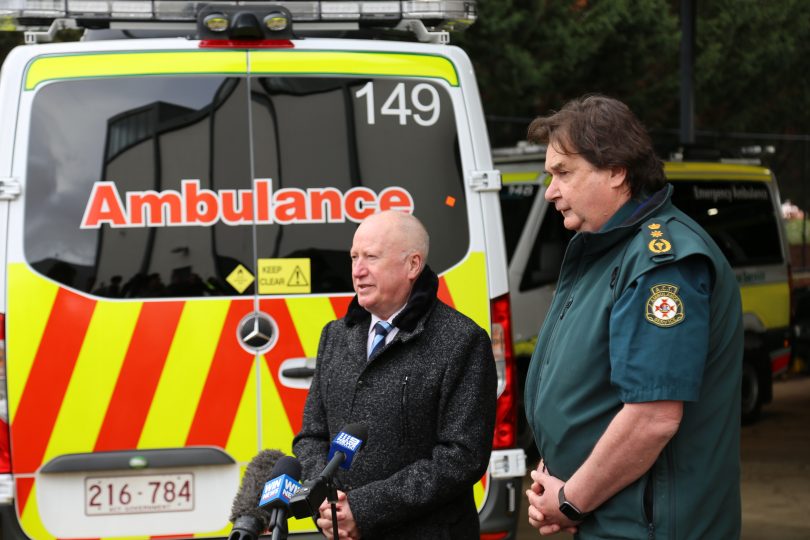 Details of the payrise have not been released by Emergency Services Minister Mick Gentleman yet as the EBA still has to be agreed to by Fair Work Australia.

“It has been in negotiation for quite some time but I am very pleased to see that it has been finalised and I understand paramedics on the ground are very pleased with the agreement too,” he said.

“We know paramedics do an incredible job for the ACT, they work 24-hours a day, 365-days a year and it is great to be able to support them, and support them with the new equipment as well.”

Mr Wren said the key issue around paramedics being able to negotiate on their position in the future was achieved under the new EBA.

“We clearly get a much better outcome when we can all agree with what we want,” he said.

“Any changes to conditions require us to consult and negotiate with the union and at this stage, we are pretty much agreed with what we would like to do, but there is still a lot of work to do about how we make that happen.”

The announcement has come a fortnight after the ACT Government reached a historic agreement with the firefighters union after a long-standing standoff with ACT Fire and Rescue which took industrial action during EBA negotiations.

They deserve everything they get and more, plus loads and loads of thankyou’s from the whole community

Well deserved! Thank you for your amazing work.

The most amazing bunch of people I know!

They deserve so much more!! 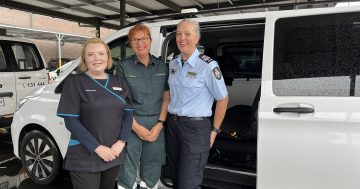