Parties at the Shops rides forth again in 2014 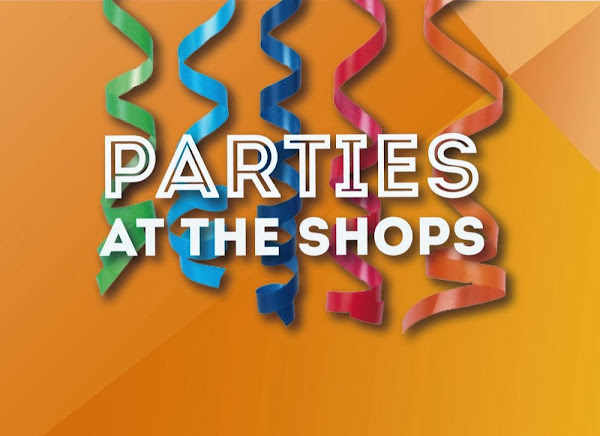 One of the better parts of the Centenary progam, Parties at the Shops have announced they’re coming around again next year:

From 8-16 March 2014, Canberrans will be invited to celebrate Canberra’s 101st birthday at the second instalment of the highly successful Centenary of Canberra project, Parties at the Shops.

Through the support of the Land Development Agency and the ACT Government’s Event Fund, up to 20 parties will be held at suburban shopping centres to celebrate.

Parties at the Shops is about celebrating what unique personalities of each of Canberra’s suburbs. Residents, artists and business owners are invited to help shape the party in their local suburb.

“This year suburbs embraced Parties in very different ways, and as such, every event was different,” said Ms Moon. “Curtin hosted a cook-off to crown the Culinary King or Queen, Isabella Plains featured an exhibition of student art and live art by local graffiti artists and Yarralumla hosted a ticketed banquet for 450 people.

Ms Moon said Canberrans should get in touch through www.partiesattheshops.com.au to express their interest in hosting, coordinating or performing at a party in their suburb next March.

Tags parties at the shops

Denise Bourke - 4 hours ago
More dodgy research on this eh? Like the research on having weed in family backyards? Kids form addictions without parental c... View
Iain Somerville - 10 hours ago
This is not just about the right to choose to die. It is also about Canberrans being classed as lessen citizens by being deni... View
David Newman - 10 hours ago
Linda, exactly. It’s as if the ACT’s and NT’s residents have a lesser right to self determination than residents of the... View
Lifestyle 8

tuggeranongist - 6 hours ago
All things being equal, I would prefer to deal with a large institutional landlord than an individual one. I suspect many oth... View
Redgum - 8 hours ago
Better Renting is correct on one point only. The decision to invest in a rental property is a business decision. Investments... View
Community 27

kenbehrens - 8 hours ago
Government charges contribute towards the high cost of rent in Canberra. It's Government policy to increase Rates, to a level... View
Geoffrey Bell - 11 hours ago
Mandy Truman $206 cheapest share place i could find. https://www.allhomes.com.au/share/search?region=canberra-act&district=gr... View
Mandy Truman - 11 hours ago
I'm full time uni and I got made redundant from my job and then got a casual job but haven't had work for 10 weeks. I would h... View
News 246