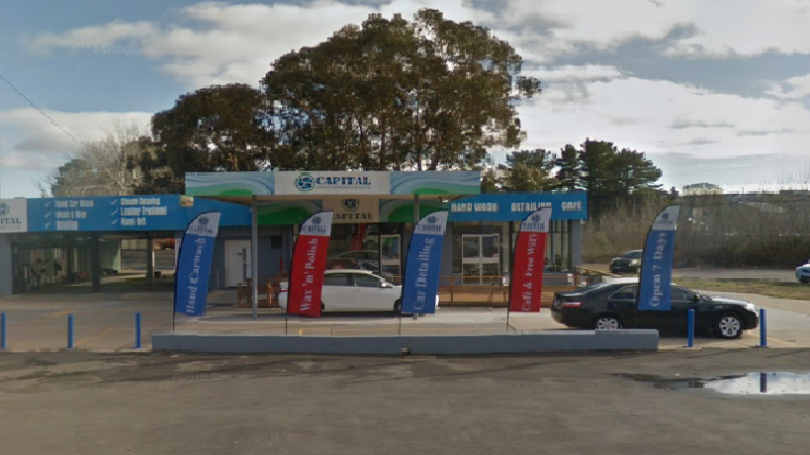 Motorists are set to have greater choice of fuel outlets in Fyshwick with plans lodged for another Metro service station, this one on the site of Capital Car Wash in Whyalla Street Fyshwick.

Australian-owned Metro Petroleum already has an outlet on the other side of the railway line in Barrier Street that is well known for its fuel discounting.

The development application, prepared by Purdon Planning on behalf of Gill Group Australia Pty Ltd, says the site (the eastern corner of Block 6, Section 12) at 51 Whyalla Street was formerly used as a service station but it was remediated and has since operated solely as a car wash.

The lessee now wants to reinstate the service station on the site while retaining the car wash.

The existing building will largely remain in its current form with a timber deck demolished to make way for new concrete hardstand and new petrol bowsers, an overhead canopy, bunding and underground fuel storage tanks. 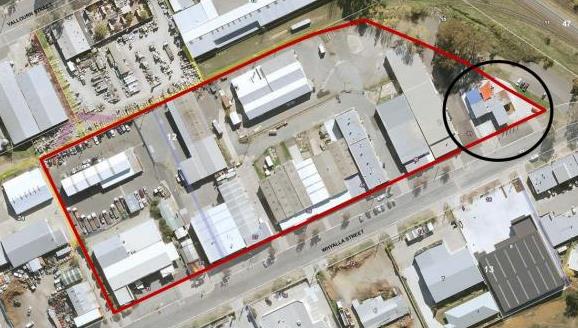 The site location, circled. Photo from the DA.

The car wash and the petrol station will share the 70 square metre office/shop, and customer parking will be provided at the rear and side of the proposed development.

Metro says on its website that it has one of the largest independent service station networks in Australia, with over 200 service station outlets across NSW, Victoria and Queensland.

Hopefully this will eliminate the lines and congestion on Barrier St.

Is OK if you go early - I believe they open at 6am - but sometimes the fuel truck is there which can be a pain... :)

I hope the security is better. The other Metro has been broken into numerous times. Again only recently. And who can forget the footage of thieves dragging their ATM down the street with a vehicle?

aren't these the guys with the double up fuel pump

Paul Irving - 24 minutes ago
If it cant do the one-way trip safely and consistently in 90 mins, at least three times a day, forget it. View
Nicholas Kotrotsos - 43 minutes ago
Christine Mary the busses are mediocre. I would much rather catch a train...... View
Tom Porter - 45 minutes ago
Barillaro was spruking that in the state election lead up View
Food & Wine 19

Steve Smith - 35 minutes ago
James Heron they do a pretty good lunch. They are not the Jurassic Park they used to be. View
Alexander Latham - 1 hour ago
Kane Glas happy days for you?? View
Daniel Evans - 2 hours ago
Ashley Wright rightio, 👍 making different points but I think we know what we all ment now View
News 69

HiddenDragon - 37 minutes ago
"....but we’re not really in a position to think properly about what those suburbs are going to be like 15 to 20 years down... View
Robin Dearlove - 1 hour ago
Yesssss! View
Roderick Saunders - 2 hours ago
Julie Maynard room for a deciduous tree and a double garage View
News 99

Rachael Lizars - 1 hour ago
Spending beautiful Canberra nights with my best friends, chanting A! C! WHAT? A! C! T! View
Craig Sutton - 5 hours ago
Watching David and Jayden Lewis win the Goodall Cup together. Now my son is a mad Brave fan and wants to win the Goodall Cup... View
Bohdan Brumerskyj - 5 hours ago
I still remember my first game. My wife, our friend, and I decided at midday on a Saturday to drive from nowra to Canberra to... View
Property 11

Neenie Baines - 2 hours ago
Shiva Sapkota good points. Hoping it settles in once trees grow... not that there’s enough trees... View
Shiva Sapkota - 2 hours ago
Neenie Baines very true. When I see Molonglo from the height of Weston, all I can see is discussing units and townhouses cram... View
Lynne Audsley - 5 hours ago
Bill I agree. But obviously not the concern of developers. View
Opinion 86

Ashley Wright - 3 hours ago
William Taylor that doesn’t solve a thing. The NCA controls the CBD around London Cct it also controls constitution Ave up... View
Ashley Wright - 4 hours ago
Tijana Delov here is a tip. It’s not as old fashioned as many nay sayers would have you believe. Sure the basic technology... View
Ashley Wright - 4 hours ago
Mark Flynn care to translate that rant? Or how my comment that George Street uses an expensive proprietary system translates... View
show more show less
*Results are based on activity within last 7 days

UPDATED 4:00 pm A lockdown at Canberra Grammar School has been lifted after a threatening email was sent to the school...
News 66

It should not have come as a surprise that the ACT Government would opt for a wire-free run to Commonwealth...
News 66

A development application to open a McDonald’s restaurant at Chisholm has been rejected by the ACT Planning and Land Authority (ACTPLA)....
News 24

Many people saw the coverage earlier this month of the People's Climate Assembly protest, which coincided with the first parliamentary sitting...
News 21

@The_RiotACT @The_RiotACT
Take the train to Sydney? Upgrading the Canberra to Sydney rail link so it can provide a faster service has been listed as a priority project by Infrastructure Australia https://t.co/2E03hw3qx5 (1 hour ago)

@The_RiotACT @The_RiotACT
ACTPLA's rejection of the proposal to open a McDonald's on the Chisholm Tavern site has been welcomed by local business owners, who say the plan had a significant effect on local business & highlights the issue of high rents at the shopping centre https://t.co/F3urPYbkXt (3 hours ago)