Play Station’s little piggies make it all the way home 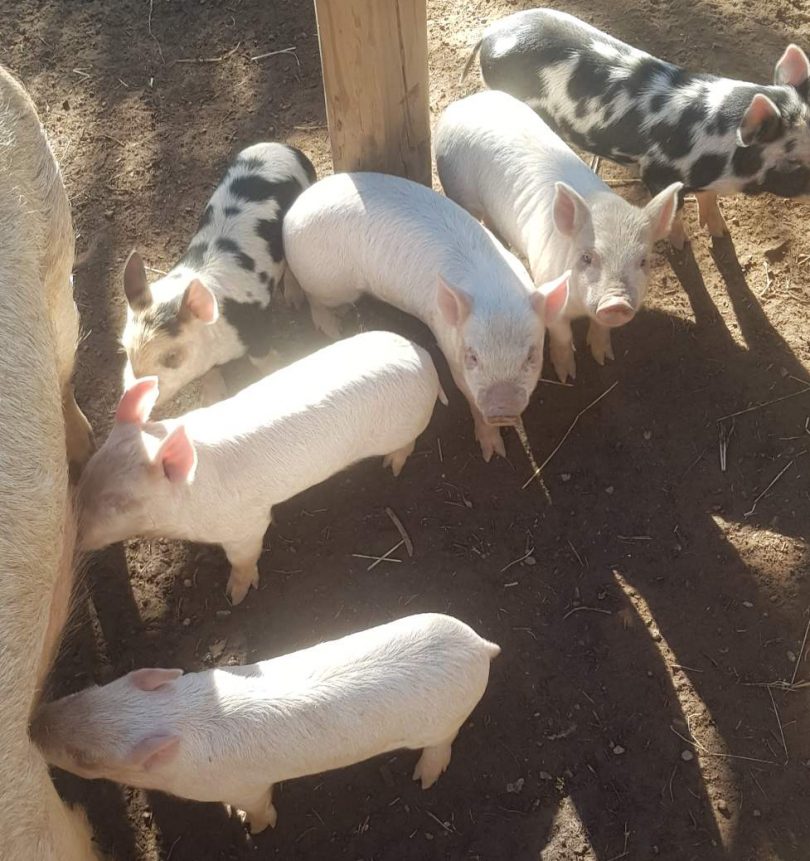 Four piglets allegedly stolen from the Yarralumla Play Station have made it all the way home after police and the RSPCA swooped on a Deakin residence yesterday (2 September 2020).

A 39-year-old man will face court today charged with possessing stolen goods after fencing was cut around the Weston Park property and the animals were taken from their pens on 27 August.

The other animals have not yet been found but the greatest concern was held for the piglets which weren’t old enough to be removed from their mother.

RSPCA officers assessed the piglets and removed them from the Deakin residence. An adolescent pig located in the back yard of the house was also removed.

The four piglets were then returned to the Yarralumla Play Station. 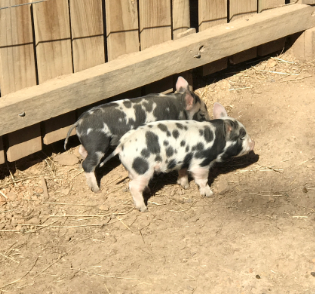 The man will face court today charged with possessing stolen goods and well as possessing a prohibited substance after police also discovered and seized nine cannabis plants, seedlings and hydroponic equipment while searching the property.

A number of firearms were also allegedly located and police expect additional weapons charges to be laid.

Anyone with information about the remaining animals is asked to contact police.

“I … hatched the chickens from eggs on my kitchen bench and raised them before bringing them into the farm, so all our animals are more than just farm animals to us and we would dearly love to have them all back,” a Play Station spokesperson said.

“The theft is in the hands of police but if you notice a neighbour or someone who has ‘acquired’ a group of animals like these, please reach out or contact police on 131444.”

Detective Inspector Adrian Craft of ACT Policing has also asked people to come forward with any information that will help in locating the animals.

“This is a very sad incident. We are concerned for the welfare of these animals and we, of course, would like the animals returned for all the children who visit the Play Station,” he said.

Anyone who may have information that could assist police, or who is aware of the whereabouts of the animals, is urged to contact Crime Stoppers on 1800 333 000, or via the Crime Stoppers ACT website. Please quote reference 6618860. Information can be provided anonymously.

Sam Da Cruz - 7 minutes ago
India Elise this why you were painting rocks yesterday??? 😂 View
Irene Kendall - 8 minutes ago
Beth Gardner last year we had teddy bears in windows, so it will be fun looking for the rocks. Stay safe and enjoy your walks... View
Sandra Cole - 21 minutes ago
WOW! Wonderful thought. View
News 15

Lizzie Parlane - 43 minutes ago
Incredibly disappointed. I have used both pools for 18 years now - through pregnancy, to teach my son to swim, to keep fit. T... View
Liz Yuncken - 2 hours ago
I'm so disappointed about this decision. AIS was almost the only place in the ACT that offered deep water aquarobics - other... View
Daniel Oyston - 3 hours ago
Business, “We can’t make enough money to stay viable” Clients, “Hang on. Have you asked us?” Business, “Sorry, go... View
Lifestyle 29

Justine Kennedy - 1 hour ago
Any instructions available on bird nesting boxes View
Corey Karl - 1 hour ago
Well eliminate Indian mynas and give the poor buggers a chance View
Robyne Mitchell - 5 hours ago
Gai Wil Unfortunately with a stick out like that encourages non native birds. Native birds only need a stick glued to the rou... View
Motoring 43

Timothy Bailey - 2 hours ago
I love letting it make its decisions, which also leaves more of me left over for the task of driving. I did try putting it in... View
Motoring 5

Graeme Tyers - 2 hours ago
James Forge will be interesting to see the next gen. 3lt petrol or diesel, RWD (potentially AWD) and a hybrid option... View
Dennis Williams - 3 hours ago
Love the styling totally agree the Mazda6 is a fantastic piece of design but when I test drove it many years ago I couldn't b... View
News 5

bikhet - 4 hours ago
The first sign of admitting, as NSW and Vic have done, that lockdown didn't work this time. It may have the first time around... View
Community 1

Didi Carmody - 5 hours ago
As a long time Raiders supporter it's been a tough year to watch. So much talent on the field but just not connecting. We mis... View
show more show less
*Results are based on activity within last 7 days