1 May 2017 | Capital Football
Start the conversation 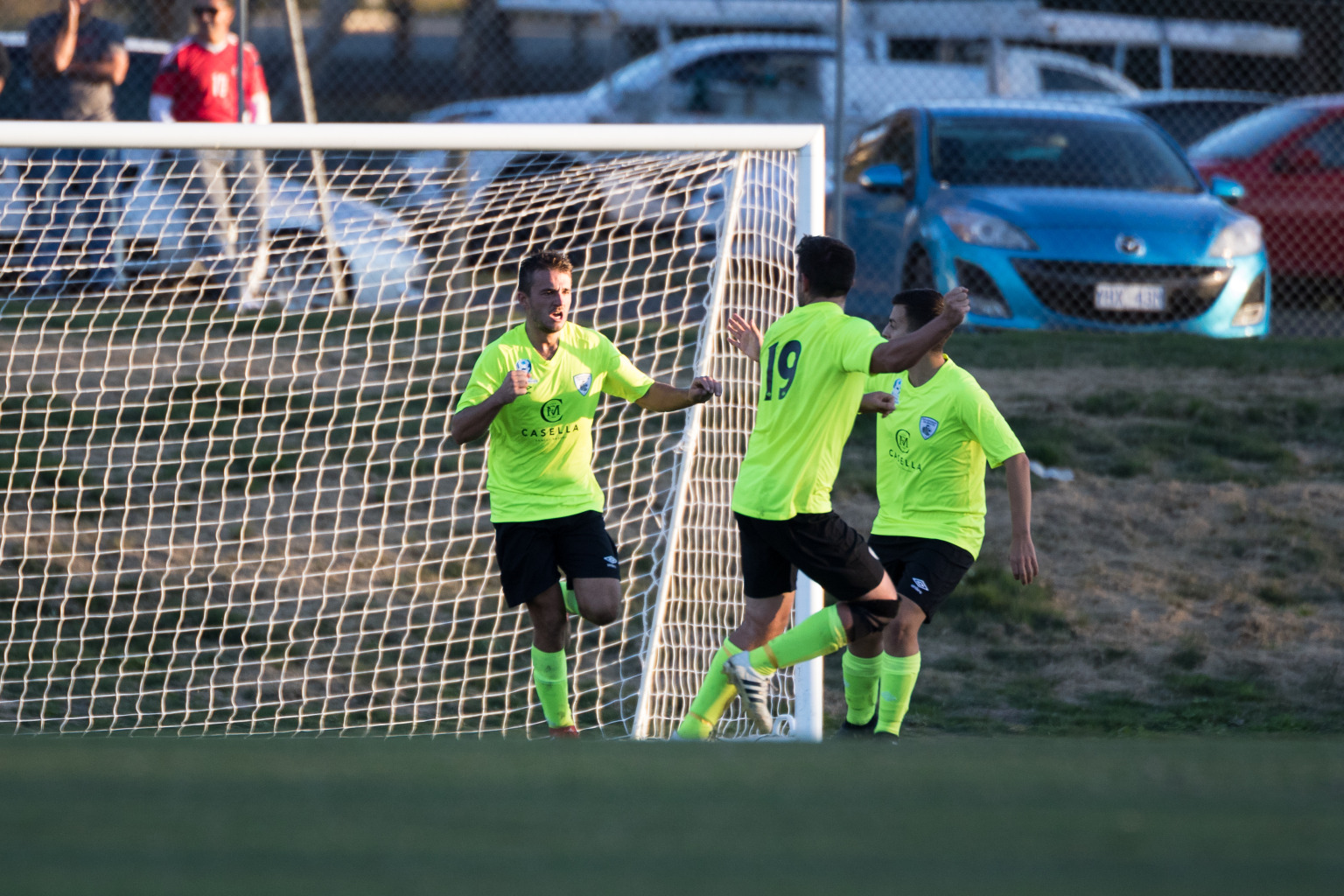 The Riverina Rhinos were once more involved in stoppage time drama as a 93rd minute goal from Darren Bailey rescued a point against Tuggeranong United.

Last weekend saw the Rhinos pegged back at the death for a draw, but it was their turn to spoil the party this time out. Tuggeranong started the stronger side at the AIS, creating a number of chances but were unable to convert and were punished as Lewis Burton got on the end of a cross to tuck home from close range. Niko Kalfas hit back almost immediately for the home side as he headed home from a corner, and the sides went in all square at the break.

Burton again gave Rhinos the lead ten minutes into the second half as he got his head to a corner to fire home for his second goal. Andrew Slavich however pulled Tuggies back on level terms in the 66th minute as his shot cannoned off the upright and in.

With both sides pushing hard it was Amilio Kishta who broke the deadlock for Tuggeranong with 17 minutes to go, as his brilliant free-kick nestled into the back of the net and gave them the advantage. But there was still another twist in the tale as Mitchell Woods’ long goal-kick was latched onto by Bailey who kept a cool head to finish and grab his side a share of the points.

Gungahlin United claimed a third-straight victory in the PS4 NPL with a 2-1 road victory over Monaro Panthers on Saturday as Jason O’Dwyer netted a brace for the visitors.

In and end-to-end encounter at Googong, Gungahlin got on the board first as O’Dwyer tucked home after just six minutes of play. Panthers were eager to respond however and pushed forward, and a long through ball from Daniel Felizzi perfectly picked out Patryk Bylinski up front on the break and he finished well to level proceedings.

But Gungahlin would not go away, and O’Dwyer’s second came not long after in the 27th minute as he scored his third goal of the season. Both sides continued to press forward up until the break but the score line remained unchanged at the half.

The second half began in much the same fashion, with an enthralling end-to-end contest playing out as Gungahlin looked to extend the advantage while the home side aimed to close the gap as time wound down.

Despite the Panthers’ best efforts however Gungahlin held on until the final whistle to keep Monaro winless after four rounds of Premeir League action.

Canberra FC maintained their perfect start to the 2017 season after four rounds as goals to Alex Oloriegbe and Thomas James gave them a 2-0 win over Woden-Weston at Deakin on Sunday afternoon.

On a perfect April afternoon, Oloriegbe gave the home side the lead against a resilient Woden-Weston backline with a towering header, before Thomas James doubled the advantage after coming on in the second half.

The FFA Centre of Excellence handed Tigers FC their second heavy defeat in as many weeks in Cooma, running out 4-0 winners as Mirza Muratovic bagged a hat-trick at Nijong Oval.

The young side came out firing after the news during the week that their program will close at the end of the season, and it took just 18 minutes for them to get on the board as Louis D’Arrigo fired a curling free-kick into the top corner of the Tigers net.

The Centre of Excellence began to take control of the match from there on, and doubled the advantage on 26 minutes as Muratovic finished well past Jack Miller in goals.

Melad Ahmad was causing problems for the home side as a creator and his slide-rule ball in the 34th minute found Muratovic in behind the Tigers defence to finish tidily past Miller again, and give the Centre of Excellence a 4-0 advantage as half-time beckoned.

Tigers struggled to impose themselves on the match and were unable to get their potent forward line involved as the visitors pressed and harried them in possession.

Muratovic completed his hat-trick and the rout on 61 minutes, as he finished off a lovely team-passing move from close range. The result leaves the Centre of Excellence undefeated so far, but has Tigers reeling have conceded 11 goals across their past two matches.

Canberra Olympic and Belconnen United played out a seven-goal thriller on Sunday, with Stephen Domenici netting a hat-trick as all the goals game in the second half.

After a minute’s silence before the match for the passing of Dean Ugrinic’s mother, the first half saw a goalless stalemate as both sides failed to take their chances and the forty-five petered out.

The second half appeared to be headed in a similar direction after the first 15 minutes, however Dustin Wells breathed life into the game in the 63rd minute as he finished off a United counter-attack. Olympic equalised just seven minutes later however, as Domenici challenged Belconnen keeper Finn Jurak in the air before poking home the loose ball as it came back to the ground.

Jurak left the field with a broken finger after that challenge, and Domenici put his side ahead in the 81st minute with a well-taken goal as the home team took control of the game, and doubled the advantage from the penalty spot with four minutes left in the game.

Belconnen were not done with yet however and they surged forward late to get back into the contest. Michael Taurasi’s tidy finish with a minute left on the clock breathed life into the match, but Jordan Tsekenis was able to seal the victory for Olympic in stoppage time as United poured the other way in search of an equaliser.

Wells grabbed his second shortly after to halve the deficit again, but time was not on Belconnen’s side as Olympic finished with the three points.