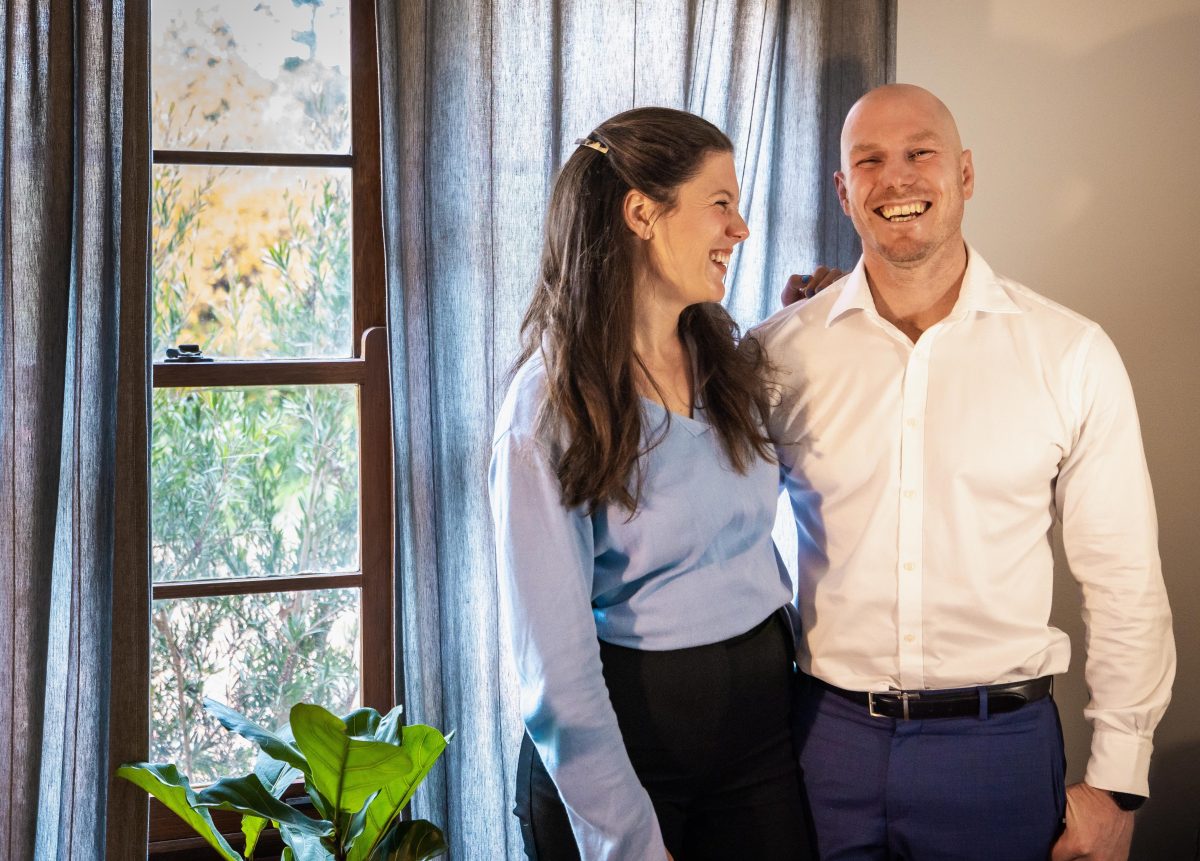 A happy David and Emma Pocock on Tuesday: “If it comes down to negotiating good outcomes for the people I represent, I’m happy to do that.” Photo: Lincoln Magee.

The ACT’s new Independent Senator may believe in collaboration and a new way of doing politics, but the quiet man will have no qualms about waving a big stick if required.

Speaking to Region Media after the Australian Electoral Commission distributed preferences to propel him over the line to take Liberal Zed Seselja’s seat in one of the election’s great upsets, David Pocock said he knew all along that joining the Senate crossbench would potentially put him into a position where he could hold the balance of power.

With a to-do list that includes key campaign issues like territory rights, an integrity commission, action on climate change and a fairer infrastructure deal for the ACT, he isn’t about to let the new government walk away from its commitments and what’s right for the country.

While he acknowledged Australia was facing a tough budget situation and the unfolding energy crisis, he said Labor should keep faith with voters.

“I think there’s real opportunity to ensure that the government delivers on its promises,” he said.

“And that legislation that passes through is in the best interests [of the nation] and is actually dealing with these big problems.”

Mr Pocock saw his job as holding the government to account and getting the best possible deal for the ACT.

That would include horsetrading if necessary, but he planned to be pragmatic and constructive to achieve outcomes. However, one thing he won’t compromise on is the establishment of an integrity commission with teeth.

“One of the messages that was loud and clear … is that people are so sick and tired of issues being politicised to the point that we just don’t get action and everyone misses out. I think we’ve got to move beyond that,” Mr Pocock said.

He acknowledged it would be a balancing act, but he would be putting an ACT lens on issues.

“We need to see more of a focus on Canberra. Politically, it’s not probably a great thing to do, but it’s something that needs to happen.

“I’ll be pushing for that. If it comes down to negotiating good outcomes for the people I represent, I’m happy to do that.”

Mr Pocock said he had already met with Chief Minister Andrew Barr and Opposition Leader Elizabeth Lee to hear their concerns, as well as new Minister for Territories Kristy McBain about moving forward on repealing the Andrews Bill so the ACT could debate and legislate voluntary assisted dying in the Legislative Assembly if it decides to.

He believed now was the time to overturn the Andrews Bill and give Canberrans the right to decide for themselves, and it wouldn’t cost the Albanese Government anything.

Mr Pocock said energy consumers were paying the price of a decade of inaction that avoided the policy settings required to encourage the transition from fossil fuels.

He said the government needed to press on with a plan for that transition and invest in research and development, particularly for moving industry off gas.

“We’ve got to be working on both the generation side of things, but then also the household level. How do we unlock those savings that come with electrifying households?”

Mr Pocock said that as a new Senator it would be a steep learning curve at Parliament House, but he had sought advice from Tasmanian Independent Jacqui Lambie. Members of his campaign team also had plenty of experience in the public service and knowledge about the Senate.

“Over the next month or so, we’ll be doing a lot of reading and preparing for it,” he said. “It’s a great challenge. A lot to learn. Very exciting.”

He would also kick off in July the first of what will be quarterly town hall meetings to hear community concerns and aspirations, report back to constituents and stay connected to the electorate, including those who didn’t vote for him.

“To me, that’s what democracy is – you vote for someone who’s going to work for you,” Mr Pocock said.

On election night, a supporter told Mr Pocock that his young daughter had wanted to volunteer on election day to hand out how to vote cards and asked her why.

“And she said, ‘Well, Dad, I can volunteer for David on election day, and then he’ll work for me’,” Mr Pocock said. “That’s such a good way of putting it. The kids get it. That’s the way it should be.”

Good to see that Poccock has the political speech and spin lined up, he will fit right in. Also good to see, he’s willing to put his principles to the side to offer his vote up to achieve outcomes for Canberrans. Which is a large part of why he got elected.

Not sure how this fits in with the claims around doing what’s best for the country and ensuring we have an effective integrity commission with “teeth” but who cares.

It’s not a lie if you believe it. The politicians motto.

Electricity prices are going to skyrocket as the wholesale price of electricity is maxing out on the cap. What plan does Pocock have for an alternative to fossil (live saving) fuels?

Power stations keep the lights on, not research and development alone.

Article about the lack of funding for the NGA

Domain in January reported Canberra house prices were the second highest city in Australia behind Sydney. Canberra’s properties increased approximately 29 % in the last year (March 2022) plus an increase in the six months prior.

Stopped the move “proposed” and ensured Immigration stayed BUT
DHA (which were located in the City) he relocated, so for anyone who lives in Tuggernong or surrounding NSW the move is a much longer commute.

Redevelopment of the AWM money that could have been spent elsewhere. Like on more public housing, education, health or many other areas.

PBS – I thought there had been some cuts.

Job keeper- waste of billions to Gerry Harvey and others like him!

Jane Kennedy how much more (billions) could the money have done for the businesses that couldn’t keep their doors opened? The rich got richer… disgusting.

U mean the Sook!

Good luck with it all! Continue to help make ACT lives better.

Scott Abela well we’ll see. He has to be better than the Zed!

Excellent effort to eliminate the most useless senator in living memory 👍🏼😊

Gerry, you must have a short memory. 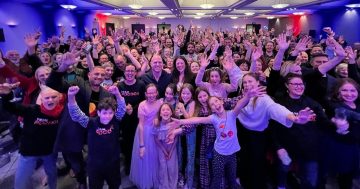