Jacka father charged with murder of 8yo son

Jacka man Graham Dillon, 37, appeared in the ACT Magistrates Court this morning in relation to the alleged murder of his 8-year-old son last night.

The accused, a wiry man with fair hair and extensive tattooing on his neck, appeared before Chief Magistrate Lorraine Walker shortly after 10.30am in relation to three charges of assault between January 1 and February 16 this year and one count of murder.

His solicitor made no application for bail and he will face court next on March 1. 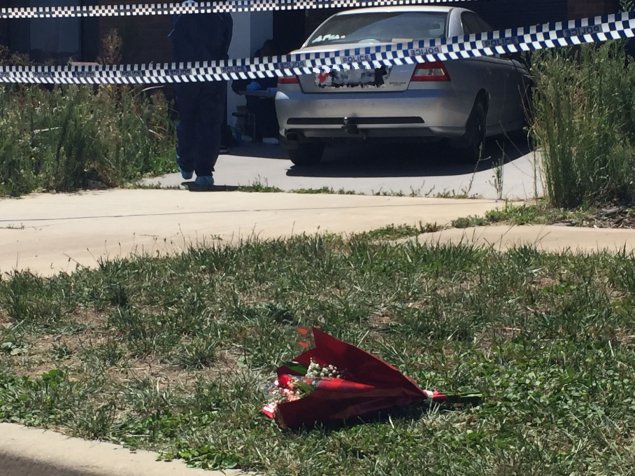 The man’s young son died in hospital last night after Police and ACT Ambulance Service officers transported him from the crime scene, a home in Jacka, Gungahlin (pictured this afternoon).

The police investigation is ongoing. Anyone who may have witnessed the incident or has any information that could assist the investigation and has not yet spoken to police is urged to contact Crime Stoppers on 1800 333000, or via act.crimestoppers.com.au. Information can be provided anonymously.

I don’t think there is more domestic violence now than years ago – just expect better behaviour now.
Not all violence being reported is domestic violence. The scum who are bashing the elderly, punching others in the street, drunken brawls, gatecrashing parties, assaulting ambulance drivers, nurses, teachers and police officers are these all products of being hit at schools?
I don’t expect teachers to hit students in order to provide discipline but someone needs to step up. Groups of high school kids think its alright to fight and hurt others.

Need to understand why so many young males are extremely violent. Obviously the no discipline methods at home and school don’t work.
Only have to listen to the news daily to recognise the patterns.
No respect or empathy for others seems to be the norm.
So many violent offenders walk out of court and laugh at the system.
This case is horrific but so are the many deaths and bashings caused by violent perpetrators.

Why do you think there is more domestic violence now than in previous generations? In the past some violent domestic actions were accepted, if not condoned, while there was far less reporting of domestic violence and far less action taken about it.

With that in mind, it is hard to fathom how todays “discipline methods” are the contributing factor. Would it not be the opposite? When a school teacher is allowed to hit a child for misbehaviour then it is clear to the child that violence is a legitimate means of enforcing “discipline”, so of course when that child grows up they are going to also think it acceptable. If you’re already hitting a child as part of general discipline, it’s not much a much further step for that punishment to get out of hand. It’s a much larger leap to beatings at home when it’s not part of the daily repertoire.

Need to understand why so many young males are extremely violent. Obviously the no discipline methods at home and school don’t work.
Only have to listen to the news daily to recognise the patterns.
No respect or empathy for others seems to be the norm.
So many violent offenders walk out of court and laugh at the system.
This case is horrific but so are the many deaths and bashings caused by violent perpetrators.

Another person will go to jail and be released as a broken person later in life and the indecent cycle will continue.
Why do we do so little to work out why this happens?

Poor little kid. I am really crushed by this. How can this happen?

FYI the father’s name has been reported in other more mainstream media.

Have added it back in. There was a suppression order in the works but it didn’t happen in the end.