Police are investigating a suspicious fire at the Canberra Railway Museum this morning, just hours before it was due to reopen.

Around 7:00 am, police responded to reports of a fire at the Canberra Railway Museum on Geijera Place, Kingston. Firefighters attended and extinguished the fire, which caused significant damage to three train carriages.

An ESA spokesperson said one carriage has been completely destroyed but firefighters stopped the fire from spreading to the adjacent carriages.

Following an analysis of the scene, police are treating the fire as suspicious.

The museum was reopened to the public this morning after three years of drama including liquidation, a forced stock auction, multiple break-ins and the theft of irreplaceable parts.

Police would like to speak to anyone who may have witnessed the incident, or who noticed anyone acting suspiciously near the Railway Museum in the early hours this morning. 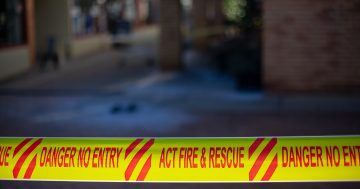