Police are calling for witnesses to come forward and have issued a warning to parents and schools after two children were approached by men in vehicles in the last week.

Around 5:45 pm on Thursday 20 June, it is alleged a man stopped his vehicle next to a child on Bromby Street, Isaacs, before he got out of the vehicle and spoke to the child. The child did not respond and fled the scene.

Police have released a face-fit image of the alleged offender, who is believed to be 50-years-old with a grey-coloured beard, dark eyebrows and a scar over one eye. The man was wearing a dark beanie, gloves and a dark coloured T-shirt with a skull on it. 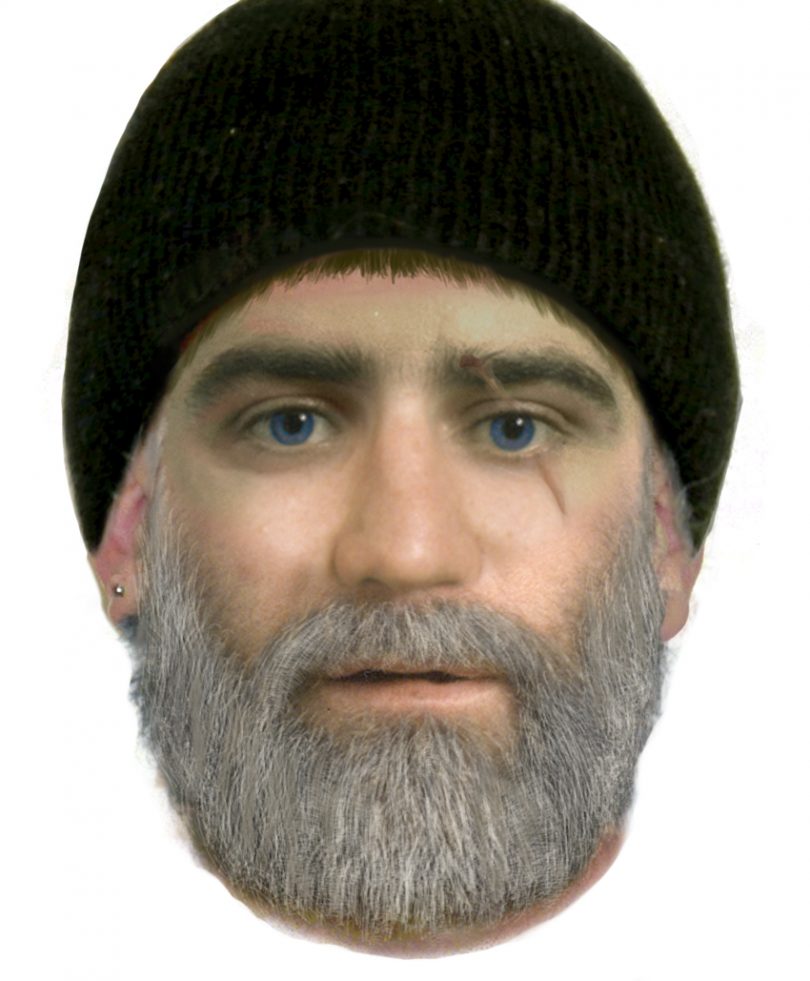 Around 3:40 pm yesterday (27 June), a child was approached by two men in a vehicle while walking along Sturdee Crescent in Monash. The child ran away down a nearby laneway.

While neither child was injured, police are taking these approaches seriously and investigating both incidents.

Anyone who has any information including CCTV or dash-cam footage from the area that could assist police is urged to contact Crime Stoppers on 1800 333 000, or via the Crime Stoppers ACT website.

An ACT Policing spokesperson encouraged parents, guardians and teachers to make sure children understand how to keep themselves safe, particularly when walking to and from school, and to teach children about stranger safety.

“If you become aware of an incident or notice anyone acting suspiciously around a school or child, contact police immediately on 131 444 or in the case of an emergency call 000,” the spokesperson said. “The quicker police can respond and attend to an incident of this nature, the quicker they can target the area and surrounds.

“More information on ways to help children to stay safe is available on the Constable Kenny Koala website.”

Kaija Murray - 13 minutes ago
Wendy Whitnall I actually love the front end 💜 View
Wendy Whitnall - 40 minutes ago
Kaija Murray you should get the new BMW it looks great, I might have a look. Sounds meaty 👍 View
ChrisinTurner - 4 hours ago
Imagine the performance it would have if it was an EV. View
Community 4

Jorge Gatica - 57 minutes ago
Alex Troy Elsworth Adkins dog parks are an accident waiting to happen View
Alex Troy Elsworth Adkins - 1 hour ago
Would love to see more dog parks. I know most neighbourhood ovals can already be used for this but they are not fenced which... View
Samuel Gordon-Stewart - 2 hours ago
Leave them alone! Lovely open green in our urban jungle space should remain lovely open green space as much as possible. View
News 16

Alex Nicolson - 2 hours ago
Albert Blair It did show the gubmint was trying to do something but I agree it seemed pretty ineffective. View
Scottie Zuxkerberg - 7 hours ago
I had no idea these vouchers were on offer, so a 100% total failure from my perspective... pretty much the usual from this in... View
Daniel Oyston - 7 hours ago
Scott Abela sorry, confused how free parking would fix it all 🤷‍♂️ View
News 35

Tim Evans - 2 hours ago
They were useless. View
Justin Alexander - 7 hours ago
Bekah Glaz there are drastic shortages in certain subjects (in some schools 70% of their “maths” teachers aren’t traine... View
Community 1

Flinders Doyle - 4 hours ago
Love Meating You . Great customer service and the quality is the best! View
Community 5

ChrisinTurner - 6 hours ago
Is this another example of land speculation like City Block 1 Section 96? View
Robert Mair - 7 hours ago
A increased employment base in Gungahlin will lead to more population occupying more high density residences leading to more... View
Property 10

Kate Eliza - 8 hours ago
Hristo we are building a farm house right now and can Def attest to the huge increase in costs of building materials.. and di... View
show more show less
*Results are based on activity within last 7 days

@the_riotact @The_RiotACT
Lake George is lapping at the highway after recent rain - that story and all the top #news and features in this week's newsletter. Subscribe now! https://t.co/jghXdK3ZbG (1 hour ago)

@the_riotact @The_RiotACT
Penelope Twemlow and Annika Reynolds are two very different individuals who are being celebrated for overcoming their own #trauma to give back to their #communities https://t.co/PrkjU2Ewnw (4 hours ago)