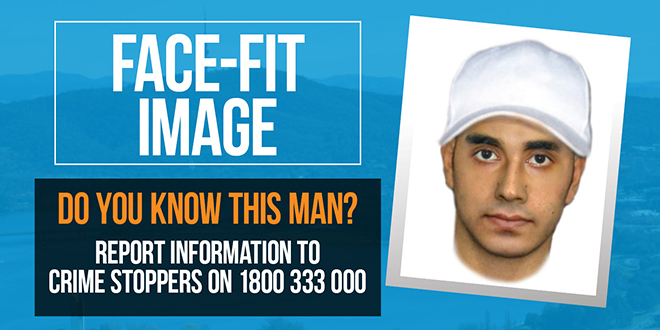 ACT Policing has released a face fit of the knife-wielding man who allegedly threatened a woman in Barton last Saturday night (22 September).

About 10 pm, a 26-year-old woman was walking along Darling Street near the Barton Tennis Club when a man ran at her with a knife.

The woman was forced to the ground and told not to scream. Shortly after, the woman noticed two people nearby and called out to them. The man released the woman and fled the scene on foot towards Telopea Park.

During the incident, the woman received cuts to one hand and was taken by ambulance to the Canberra Hospital.

An extensive search of the area, including the use of dog teams failed to locate the man. 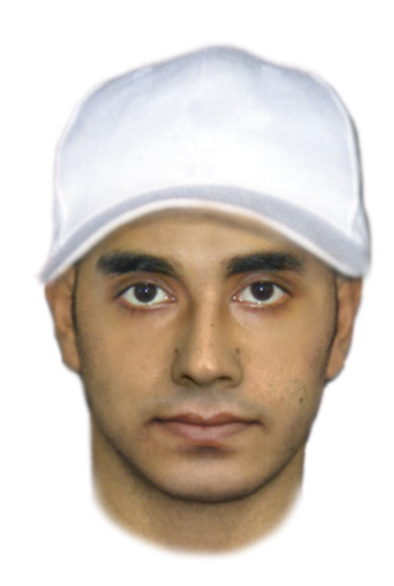 The offender is described as a man in his late 20s-early 30s, Mediterranean/Middle Eastern in appearance, approximately 170cm (5’7”) tall with a slim build.

He was wearing a white t-shirt, black pants, a black puffer jacket, white cap and was barefoot.

Dee Kaden - 6 minutes ago
That could almost be 5,400 homeless off the streets!!! View
Slim Hunter - 2 hours ago
Natives or weeds that require watering?🤔 View
Jim Andrews - 4 hours ago
Nathan Burraston With respect my friend, you dont know what you are talking about. First up you cant just plant a tree anywhe... View
Lifestyle 24

Jim Webb - 10 minutes ago
Looking forward when it reopens. 2019 image View
Di Green - 56 minutes ago
I so enjoy these gardens View
Vee Bee - 4 hours ago
We miss it so much :( View
Community 32

Chris Davis - 12 minutes ago
Hope they check out how Narooma runs it View
Steph Hamleed - 26 minutes ago
Melanie Leedham bring the kids to this View
Acton - 60 minutes ago
In 1992, a shipping container of 28,000 rubber ducks fell overboard on its way from Hong Kong to the United States. Carried b... View
News 17

Sam Oak - 25 minutes ago
Wrong, even with no restrictions the death toll from covid would still be less than the flu. That’s because people naturall... View
MERC600 - 50 minutes ago
Well had a quick look at this, a heap of possible dates and possible openings and possible closings ( if it goes backwards ).... View
Capital Retro - 1 hour ago
Facts have nothing to do with politics. View
Opinion 45

@The_RiotACT @The_RiotACT
Got an incredible idea for a #startup that will change the world? The @CBR_IN and @MeyerVandenberg say getting legal advice early can save you a whole lot of pain down the track https://t.co/P9C9WvzEpN (30 minutes ago)