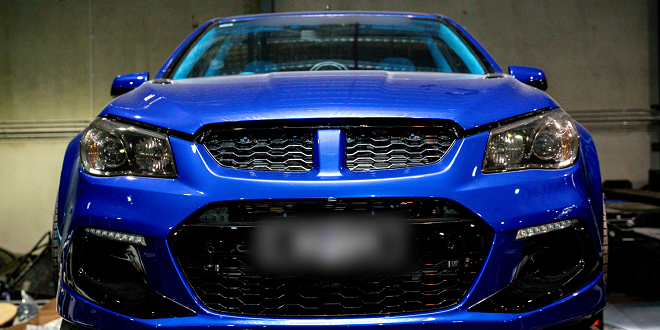 A Holden Maloo has been surrendered to police. Photo: ACT Policing.

ACT Policing has thanked the public for information that has led to a heavily modified Holden Commodore (HSV Maloo) utility being surrendered to police.

On 8 December 2020, ACT Policing executed search warrants concerning alleged drug trafficking and proceeds of crime, and a man was arrested and charged with numerous offences.

While a number of other items were seized and restrained, investigations identified one vehicle that had not been surrendered.

The vehicle was consequently subject to action under the Confiscation of Criminal Assets Act 2003, leading to its recovery on 23 June 2021.

The utility and other items taken by police will now be the subject of civil proceedings under the proceeds of crime legislation, stemming from the offences alleged on 8 December 2020.

Proceeds from the sale of confiscated criminal assets go to fund a range of measures in the ACT, including crime prevention activities, assistance to victims of crime, the prevention of drug abuse and the rehabilitation of drug use.

Anyone with information about the sale and supply of illicit drugs in the ACT is urged to contact Crime Stoppers on 1800 333 000, or via the Crime Stoppers ACT website. Information can be provided anonymously.