Following the success of last year’s Project Safe Plate, ACT Policing and Westfield Woden have once again joined forces to reduce registration plate theft through a free program to be conducted this Sunday (September 19).

Between 11am and 3pm, ACT motorists are invited to drive their cars into the ground floor of the Neptune Street car park at Westfield Woden, where they will have their vehicle registration plate screws replaced with tamper-proof screws by ACT Policing officers and recruits.

Replacement of the screws will be conducted free of charge, with Westfield Woden supplying the tamper-proof screws.

South District Superintendent Lesa Gale said that around 1200 registration plates were reported stolen to police last year and that community initiatives such as Project Secure Plate are an important way to make it tough for these thieves.

“When someone steals your vehicle registration plates, you effectively become a victim of identity theft,” Supt Gale said.

“Offenders then use your identity in an attempt to disguise their criminal intent. Our goal, through these free programs, is to try to prevent that from happening.”

Project Safe Plate aims to make it harder for thieves to steal registration plates, and then use the stolen plates to commit further offences, including petrol drive-offs, burglaries and traffic offences.

In addition to securing registration plates, Constable Kenny Koala will be making an early morning appearance for the kids. 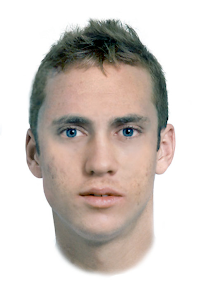 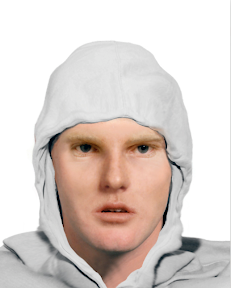 ACT Policing has released facefits of the two suspects sought over an aggravated robbery which occurred in Weston on Sunday, September 12.

Around 9.45pm on September 12, two males, one aged 18 and the other 19, were walking along Streeton Drive when they were approached by two unknown offenders.

Both victims were verbally threatened and a knife was produced by one of the offenders, before the 19-year-old male victim was pushed to the ground, and forced to hand over his backpack.

The offenders stole the two victims’ mobile phones and some cash, and fled the scene on foot in the direction of the Weston Creek tennis courts.

The first offender is described as Caucasian, aged in his early twenties, about 193 cm (6’3”) tall, with a medium build and was wearing a light-grey coloured hooded jumper and black cargo pants.

The second offender is described as Caucasian, aged in his early twenties, about 178 cm (5’10”) tall with a medium build, short dark-blond hair and a “rats-tail” hairstyle. He was wearing a fitted light-grey T-shirt and black cargo pants at the time of the offence.

Police are urging anyone who witnessed the incident or saw two males matching the above descriptions in the Weston area on or about September 12 to contact Crime Stoppers on 1800 333 000, or via the Crime Stoppers website on www.act.crimestoppers.com.au.

3. The rising price of copper:

ACT Policing is seeking witnesses to a significant theft of valuable copper cabling from a construction site in Brindabella Circuit, Majura this week.

Police believe the heavy duty cabling, which is between 60 and 80 metres in length, was stolen from the site sometime between 5.30pm on Tuesday (September 14) and 5.30am Wednesday (September 15).

The copper cable, which is encased in red plastic, had been laid underground in a cabling pit on the day prior to the robbery in readiness for connecting to future lighting and electricity.

It is suspected that the thieves entered the construction site, alongside the Caltex Airport Starmart, and used tools to cut the cable and remove it. The weight of the cable is estimated around 200kg, which would suggest that two or more offenders were involved in the robbery. A utility, light commercial vehicle or similar would have been required to carry away the stolen goods.

Police are seeking any witnesses who may have seen any suspicious vehicles, people or activity in or around the construction site on Tuesday evening (September 14) or in the early hours of Wednesday morning (September 15) to contact Crime Stoppers.

4. The face of the alleged City Hill rapist: 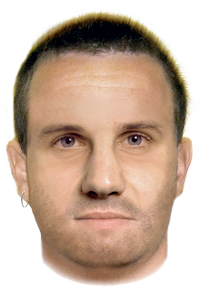 ACT Policing has released a facefit of a suspect sought over a sexual assault which occurred at City Hill on Friday, July 23.

The woman had been walking through the parkland of City Hill from the western side of Vernon Circle around 3.15pm on Friday July 23 when she was approached from behind and grabbed by the face and shoulders.

The offender pushed her against a tree and assaulted her. He then ran off in the direction of Constitution Avenue, and was heard to yell at the victim as he left the location.

The offender is described as aged in his late 20s or early 30s, having light brown hair in a crew cut, a large nose, short fingernails, and silver ear ring in his right ear. He was wearing a navy polar fleece jumper with a front zip, and blue jeans.

Police are appealing for any witnesses who may have seen a man answering to this description who was acting suspiciously in the area of City Hill or Constitution Avenue on Friday 23 July to contact Crime Stoppers.

Still got my plates .

That should have read after having those tamper-proof screws by ACT Policing officers and recruits at Belconnen a few years ago. Nice bunch or guys to chat with.

Gee, it’s kind of terrible that someone could be assaulted at 3 in the afternoon in the middle of the city.

“ACT Policing is seeking witnesses to a significant theft of valuable copper cabling from a construction site in Brindabella Circuit, Majura this week.”

A recent wander ’round the old zoo on Mugga Lane leads me to suggest it is a popular hang out with people who like to steal cable and strip the cover off to sell it.

Geez ‘facefits’ are getting better and better these days.

Still got my plates .

Denise Bourke - 5 hours ago
More dodgy research on this eh? Like the research on having weed in family backyards? Kids form addictions without parental c... View
Iain Somerville - 11 hours ago
This is not just about the right to choose to die. It is also about Canberrans being classed as lessen citizens by being deni... View
David Newman - 11 hours ago
Linda, exactly. It’s as if the ACT’s and NT’s residents have a lesser right to self determination than residents of the... View
Lifestyle 8

James Forge - 8 hours ago
Ben Oostermeyer I agree. The usual excuses of transport costs and lack of competition don't wash when fuel that has to travel... View
News 10

kenbehrens - 9 hours ago
Government charges contribute towards the high cost of rent in Canberra. It's Government policy to increase Rates, to a level... View
Geoffrey Bell - 11 hours ago
Mandy Truman $206 cheapest share place i could find. https://www.allhomes.com.au/share/search?region=canberra-act&district=gr... View
Mandy Truman - 12 hours ago
I'm full time uni and I got made redundant from my job and then got a casual job but haven't had work for 10 weeks. I would h... View
News 246

Claire O'Brien - 9 hours ago
My sister broke her back on this same flying fox in the late 80s/early 90s. The drop is too high in areas. My daughter did na... View
show more show less
*Results are based on activity within last 7 days