An alert off-duty AFP member who identified suspicious behaviour in a street in Ngunnawal yesterday morning (Tuesday, September 28) aided ACT Policing in recovering property before it had been reported stolen, with further enquiries leading to two subsequent arrests.

The AFP member contacted Police Operations around 11.25am yesterday to report seeing two suspicious males carrying two flat screen televisions from a vehicle into a residence in Ngunnawal.

A short time later, police made enquiries at the Ngunnawal residence and seized two flat screen TVs and a DVD player as suspected stolen property.

Around 2.20pm, police were contacted by a home owner in Dunlop, who said that her home had been burgled earlier in the day and two TVs and DVD player stolen. Police informed her that her property already had been recovered.

A 23-year-old Hawker man and a 24-year-old McKellar man were taken into custody and will face court today charged with property crime offences.

Great work, how dare these scumbags steal other people’s property that they have worked hard for.

Now that’s my kind of policework.

Good work, guys! Doughnuts all round!

Bahahaha this made my day. Good Work

Recovering stolen property before it had been reported stolen? Excellent work!

I wonder if they found my hub caps?

ACT Policing sound rightly proud of that one.

gold – Is this a case for overtime payments 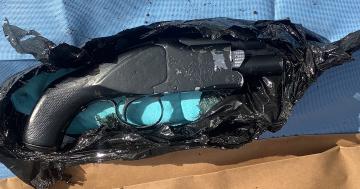