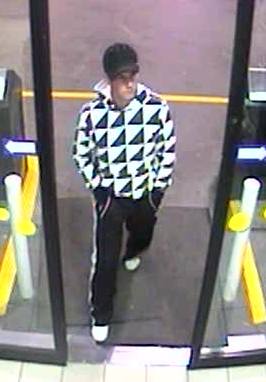 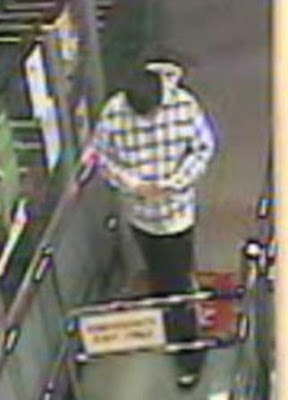 ACT Policing has released images of individuals suspected of attempting to rob two businesses in Calwell earlier this month.

The male is described as Caucasian, approximately 173cm (5’8”) tall, aged between 19-20 with a medium build and short spiky hair. At the time of the incident, he was wearing a patterned white hooded long sleeved jacket and full length dark pants.

Later that evening around 10.50pm, police attended the Caltex Service Station on the corner Were Street and Webber Crescent in response to an alarm. A male employee told police that an unknown male had walked into the service station and demanded cigarettes and money. The employee handed over a packet of cigarettes, but was unable to open the register. The offender then left the store on foot.

This male offender is described as Caucasian, approximately 168cm (5’6”) tall, aged between 18-20 with a medium build. He was wearing a white hoodie and blue jeans.

Police believe these may be two separate offenders, and that the incidents are not linked.

Anyone who may have witnessed suspicious behaviour in the vicinity of Were Street in Calwell on Saturday night, or recognises either of the individuals in the above images is urged to contact Crime Stoppers.

ACT Policing’s Collision, Investigation and Reconstruction Team (CIRT) are seeking witnesses to a two vehicle collision which resulted in the death of a woman today (April 30) in Weston.

Around 12.13pm police were called to the intersection of Hindmarsh Drive and Brierly Street where the collision occurred. The female driver, the only occupant of the first vehicle, died en route to hospital. The driver and one of the three children in the second vehicle were also taken to The Canberra Hospital.

Brierly Street south bound and one lane east bound on Hindmarsh Drive are closed and will remain so for several hours. Police are appealing for people to avoid the area.

This is the eleventh road fatality in the ACT for 2010.

Anyone who may have witnessed the collision and is yet to speak to police is urged to contact Crime Stoppers.

If you can help police contact CrimeStoppers on on 1800 333 000, or via the Crime Stoppers website on www.act.crimestoppers.com.au.

Must be desperate if they tried a Woolies. Judging by the time, they were probably a bigger moron than it would normally appear, I’m guessing that the woolies would have been the last option after finding out that the rest of the shops were closed.

You look at the front of their house. Almost without fail they manage to turn their indoor furniture into outdoor furniture…

“and a single day’s takings as well as involving a little more brain power than demanding “gimmie duh moneh!”.”

I would imagine that those with the brain power to muster up an idea better than a snatch and grab would also be the type to realise how stupid it would be to rob someone in the first place.

Shots like these should be routinely distributed and published, perhaps as a media licensing requirement – front page of local rags and on the local TV news – and also on community notice boards.

Don’t ban hoodies, they are such an easy way to identify low life crims, just make it legal for police to shoot people wearing hoodies on sight, even if they haven’t done anything, if they are wearing one it is only a matter of time

If wearing a hoodie was a crime, how would that decrease crime?

by the sherry bottle neck sticking up through the crumpled end of a broan paper bag..? that, and the smell…

unfortunately they will probably get away with it, and even if they do get caught it will be a slap on the wrist until they escalate to murder little old ladies

I have often wondered what was going through the minds of people when they hatch the ide of stupid crimes like these. Apparently not a great deal. They screw their lives for so little. I might have even a smidgeon of respect for them if they would even think big and plan a heist with some reward greater than a carton of cigarettes and a single day’s takings as well as involving a little more brain power than demanding “gimmie duh moneh!”.

Agreed, neanderthalsis, there’s a definite fashion statement amongst the criminal class. Here we see the trend for this autumn season – monochrome. Our thugs wear black trousers teamed with black and white hoodie, white shoes and black headwear to complete the ensemble, captured by the talented photographer, CCTV.

Chelle Belle - 3 hours ago
I agree the vacant hospital should be used for addressing low to medium mental health issues. Problem is getting the psychiat... View
Anne Christoff Frampton - 1 day ago
Jarrod Male please don’t blame yourself.teenagers needing help can be very stubborn and refuse any help and what are we as... View
Kay Jones - 1 day ago
Jarrod Male yes it's very hard View
News 49

Annie Mills - 8 hours ago
Well said, the leaked information was clearly biased and wholly unreliable! Stating that planes deliberately flew low for a g... View
Bec Kelly - 20 hours ago
I think the issue is that the Canberra Times wrote the article - they are after a head line and people to pay for their subsc... View
Property 35

@The_RiotACT @The_RiotACT
Thinking of buying or renovating: A blindsided Andrew Barr has taken aim at the one-size-fits all approach of the Federal Government's stimulus package for the housing sector, warning it is too generous and may jack up house prices https://t.co/XgVdOjnX0o (21 minutes ago)

@The_RiotACT @The_RiotACT
The ACT Government's plans for a small car park opposite Cooleman Court in Weston that will cost more than $600,000 is fast becoming a political hot potato for Transport and City Services Minister Chris Steel https://t.co/zn39fiNsMu (2 hours ago)