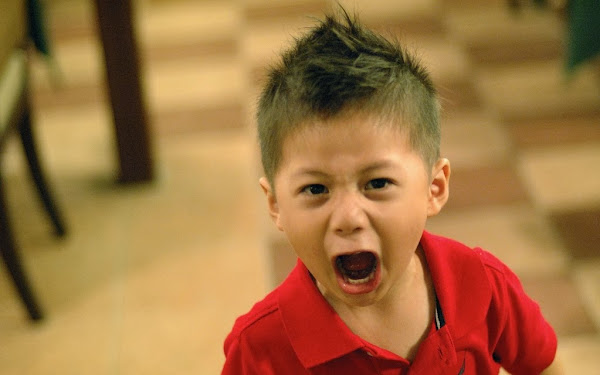 It was all business for a while there press-release-wise, it’s good to see the people we elect into positions of power and responsibility have managed to get back to the important task of spending their time attacking each other.

Wait, did I say good? I meant horribly depressing.

“I strongly reject any accusation by the opposition that the ACT Government has a history of manipulating waiting lists,” the Chief Minister said.

“This accusation is simply untrue and is not supported by any evidence. It’s time the opposition leader stopped having it both ways when commenting about this important area of service delivery in the ACT health system.

“The opposition leader is on the record criticising the government about waiting times for surgeries in the ACT health system, however, also he is now seeking to criticise the government for rolling out a new and legitimate way of managing waiting lists for elective surgeries.

“Mr Hanson cannot have his cake and eat it too on this issue and while the government is getting on with the job of managing this complex area of our health system the opposition is getting bogged down in baseless political attacks.

One Response to Politicians getting cranky, probably need a nap
Filter
Showing only Website comments

I choked when I read “I strongly reject any accusation by the opposition that the ACT Government has a history of manipulating waiting lists”. Tea came out of my nose.

aussie2 - 2 hours ago
Firstly I would be challenging directing all southbound traffic to Woden interchange. We are spread out. Surely those outside... View
chewy14 - 4 hours ago
I actually like what they are proposing here and I think integrating the CIT into the new development space is a sensible mov... View
JC - 8 hours ago
So true. It’s far easier to whinge about anything and everything. Though think the core issue is many here just don’t lik... View
News 9

Capital Retro - 7 hours ago
You can't help bad luck OI L. View
Capital Retro - 10 hours ago
Home batteries generally are duds: https://www.solarquotes.com.au/blog/battery-test-centre-reports/?utm_campaign=sq_news_week... View
Ol L - 11 hours ago
Interest free but still a loan. And who would want a second hand EV given their finite batteries? And yes I do own one. View
News 2

chewy14 - 13 hours ago
Dolphin, The Greens will never be a realitisic alternative whilst they refuse to deal with reality when determining their pol... View
dolphin - 1 day ago
its not hard jwinston, just look at the libs and you understand why. they are just too socially conservative for most of us.... View
HiddenDragon - 1 day ago
"....The question now is making it work and be accessible to as many Canberrans as possible..." No, Zed, the question is and... View
News 31

Kristine Evans - 22 hours ago
Andrew Barr Then you need to let parents into schools before this happens. View
Christopher Marlowe - 1 day ago
Jenna Vdv that's why HECS/HELP exists View
Rod Phillips - 1 day ago
I'd like to see a bit more planning and less guessing all round! We've seen the impact of poor quarantine procedures through... View
Food & Wine 2

@The_RiotACT @The_RiotACT
Running seven marathons in seven states in seven days will be uncomfortable says Kaiti Penrose who is one of six runners in the region taking on the Bravehearts challenge to end childhood violence https://t.co/Briu2xeOMC (3 hours ago)

@The_RiotACT @The_RiotACT
Galilee School will be opening for year 11 and 12 students in 2021 creating opportunities for students challenged by mainstream education https://t.co/gGkYC1X3yN (4 hours ago)