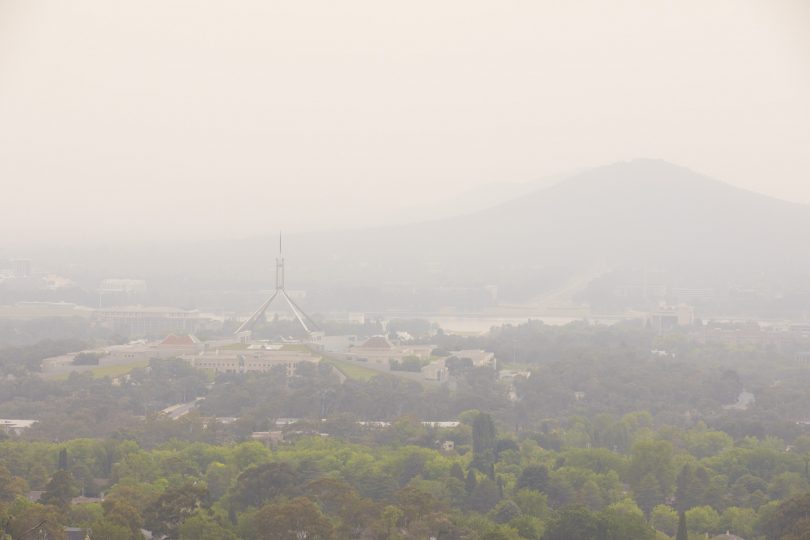 A murky view of Parliament House. Dust driven by westerly winds has led to a decrease in air quality and visibility. Photos: Michelle Kroll, Region Media.

As a dust cloud blankets the Territory today, Canberra’s major landmarks can barely be seen through the haze and air quality has plummeted.

Poor air quality ratings were recorded in Monash, Florey and Civic this morning, and have worsened as the day progressed.

People who are sensitive to dust in the air, or who suffer from respiratory problems such as asthma, are being urged to take precautions. 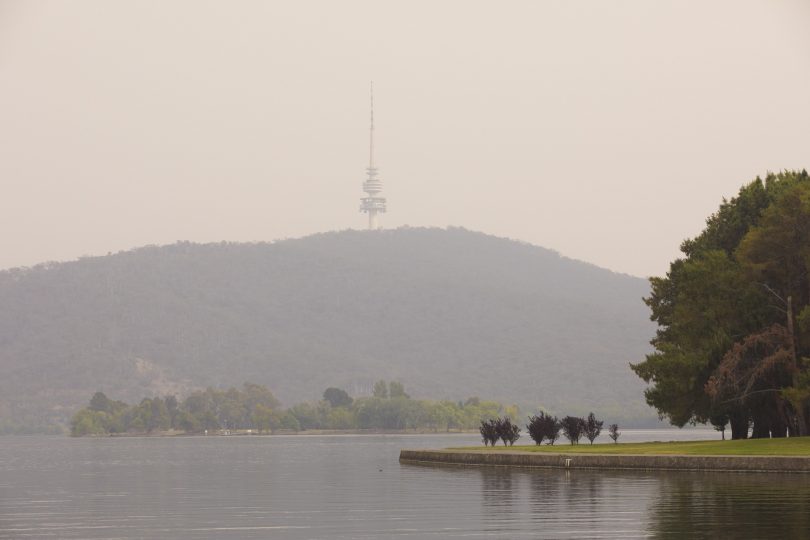 Telstra tower can barely be seen across Canberra as air quality worsens across the Territory.

Westerly winds will continue to blow dust across the ACT throughout the day before a late easterly, south-easterly change.

Complicating the situation is smoke from the north which will drift towards Canberra over the next few days when the wind turns north-easterly at times.

Bureau of Meteorology forecaster Abrar Shabren says the smoke will vary in thickness over the weekend.

Mr Shabren told Region Media variable winds over the next couple of days will blow the smoke inland, with air quality affected in the ACT and the South Coast, including Batemans Bay and Bega. 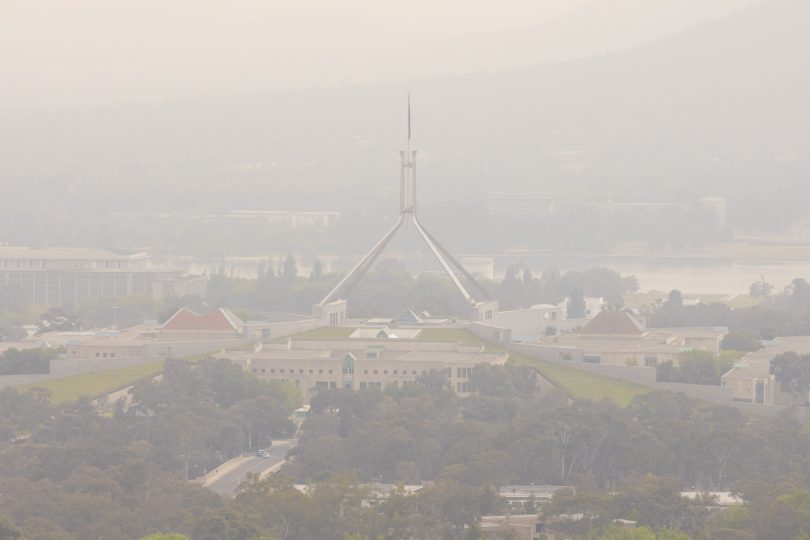 A murky Parliament House as dust and smog across the ACT has led to a decrease in air quality and visibility.

As a result of the bushfires that continue to burn across NSW, Sydney recorded hazardous air quality levels on Friday, the worst that the city has experienced.

Air quality has dropped so low in Sydney that it now ranks in the top 10 most polluted cities in the world, with levels five times worse than the World Health Organisation’s recommended levels.

Late on Friday, the ACT Health Directorate said air quality across the ACT had deteriorated due to the current dust levels.

Canberrans were advised to limit vigorous physical activity outdoors and urged to download the AirRater app to monitor conditions.

“The Health Directorate will also continue to monitor levels, and if there is a significant decline in air quality, we will issue further health advice,” it said in a statement.

“Anyone with concerns about their health should seek medical advice from their health practitioner, and anyone experiencing wheezing, chest tightness or difficulty breathing should seek urgent medical assistance. In the event of a medical emergency, call triple zero.”

Live air quality updates can be monitored here while any new health alerts will be published here.

@The_RiotACT @The_RiotACT
In our new series celebrating the stalwarts of the Canberra hospitality industry, we drop in to Madam Lu for a taste of Malaysia and meet Ming Kong – a familiar face to many food lovers https://t.co/LFFMT38uGa (16 minutes ago)