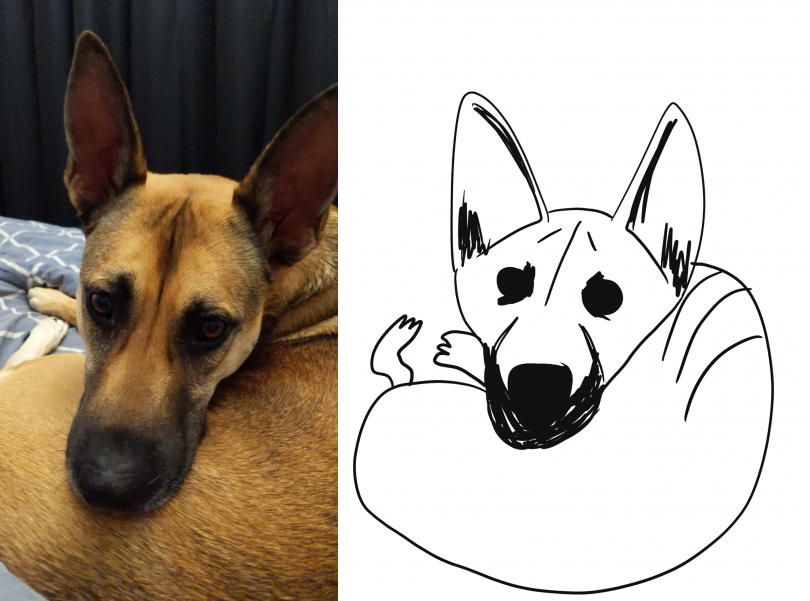 The project offers pet-owners the unusual drawings of their furry, feathered or finned family members, in exchange for a $20 donation to the RSPCA.

One of the dozens of volunteer artists Paul Dumetz from Banks, drew five pets including a cat with a Santa hat.

“I enjoyed the experience,” he told Region Media.

“Not only because I love drawing but it was great to see other artists and their work and learn new ideas and see different approaches.”

Paul, who has Asperger’s Syndrome, is a ceramic artist and practising potter – but he absolutely loves drawing.

“Animals such as cats, dogs, birds of prey such as eagles, cockatoos, magpies, parrots, dragons and human portraits,” he says.

He wasn’t the only one enjoying the experience – the pet owners were overjoyed at their unique new mementoes.

“I heard good feedback and was flattered and overwhelmed by the response,” Paul says.

“I was glad to have helped RSPCA ACT and the volunteers out.”

“It’s one of our fun, interactive fundraisers,” she says.

“With so much going on in the world, everybody could use a bit of a laugh.”

With such a wide and varied quality, Ms Robertson says it’s hard to say which one is the best.

But she’s thanked all the artists involved for their hard work.

Not all of the pets are completely poorly drawn. Photo: RSPCA ACT.

“It’s so difficult to choose a favourite,” she says.

“There’s some truly poorly drawn pets which are amazing. They’re all beautiful in their own way.”

The reactions from the owners is what really matters.

“We’re really grateful for the support and hope that we’ve brought a few smiles to people’s faces.”

If you missed out on a masterpiece of your best mate, the RSPCA ACT’s Poorly Drawn Pets will return in Christmas 2021.

See more Poorly Drawn Pets on the RSPCA ACT Facebook page and head to the website to make a donation. 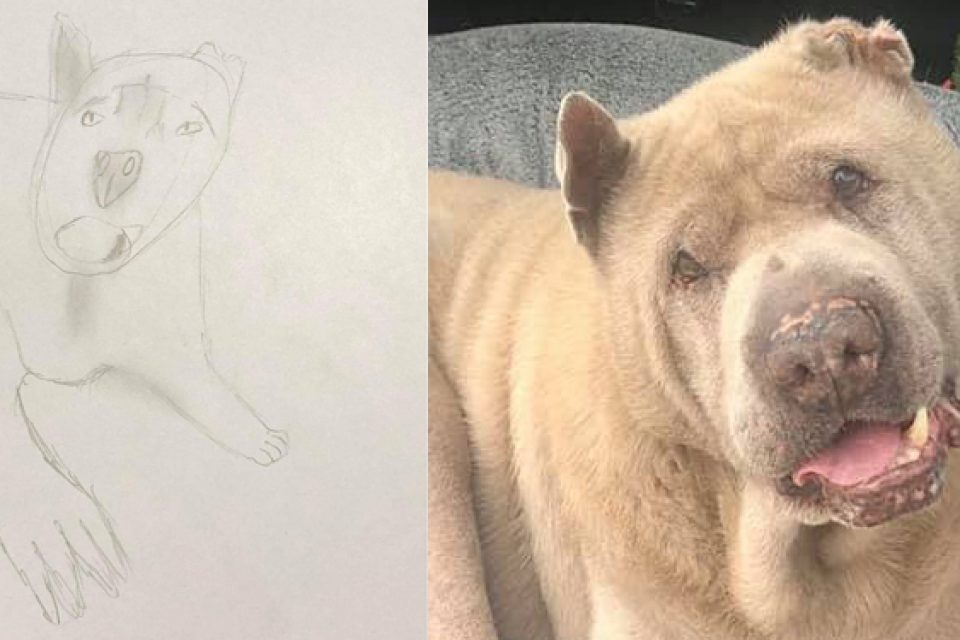 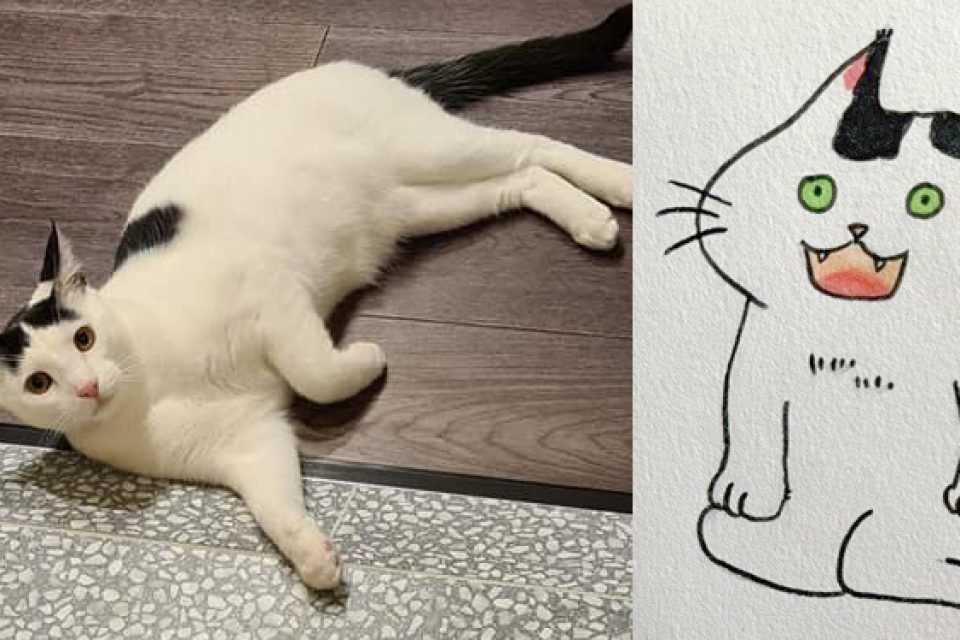 Some of the artists produced creative interpretations of the pets. Photo: RSPCA ACT. 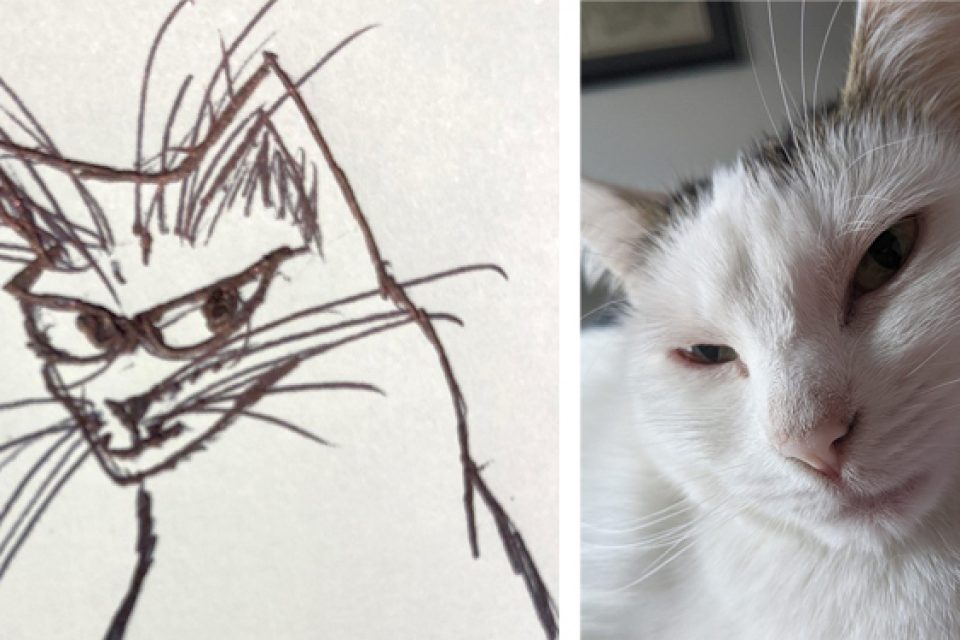 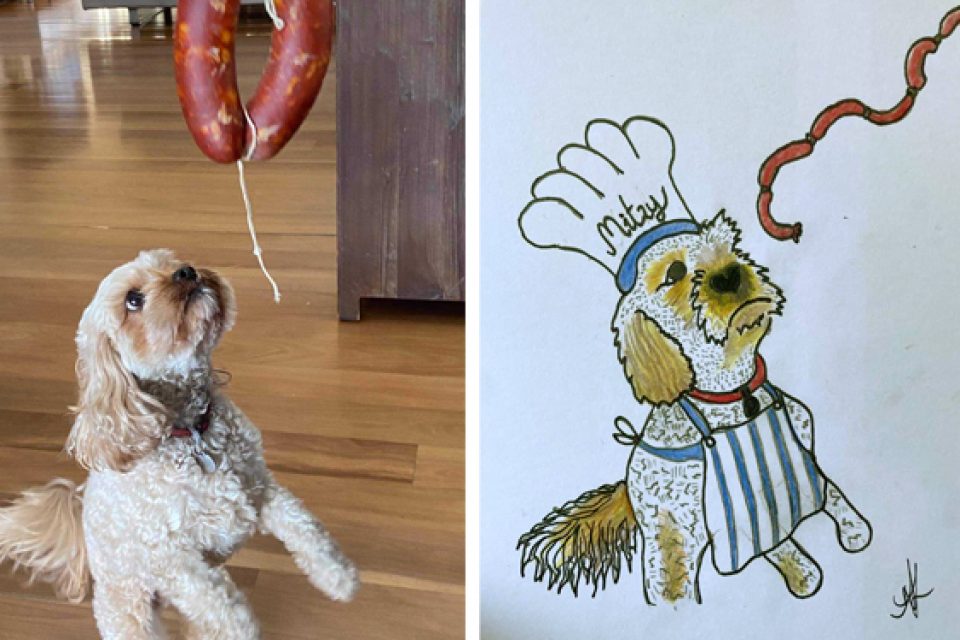 Some of the artists produced creative interpretations of the pets. Photo: RSPCA ACT.

RSPCA’s Pets of the Week – Minou and Mazda

RSPCA’s Pets of the Week – Chelsea and Sheva