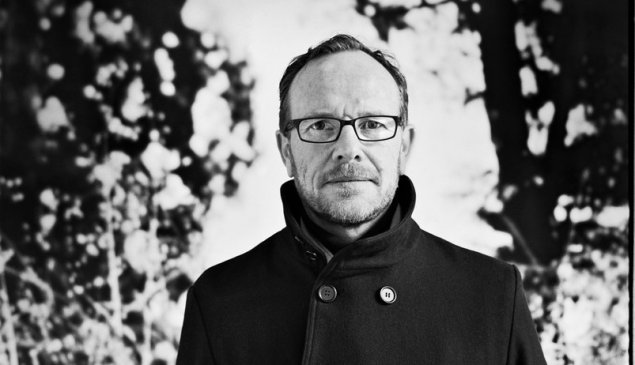 The visionary founding director of the National Portrait Gallery, Andrew Sayers AM, has died in Melbourne.

The 58-year-old former Canberran, who had in recent years pursued his own career as an artist, was diagnosed with pancreatic cancer last year.

While Sayers ended his time in Canberra and in arts administration as director of the National Museum of Australia and chair of the Canberra Glassworks, he ran the Portrait Gallery during its exciting first 11 years.

Sayers was the driving force behind the creation of a dedicated building for the National Portrait Gallery, and presided over the highly-regarded national institution as that building took shape and was opened in 2008.

A spokeswoman for the Gallery said it would release a statement tomorrow. It provided the following biographical information and permission to use the above photograph.

Sayers was born in England in 1957 and moved to the Hawkesbury region of NSW at the age of six.

He was interested in art and a keen artist himself from a young age, and graduated in Art History at the University of Sydney in 1979.

Having been Registrar of Collections at the Art Gallery of New South Wales, in 1981 he became Assistant Director at the Newcastle Region Art Gallery.

In 1985 he moved to Canberra to become Curator of Australian Drawings and then Assistant Director (Collections) at the National Gallery of Australia.

In 1989 he published Drawing in Australia, and in 1994 Aboriginal Artists of the 19th Century, a work for which he received the HE Stanner Award of the Australian Institute of Aboriginal and Torres Strait Islander Studies.

Sayers was appointed Director of the new National Portrait Gallery in April 1998. While committed to the development of the NPG as a centre for biography and history, Sayers set the progressive character of the institution with The Possibilities of Portraiture (1999), comprising a mixture of historical and contemporary works in various media.

In his first year at the Gallery – while writing, in the early mornings, Australian Art for the Oxford History of Art series – he established policy, made press appearances, commissioned artworks, conceived exhibitions, wrote acquisition proposals for individual works and researched, wrote and edited text for display in the Gallery.

In June 2000, after six gruelling months of international negotiation, he secured John Webber’s portrait Captain James Cook RN at a cost of $5.3 million.

Awarded an AM in 2010, Sayers retired from arts administration in 2013, thereafter devoting himself to his ‘private passion’ – painting.

His self-portrait featured in the 2014 Doug Moran National Portrait Prize, and his depiction of art historian Tim Bonyhady was an Archibald Prize finalist for 2015.

That is very sad news. Best to his family and friends.

Even though we all knew this was to happen soon – it is still sad news.

He had given up full time work and had recently commenced a new career as an artist.

There were many books he had planned to write.

Ian E Wheeler - 49 minutes ago
Thank you for your donation. It has helped me after I lost everything. Amount received *might* have paid for something like t... View
Trish Roberts - 52 minutes ago
This is appalling. They aren’t trying to game the system. They are simply 2 people in a family relationship who need a home... View
David Brown - 54 minutes ago
I guess they won’t be voting for the government next time around. View
Lifestyle 84

Robert Lang - 51 minutes ago
Kirsty Noad I work in the trauma operating theatre of Canberra Hospital. I have not seen any scooter injuries. I see major tr... View
Robert Lang - 53 minutes ago
I too gave a hearing disability. I stand to the left of all shared paths. No problem. View
Robert Lang - 54 minutes ago
Cheryl Thuillier yep, and let’s make car drivers wear helmets too. After all, car crashes are the number one cause of head... View
News 4

Anthony Stewart - 54 minutes ago
Really 104.7 is no surprise I turned off after a month of the ‘new’ breakfast DJ when they started View
Guy Noble - 2 hours ago
Tom Adam I dont think he and Bec have done anything to promote themselves lol View
Tom Adam - 2 hours ago
Happy to use this to negotiate a better radio advertising rate. View
News 4

Stas Idowu - 56 minutes ago
EL2s beware View
ChrisinTurner - 1 hour ago
I hope the panel addresses the problem of attracting technical specialists like engineers and certain IT people. The current... View
Matthew Davies - 3 hours ago
Funny how work level assessments always seem to favour the kinds of skills that are required to work in a Human Resources dep... View
Sport 1