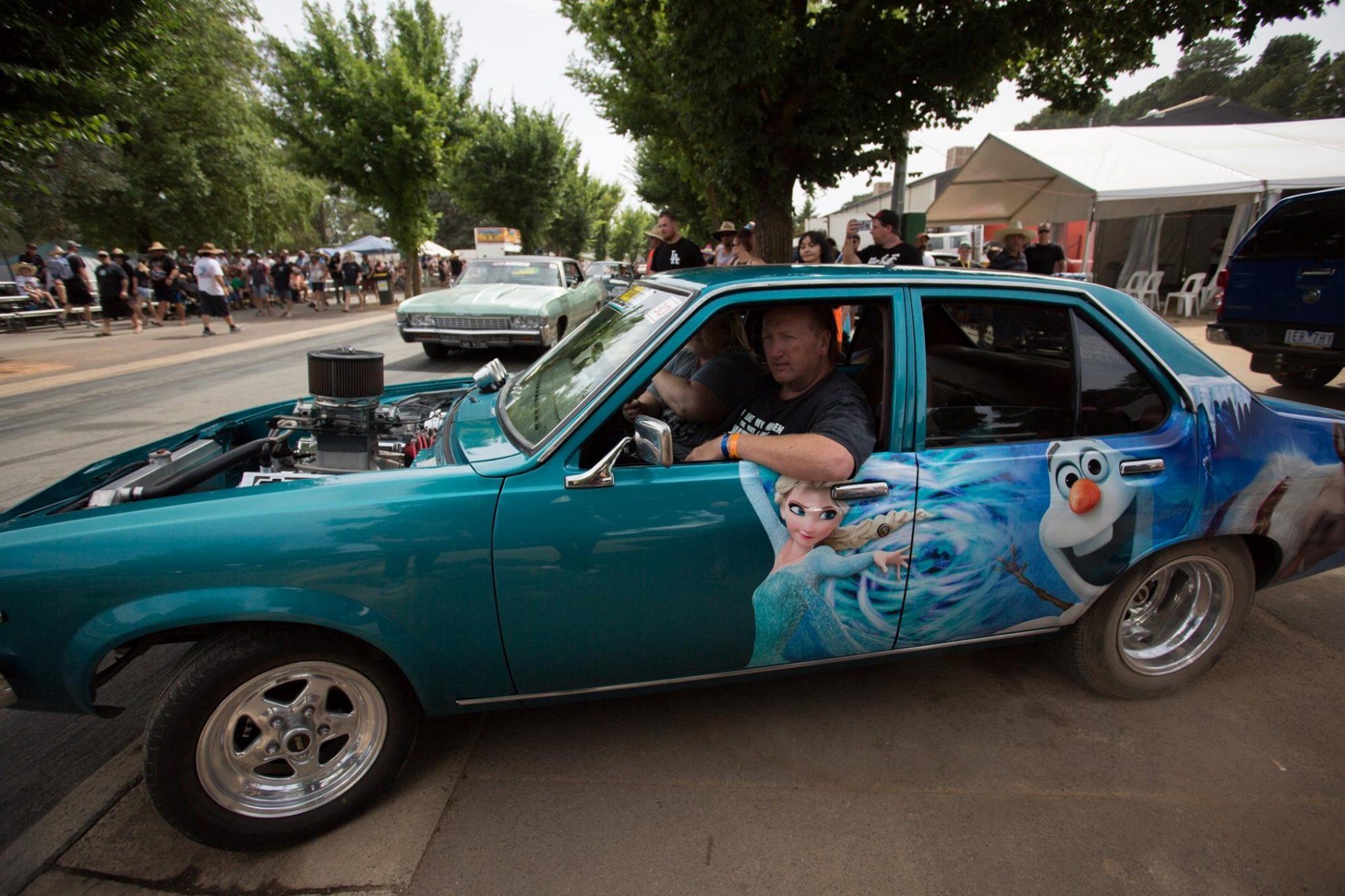 Earlier this year, I wrote about going back to Summernats after a long absence, and later, about my experiences there.

I had a good time at the event, and tried to capture that in my story. The burnout zone, the Meguiar’s Pavilion and the Show ‘n’ Shine were among the highlights. 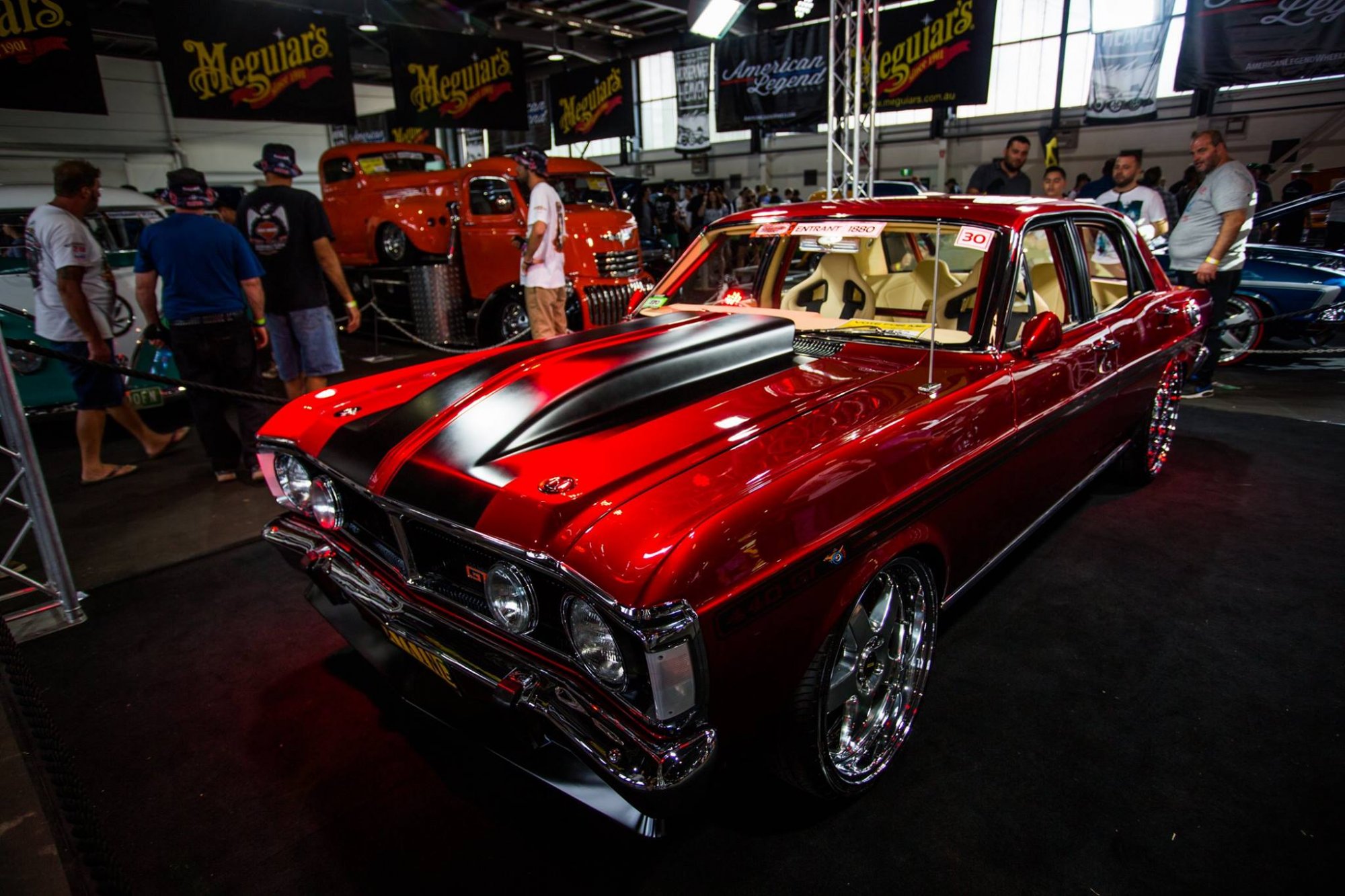 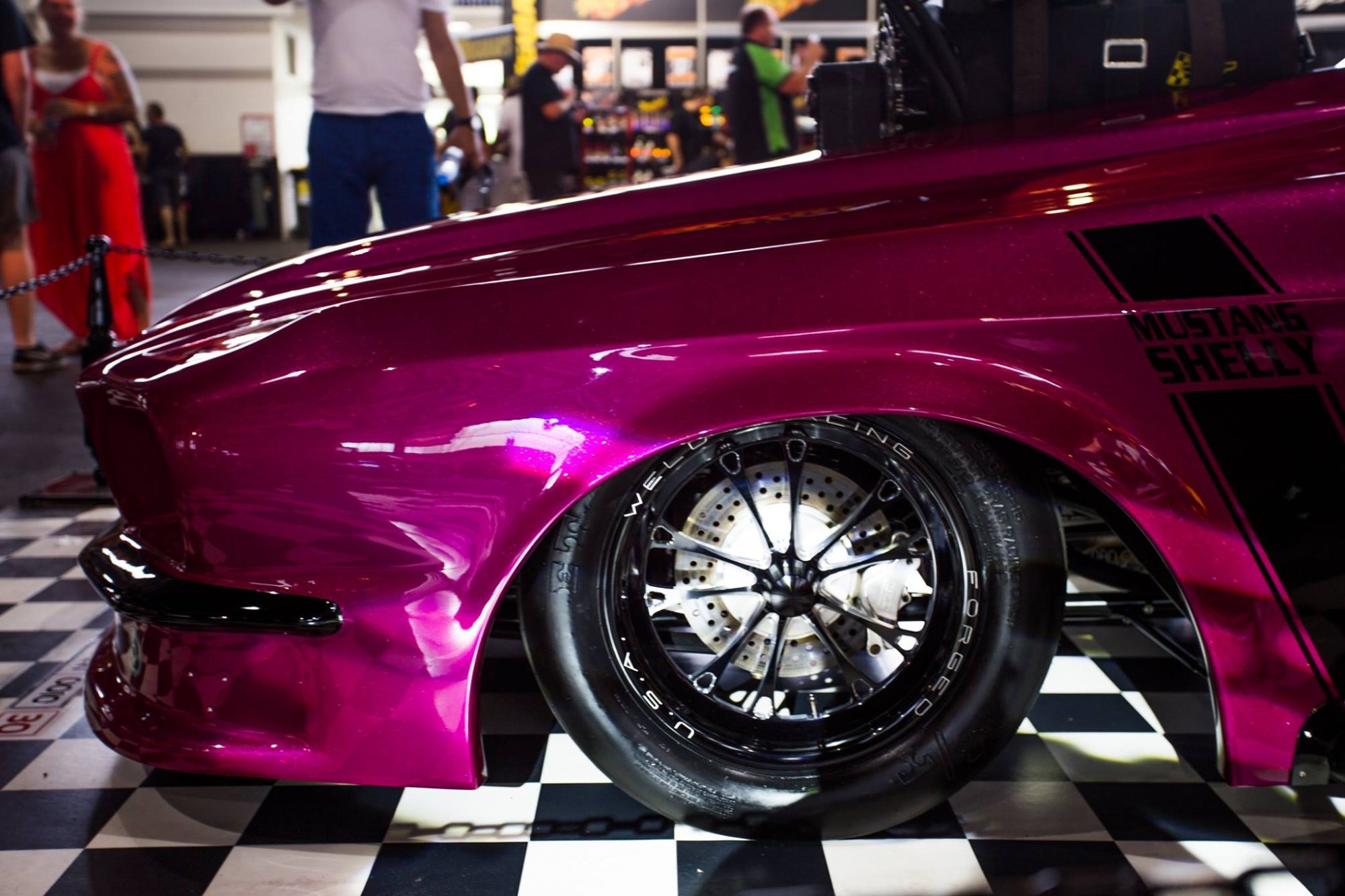 But in the interests of reporting open and honestly on what I saw, I had to point out the less-appealing aspects of the event. The ongoing broad-daylight objectification of women (whether invited or not) and the downright creepy Puppy Wash stood out most of all.

Little did we know then, that this would be the year things would change. 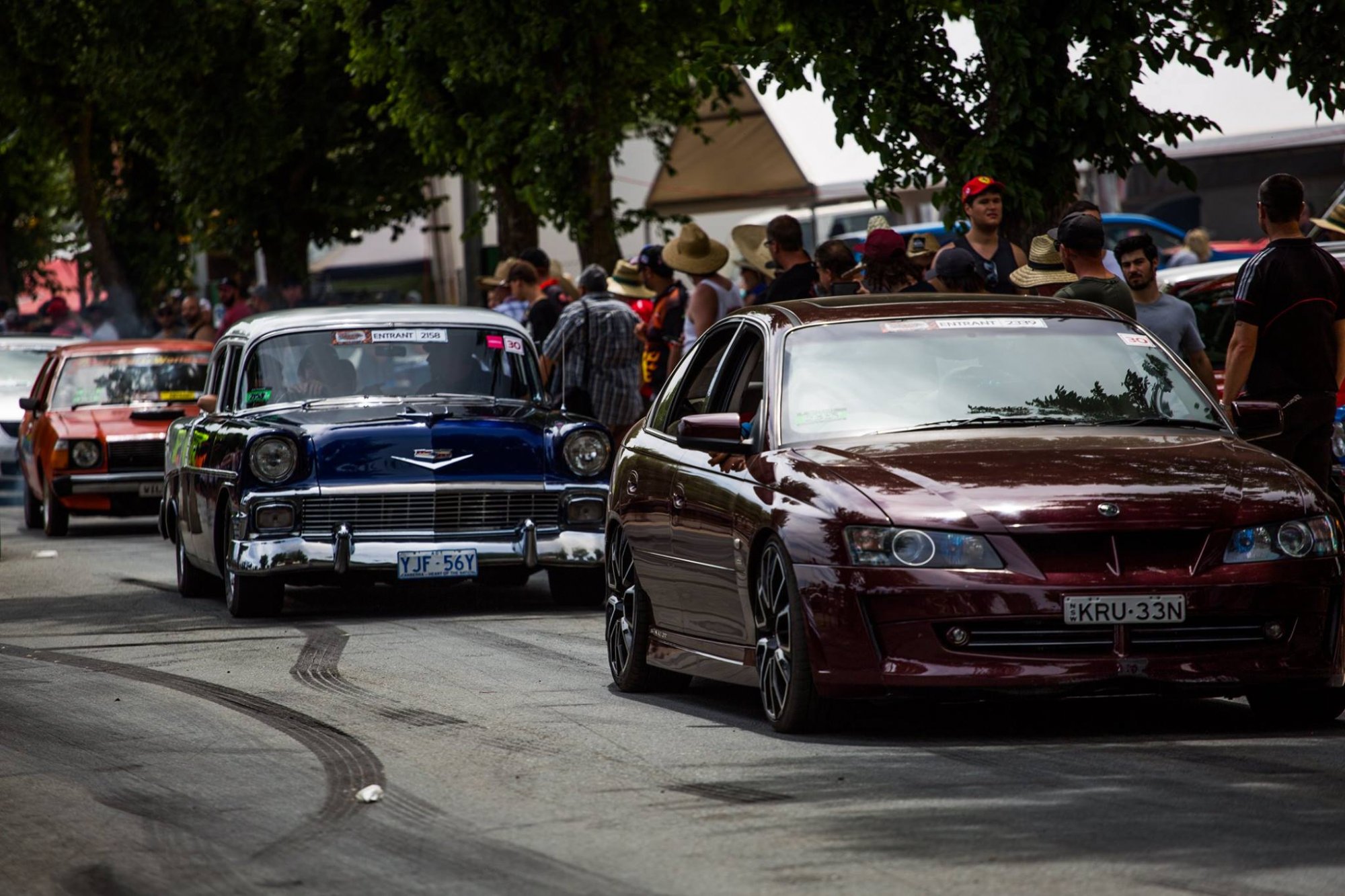 In the week following our story here on The Riot ACT, a photo essay by Canberra’s own very talented snapper Rohan Thomson was published in The Sydney Morning Herald, bringing the issue to national attention.

This was followed with an opinion piece by high-profile feminist writer Clementine Ford, whose Facebook page alone has a following of more than 164K people.

I’m not sure why it all happened this year. Maybe we tapped into a growing, wider conversation about the place women occupy in society?

Either way, it was enough to prompt a remarkable statement from Summernats just a few weeks later. 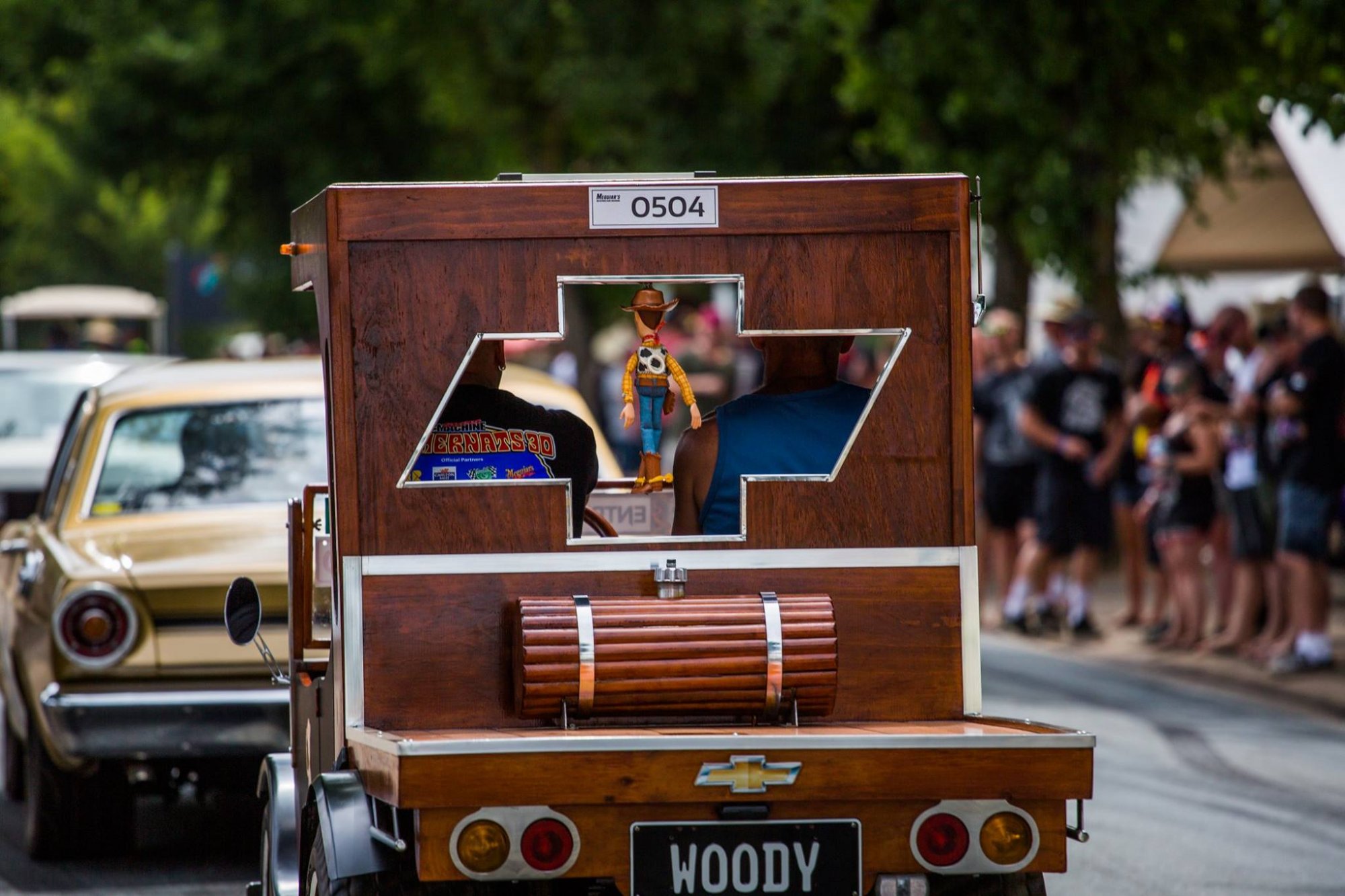 In late February, Summernats announced it would be adopting a new ‘zero tolerance’ policy toward the harassment of women.

From 2018, anyone buying a ticket to the event will have to tick a box acknowledging: “Summernats is a safe place for women. I accept that by purchasing a ticket to Summernats, that harassment of women or anybody else, whether it be verbal or physical, is unacceptable and if I engage in this behaviour I will be ejected from the event immediately.”

That’s some strong wording, the kind that’s usually only used by festivals to emphasise that illegal behaviour is prohibited on site. You know, under-age drinking, taking drugs, stealing, that sort of thing.

Except that’s just the point, isn’t it? Street harassment isn’t acceptable anywhere else, and in many cases, is actually illegal.

But there’s an element within Summernats that seems to think the rules don’t apply to them once they step through the gates. And frankly, they’ve been getting away with it for far too long.

That’s not intended to be a jibe at the Summernats management team. They’ve long expressed a desire, at least in theory, to rid the event of that subculture.

But cultures like this have a tendency to develop slowly, over a long period of time. Usually, it’s takes some kind of cataclysmic event to shine a spotlight on the problem and bring about change.

It seems Summernats 2017 has provided just that opportunity.

It’s so easy to be cynical. To say it’s just a token gesture designed to appease the critics, to argue that a behaviours ingrained over many years will be impossible to change.

But I’m choosing go be optimistic.

I’m not kidding myself. I’ve seen the worst sides of Summernats. And do I think it’s going to be easy to enforce this change? Absolutely not.

But if you want a reason to believe, I’d encourage you to head on over to Facebook and check out the comments on the announcement by Summernats.

[by the way, Summernats, kudos to whoever is handling your social media. They’re doing a brilliant job.]

There’s a lot of support from male patrons who recognise this will make the event better, or at least, not worsen it in any way.

Even more importantly, comments from women who say this might bring them back to an event where they haven’t felt safe in the past.

And of course, there’s the inevitable jibes from those who cry ‘Softnats!’ and ‘Nannynats!” at this perceived infringement on the rights of the yobbish minority, and the beginning-of-the-end for their beloved event.

But what’s really interesting is how the Summernats team is handling this (somewhat inevitable) responses. Sure, it’s still a public forum, but they’re among their own audience members, so could get away with being a bit reserved about their response to these complaints …

Not so. Among their recent answers are gems like these:

‘Everyone deserves to have a great time at Summernats without being harassed.’

‘We love people who love cars and we’re making sure everyone has the same chance to love their time at the event.’

‘Buying a ticket doesn’t give people the right to treat women poorly.’

‘Just because you haven’t experienced it doesn’t mean it isn’t happening.’

‘Women have the right to enjoy all areas of the event without being harassed, including Tuff St.’

‘We’re dealing with a tiny minority of people who think it’s okay to yell at women to bare their chests. That’s not okay and neither is giving [women] advice to avoid certain areas. We charge the same for a woman to attend the event as we do for a man and reject the idea that it’s okay to segregate the event. That’s not cool at all.’

Those messages are not only totally on point, but delivered with just enough sass for Summernats to maintain its street cred. Social media done right.

Only time will tell if Summernats is able to ‘walk the talk’ and they’ve got plenty of challenges ahead of them.

But so far, the signs are looking pretty good. And credit where credit is due. 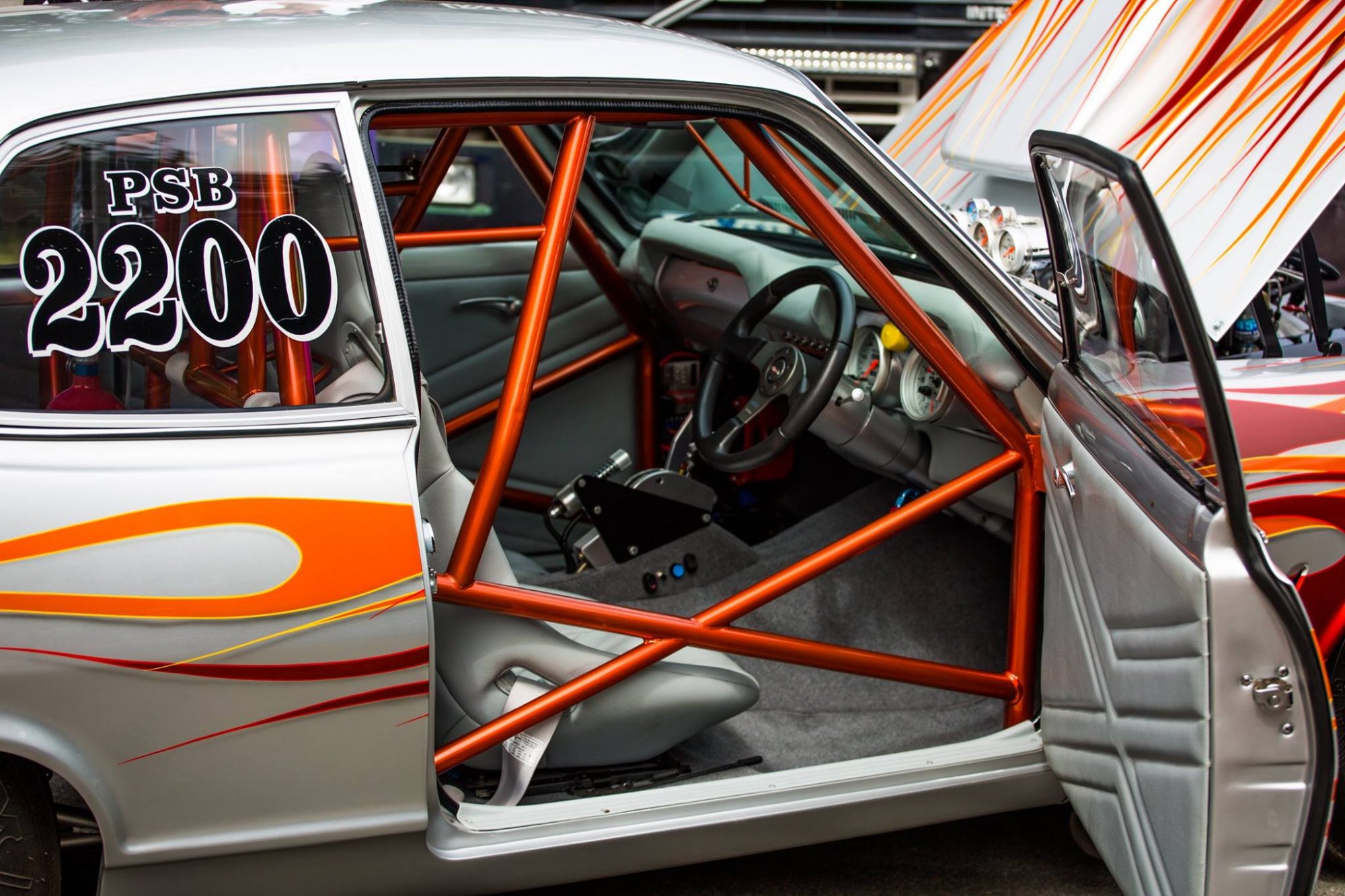 What do you think? Are you going to give Summernats another chance?

Turnball Yarry - 3 hours ago
Rusty Mash Micro-forest!... View
Ashley Keaveney - 4 hours ago
How about fix and maintain them. Dry land oval is a complete cop-out...... View
Elspeth Shannon Rollason - 5 hours ago
The Florey oval which is in this picture needs to be an oval for the primary school. It needs to be fixed up so the kids can... View
News 17

Tina Newsome - 4 hours ago
Did not even get a sniff in with this scheme and neither did anyone that I know. I'm rather dubious about that '30,000' figur... View
Alex Nicolson - 8 hours ago
Albert Blair It did show the gubmint was trying to do something but I agree it seemed pretty ineffective. View
Motoring 4

Paula Simcocks - 5 hours ago
Marty Hoenig has had one of the best filtered water system for years. Bad about 2000 and before but now state of the ark wate... View
Breaking 1