Preserving the heritage of Havelock House 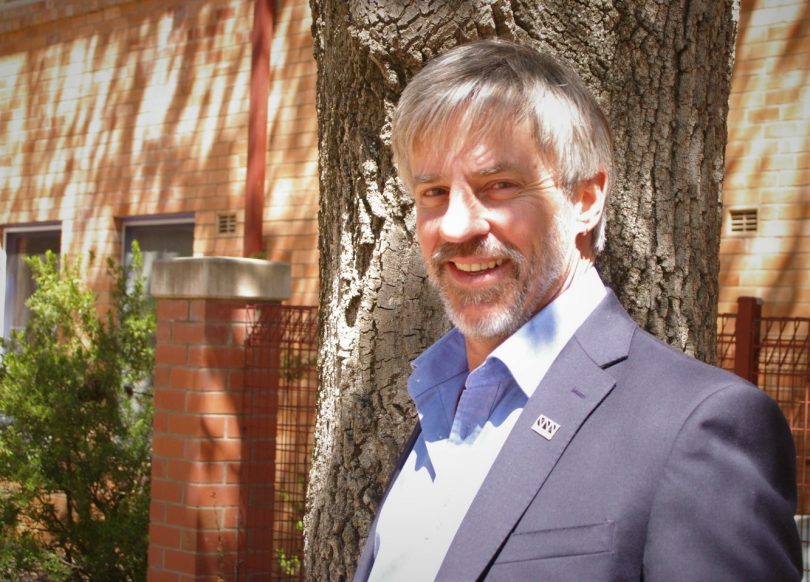 Sleeping in the outdoors with a head cold is probably not the best way to prepare for a job interview but that is how Andrew Rowe spent the night before being interviewed for the role of chief executive officer of Havelock Housing.

“I had just spent the night at the Canberra Vinnies CEO Sleepout, which is obviously designed to give us some insight into homelessness, so I had very little sleep and all the symptoms of a raging head cold. I was not at my best,” Andrew said.

Andrew’s many years of experience as a leader in the public and private sector helped him land the job despite his lack of sleep. An experienced strategic thinker with long-term vision, Andrew has been on community sector and not-for-profit boards as a director and chair for over 15 years and is familiar with the many challenges they face.

Originally from south-east Queensland, Andrew’s working life began in the Army as an electronics technician. He went on to university and ended up in Canberra at the AFP as an analyst. In an eclectic career path, Andrew moved through various roles as a consultant, finally establishing his own successful company.

“I didn’t really fit in with the public service so I went out into the private sector but ultimately my heart was in the not-for-profit sector,” Andrew explained. “I felt like I had a lot to bring in terms of organisational design and strategy, I learned a lot about strategy as well as leadership and management in the private sector. That sort of experience can be lacking in the not-for-profit sector.”

Andrew set his sights on an active role in community housing following his experience on not-for-profit boards.

“Community housing is key. You can’t get life on track if you don’t have somewhere to live,” Andrew said.

In the CEO role for just three months, Andrew says he has learned more about the challenges faced by the organisation as well as more of its history.

“I am not sure that many Canberran’s recognise the rich history of Havelock House and the importance of safe housing,” Andrew said.

The centrepiece for Havelock Housing, Havelock House was opened in 1951, when more than a quarter of Canberra’s rapidly expanding population were living in hostels. The two-storey building occupies the entire block between Gould and McKay Streets in Turner.

Havelock House was closed as a hostel in 1982, after which the Federal Government made it the temporary home of the Australian Federal Police. In June 1983 the Hawke government decided the move would be permanent, a decision that was met with great controversy. The ACT Trades and Labor Council set up camp outside Havelock House demanding that the building remain a place of community housing, only this time for the marginalised and homeless. The picket lasted through the cold winter only ending in early December when the government and protesters reached an agreement that saw Havelock House returned to low-cost housing.

Havelock House grew into an association and is now one of the largest community housing providers in the ACT. The house itself still provides low-cost accommodation for 100 people, acts as a base for many community services and provides the first level above crisis housing.

In 2014, Havelock House received a heritage listing from the ACT Heritage Council but Andrew Rowe is concerned that it could still suffer a similar fate to other Northbourne Avenue buildings or even lose its social housing purpose. “Havelock House caters for the high and often complex needs of its residents and it needs to be retained for its purpose with some renovation and refurbishment,” Andrew said.

“The heritage listing relates to its purpose, that it’s been used for social housing over time. We would like to keep it at that, there is really no other similar accommodation that provides secure, long-term boarding housing for people in really low-income bands.

“We need to build support within the community, the business sector and the government to say this is worthwhile because it is such an important part of Canberra’s history. We need to find a way to reconfigure it and keep its social impact going into the future,” Andrew said.

“It used to have a poor reputation but changes have seen the level of crime in the area reduce. There is a now a peaceful community among the residents,” he explained. “The property is better maintained and the residents are more engaged. Our programs actively refer the residents to other services and they have responded accordingly. There are some remarkable success stories from past residents of Havelock House.”

Energised by his role, Andrew hopes to make a bigger impact over the next few years.

“Our social inclusion program helps residents to reconnect with the community at large. Seeing people reconnect, and get on with their lives is immensely rewarding.” 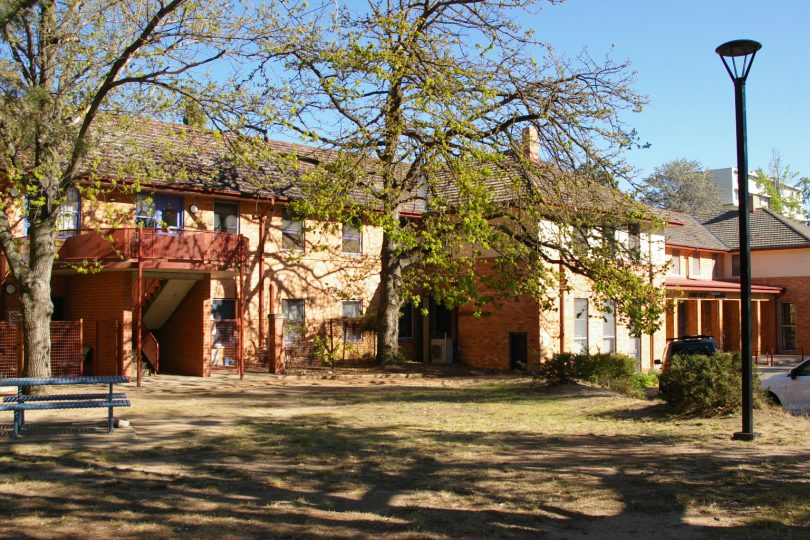 Thanks Amy Foster agreed. Great to see Havelock House being talked about. The building is getting better with age.

Honey didn't you use to live near here one time ???

‘Let’s get serious about protecting heritage’

@The_RiotACT @The_RiotACT
After a day of high winds, fires and emergency services going above and beyond, its sad to report that three people have died after a C-130 air tanker contracted to the RFS crashed in the Snowy Monaro area earlier today. https://t.co/pOW8HQbvDf (37 minutes ago)