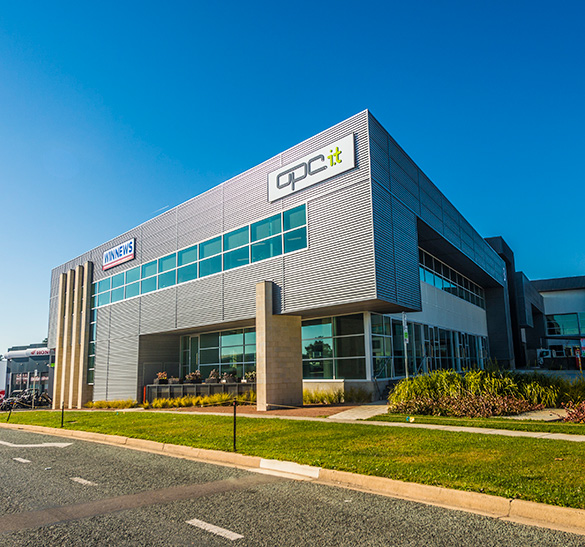 OPC IT’s headquarters in Fyshwick. The Canberra company is making an impact in the government digital space. Photo: Supplied.

Canberra IT service provider OPC IT is celebrating a deal with the federal Department of Education and Training to migrate five of its websites from SharePoint to the govCMS Drupal 7 platform.

OPC IT was one of the first suppliers to be appointed to the Federal Government’s whole-of-government govCMS Drupal Services Panel in September 2017, and this is the biggest contract it has won since joining the panel.

The company said the move to the govCMS platform followed the strategy that all levels of government had increasingly been adopting to take advantage of the benefits offered by this Open Source platform.

As of mid-March 2018, there were 184 govCMS live websites with 37 in development across 70 agencies.

“Aside from the financial benefits derived from not paying licencing costs, govCMS offers agencies with limited resources and staff the security and necessary skills to manage their websites whilst complying with Australian Government standards around design, accessibility, privacy, security and information/records management,” the company said.

The challenge would be replicating SharePoint functionality as closely as possible in Drupal, particularly ensuring that it works in the govCMS software-as-a-service (SaaS) environment.

Operations manager Michael Goss said the contract would bring a lot of exposure to OPC and was prestigious because it was won through the Digital Marketplace where many IT companies gained work.

“Everybody in the Drupal space would have submitted for this, so to win against all competition nationwide is quite something,” he said.

“It means exposure, credibility and a tip of the hat that we came up top against all our major competitors in Australia and recognition in the digital space in government.”

The DET deal is one of many government contracts the company had won in recent times but was bigger in scale.

The migration is already in progress and is expected to be completed in June.

Mr Goss said being physically close to government was an advantage for the local industry, which could build relationships with and foster knowledge in government.

“The local industry didn’t have to be regarded as the poor cousin. The work done out of Canberra is as good as anything nationwide,” Mr Goss said.

He said Drupal CMS was a small but thriving community working at the coal face.

“You go to speak to someone at government, you bump into the govCMS team in the street, they are a phone call away, you can meet for coffee, they come to meetings with clients. People know each other well, and have serious knowledge of the platform and developments,” Mr Goss said.

The OPC team recently expanded and now numbers more than 30 as well as contractors working on site in the departments.

Mr Goss said that for government, bringing some people along for the journey was a challenging and slow process but with the uptake of the Digital Transformation Agency’s digital services standard, a lot of people were more aware how they could work.

“Working in an agile way, using open source if necessary, responsive design – not so long ago they weren’t commonly held beliefs or even things people knew about,” he said.

Compared with the private sector, government had many things to iron out but the uptake of digital services, such as the increasing numbers lodging their tax returns online, was promising.

One big issue was that of identity, having one single identity, or digital fingerprint from entry point to whatever one wanted to do.

Judi Pearce - 3 minutes ago
Thanks to this special lady ! I have one of these blankets exactly as pictured. My dear mother (Ollie Dyball) purchased it fo... View
Opinion 29