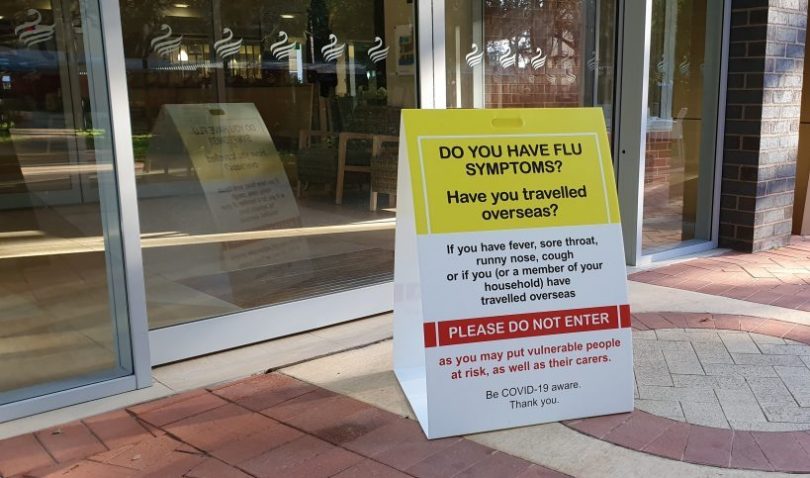 Canberrans are on board with social distancing, but will you sign up for the Government’s app? Photo: Canberra Health Services.

As we all continue to grapple with the impact of COVID-19, RiotACT readers largely agree that we need to stay the course with social distancing restrictions even as the curve appears to be flattening.

The ACT has had just one newly reported case of COVID-19 since 10 April. But at the same time, our political leaders and health authorities continue to warn that the ACT needs to stay the course with COVID-19 restrictions, warning that a second wave of infections could still have a major effect.

“The history of the Spanish Flu a century ago was that the second wave was significantly larger than the first and far more deadly. This virus will continue to circulate around Australia even if it stops in the ACT. All it takes is one person to begin another chain of infection,” Chief Minister Andrew Barr said this week.

“While it is possible for an island nation to pursue an elimination path, it is a short-term elimination path because this virus will continue to circulate around the world for many years – any early move out of restrictions runs the risk of a second or third wave.”

We asked you How soon can we lift social distancing restrictions? 1130 people voted on the poll.

But if many of you agree that restrictions should be continued, will you be willing to sign up to the Government’s COVID-19 tracing app?

The Federal Government is developing an app to track who a person with COVID-19 has been in contact with, which they believe may help in easing physical distancing restrictions.

Developers for the Australian Government app have looked at TraceTogether, used by 20 per cent of Singapore residents. TraceTogether uses Bluetooth to detect when two phones using the app are in close proximity, so health authorities can notify users if they have been in contact with someone who later tested positive for COVID-19.

But researchers say TraceTogether sends data to a centralised server, where it may be kept indefinitely and accessed by government agencies.

Apple and Google have also developed a contact tracing framework using Bluetooth to measure the distance between two contacts. Encrypted mobile numbers of contacts would be stored on a user’s phone for 14 days, and then deleted. This method does not rely on health authorities to send messages and does not require data to be stored in a centralised database.

Some readers were dubious: Leanne said “I won’t be downloading the app. I don’t trust the government at all”, while others pointed out that many people willingly participate in social media tracking already. “Yet people just continually post on Facebook Complaining about the app tracking them. Think about that for a bit?. At least the Government app will contribute to society,” Kimberly said.

We’re wondering whether you will be willing to sign up for the app?

For many years I worked within Governments.
I have seen connivance, hypocrisy, deceit, distortion, manipulation and duplicity that Machiavelli would admire.
That is why I do not trust this or any other Government.
Only a naive fool would.

At last sensible conversation. It was paranoid central in the other conversation, based on ignorance.

Given Facebook keeps suggesting KFC adds for me, they’re already on to me. No issues with one more app.

Yes. Facebook and Apple know more about me than the app ever will.

I’ll download the app if the ACT government starts re-opening schools for face to face teaching along the lines of what is happening in NSW.

That way they can do excellent contract tracing, my kids education doesn’t suffer and the risks to teachers and the community as a whole are kept almost exactly the same, with the benefit of rapid contract tracing.

If they agree to aim for eradicating C19 in Australia

Happy to sign up. I think it’s hilarious people are worried about tracking. Hint…you have a mobile phone=you are being tracked.

Better than being stuck inside.

I’ll use the app, I’d like to know if someone I stood in line with at Coles was positive then I can be tested too.

I am happy to sign up to the app. We have been told that it doesn’t geotag you and data is only transferred off your phone when you choose to do so.

Indeed, it seems to deal with less data than most of us handover freely to Facebook & Google. 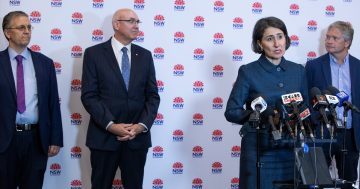