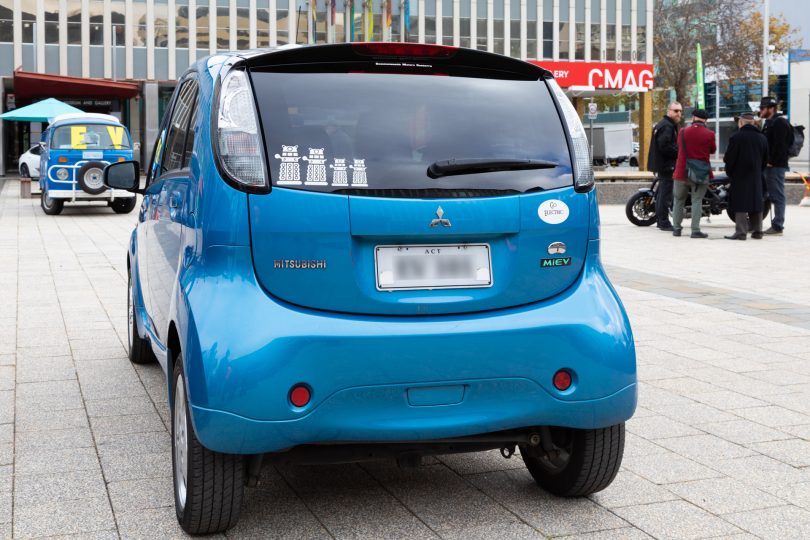 Voters are evenly split on the ChooseCBR vouchers after the ACT Government announced an additional $2 million for the scheme.

The model was trialled last year and copped its fair share of criticism, and this time around, some argued that Canberra’s economy is now well past its pandemic problems.

Jack Lloyd said: “It’s free money, so if I don’t it’s really my own fault.” But russianafroman disagreed, writing: “Nup let people spend their money how they want, including donating their money to charity, don’t convert money to vouchers, put the 2 million into things that actually matter.”

We asked, Will you be using the ChooseCBR vouchers? A total of 610 readers voted and the votes were split down the middle.

This week, we’re wondering whether you are ready to buy an electric vehicle.

The ACT Government has announced two years’ free registration for new and used electric vehicles acquired after 24 May, in addition to new EVs being exempt from stamp duty. Columnist James Coleman argues that there’s never been a better time to think about ditching your petrol or diesel drive. Combined, the incentives will take about 5 per cent off the cost of an EV.

READ ALSO: The EVs you can buy right now and what they’ll cost you

But many readers were less than convinced this was a good idea.

Angus Fung wrote: “Ev car’s battery can be dead if no charging station is provided in the city.”

Martin Stanton said: “It doesn’t matter to me how good these cars are, nor how far they get on a charge. I’ll never afford one on my wage, new or even worse, used. Low income earner getting close to my last days of work. The fuel I use will be the last thing on my mind, there’ll be far more important things to find money for!!”

But Woody Brenden is a fan, writing: “I just got a new Tesla Model 3 after driving a diesel for 10 years. Cannot even begin to describe how much better the experience is. I did my first road trip to the South Coast yesterday and it was so much fun to drive. So much for Scotty from marketing claiming that EVs were gonna cause the end of the weekend.”

The $15,000 offered by the ACT Government is a zero interest loan and not cash. It does not reduce the price of the car but rather the cost of ownership, considering cars are often purchased with some form of credit. The most commonly sold electric car is the Nissan Leaf for $61,000 (article in The RiotACT this week). The governments registrations charges are free for two years, but that does not include insurance. Insurance is expensive (cost of ownership) than registration. If you do not drive much, capital, insurance and maintenance costs are most of what any car costs. The cost of fuel is the biggest difference. Will that be enough?

The “fuel” for EVs may be cheaper than petrol but the battery will clap out within 10 years so a replacement battery then will cost more than the car is worth. So, even if your new EV sits in the garage the depletion of the battery will cost you about $2,000 a year.

I have 21 year old petrol powered vehicle which has done 320,000km and still as good as new with no major, costly replacement of parts.

I doesn’t get any better than that.

Capital Retro,
Once again showing you aren’t really paying attention to the market or trends.
Firstly, I have no idea where you are pulling your figures for depreciation from, looks like you’re just making them up.

Secondly, what do you think the cost of replacement batteries will be in 10 years? Hint, far, far less than they are now. Take a look at the cost trends per kWhr over recent years, they’re only going to go lower as the technology advances and new types of batteries emerge.

Also, your statement about the maintenance costs of your petrol powered vehicle made me laugh out loud. You clearly don’t keep very good records if it’s miraculously required no maintenance or new parts in that 20 years. Petrol powered vehicles are inherently more complicated than EVs. Various fluids, wires, plugs, timing belts, brakes etc are all significantly more costly for ICE vehicles or aren’t needed for EV’s. Your one example of the battery is almost the only thing that’s worse and as above, the costs are reducing significantly every year.

I honestly think you would still be riding a horse if you were around before Cars existed.

“Why would I want a car with all that petrol and maintenance costs, my horse just eats hay”

Yep. That’s my answer too!

Megan Charley - 8 minutes ago
Tammy Nelson no thanks, I wouldn't want a kangaroo toenail to the gut 😂 they're meannnnn View
Allyson Cervelli - 14 minutes ago
Covid! Driving them nuts!... View
Jill Slaven - 45 minutes ago
Thanks Mel, poor kanga. A great rescue! I wonder where he went after that? View
Community 7

Cathy Stephens - 17 minutes ago
It looks great . I have been enjoying watching your progress as I walk by . View
Tammy Adams - 51 minutes ago
Simon Mitchell I was thinking This could be a new feature for VRJ in Goulburn View
Vicki McDonald - 3 hours ago
Great to see. Well done Steve... View
Community 13

Sue Watkins - 32 minutes ago
Pauline Parks thank you Pauline. xx View
Pauline Parks - 4 hours ago
Congratulations on 70 years together, lovely to see you well looked after as you did for others Ken & Pauline View
Marilyn Fasham - 4 hours ago
Wonderful neighbours we miss you very much View
Property 4

Geoffrey John Randal - 43 minutes ago
We could work harder to understand the need for elder care in Canberra and surrounds. And ditch old thinking when challenged... View
Ross Bryant - 2 hours ago
Bigger is better. Not really. Its all about making the max amount of money. View
Robert Azzopardi - 3 hours ago
NIMBY time … muster up (pun intended) guys 🍷💥🍷💥... View
News 13

Capital Retro - 2 hours ago
Good grief! Do we really need this level of oversight? View
jwinston - 4 hours ago
Here we go…sigh View
Property 24

The ACT will start moving away from emphasising the number of people who have been in the community while infectious...
Property 24

UPDATED 3:00 pm: Year 12 students have been given the green light to return to school at the start of Term...
Opinion 36

@The_RiotACT @The_RiotACT
A #court has heard accusations a Molotov cocktail, bricks and a "firebomb" were used in alleged revenge attacks against several young people involved in a brawl at the Weston Creek #skatepark which resulted in the death of an 18-year-old last year https://t.co/wk2148YIZn (2 hours ago)