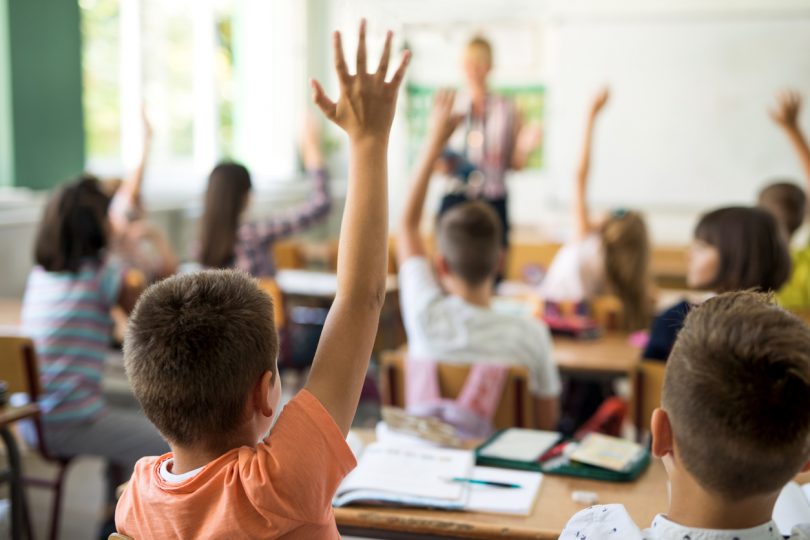 The ACT’s NAPLAN results have declined again on a national basis. Photo: File.

It’s been a spectacularly wet last 12 months resulting in massive grass growth. But whose responsibility is it to mow the grass?

Across Canberra, residents have been taking matters into their own hands (or with their own mowers) and dealing with the roundabouts and parks as well as the verges as the government struggles to cope with the continued wet weather.

In our last poll, we asked if you would you mow public areas in your neighbourhood? 2270 readers voted.

Your choices were to vote No, it’s the government’s responsibility and why we pay our rates. This received 60 per cent, or 1365 votes. Alternatively, you could vote Yes, in a season like this, we can all lend a hand for the community. This received 40 per cent of the total or 905 votes.

This week, we’re wondering about the value of NAPLAN tests. The ACT’s results for 2021 continued a disappointing trend downwards, pandemic notwithstanding.

“There are always caveats around standardised testing and Ms Berry is right to argue it only captures student performance at one particular time, but the trends seem clear – standards are slipping and the disadvantage gap is growing,” Ian Bushnell wrote.

“When the ACT’s obvious socioeconomic edge is taken into account, performance is even worse.

“A jurisdiction such as the ACT – probably the most highly educated and paid in the country – should be on top of the national ladder.”

Brian though said that “Many commentators are missing the point of NAPLAN. It’s a national moderation test for schools, to see how well schools in the ACT are teaching the national curriculum versus schools in any other state. And our results are ordinary.

“But improvement is very hard when our efforts are fractured across disputes and competition between schools and school systems, rather than concentrating on following the best precedents. And it’s also true this test only measures a — objective, easily tested — fraction of what students are learning.

But Charmaine Barratt wrote “My daughter got above average marks for NAPLAN and only received C’s at the end of year, for teachers that didn’t teach this year I’m very disappointed in these results”, while Natalia Komarova wrote “Less screen and more paper based learning with actual writing skills. Having classes of 29-32 kids doesn’t help either”.

This week, our question is:

I was born with ADHD and struggled with maths at school, until I committed myself to catching up. With guidance from two teachers I eventually began to excel at it. Catching up with my performance in other subjects.