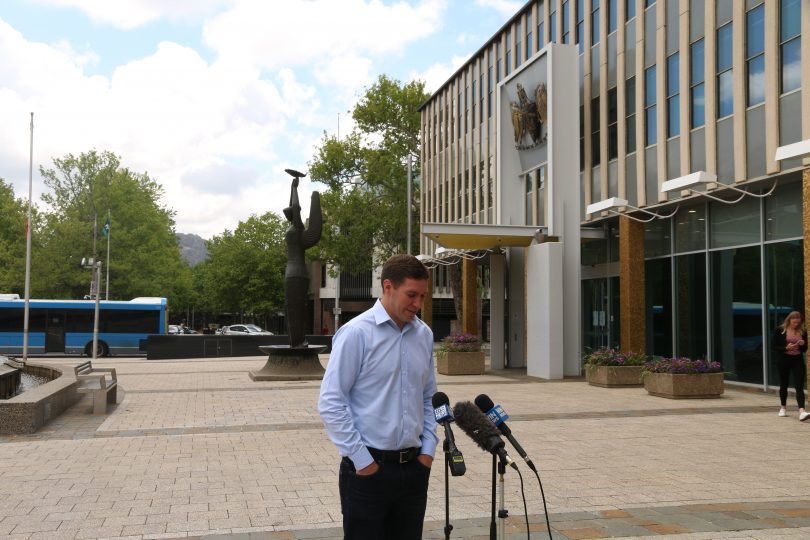 It’s all over bar the shouting (and those last handful of seats in the balance) and most of you are pretty relieved to be done with the 2020 election.

COVID-19, the burden of incumbency versus the risks of inexperience and the vagaries of the Hare-Clark system all played their part in an election which delivered the same result but with all sorts of different variables.

For most of you, though, voting was a matter of getting it out of the way as soon as possible. The ACT Electoral Commission was keen to get as many of us out to vote as early as possible to manage the health risks as efficiently as possible.

In total, 63.5 per cent of voters cast their ballots before Election Day at a booth. Postal votes accounted for a further 7.4 per cent, leaving just 29.1 per cent of Canberrans to vote on the day.

We asked, Do you prefer early voting? 1015 people got involved. Your options were to vote No, I like to be able to change my mind up to the last minute. This option received 11 per cent of the total or 108 votes. Alternatively, you could vote Yes, I always know who I’m voting for, get it out of the way. This received a virtual-vote tsunami, attracting 89 per cent of the total or 907 votes.

This week, after a disastrous result for the Opposition, we’re asking what becomes of the Canberra Liberals’ leadership? Alistair Coe has accepted responsibility for the result, but deep divisions are apparent inside the party.

That echoes the concerns of many Canberrans: why would conservatives control a Liberal branch in the most progressive demographic in Australia? And will they ever win another election?

Jason said: “Never forget that these are people who clearly would rather be out of power for 19+ years than accept the mainstream views of Canberrans and change on issues like LGBTQI rights, economic policies, women’s rights and environmental concerns.”

And Paul Murray said: “There was nothing wrong with the campaign – how it was run and organised, how tirelessly it was worked at, how thoughtfully-placed the damn corflutes were – the problem was with the platform the campaign was selling.

“When I got the card in the mail that promised they’d both reduce taxes and improve services, that absolutely everything would be better, I burst out laughing. I bet I’m not the only one. Their promises were just not credible. This is Canberra, for God’s sake – we’re cynics.”

But Hidden Dragon observed: “When they’ve worked through the various stages of grief, the best option for the ACT Liberals might be to go on a unicorn hunt, in search of politicians of the right who have found a formula for repeated (not flash in the pan) electoral success in polities dominated by ‘white collar’/knowledge industry workers.”

But Alistair Coe won’t be drawn on whether it’s time for him to step down from the leadership.

12 Responses to Probing the polls: early voting a winner, not so much the Liberals
Filter
Show all comments
Show only Website comments
Showing only Facebook comments
Order
Newest to Oldest
Oldest to Newest

Zed and friends have put his party into a position of not being electable. A move to the centre needed.

No. Canberra has a ideological noose around her neck. Ill stick with truth and principles than pander to the rabid zeitgiest.

The best leader... For Green seats!

Nah, hang on to him, his style of comedy isn’t lost on some us - soooo funny!

And Zed and all his footsoldiers

Cool. While we’re at it, let’s spend more time looking at why the Greens won so many more seats than before? Let’s look at why Labor’s vote didn’t change and they lost seats.

Labor says “we have the most seats”, but they can’t do it alone.

The liberals need to do some soul searching (and move back closer to the middle), but they’ll not be reading this and agreeing.

Another question is, why didn’t more centre-right parties win seats from the liberals?

Angela, yeh no irony lost in my statement is there. That’s the problem, lots of people are right leaning but not “that right” enough to vote for the Liberals in their current form.

Labor at times is centre right! But there are not any parties that sit between Labor and liberal like the Democrats did or Nick Xenophon in SA. Also as the liberals go further right more people go further left, which is prob why the greens got more votes. The political voting curve flattens as people move to the fringes.

Bring back Jeremy? Or give Mark Parton a go?

Seems he cant string a sentence together so yes

Robyne Mitchell - 10 hours ago
What about the people who lost their livelihoods and houses as a result of this fire? View
Louise Flood - 10 hours ago
Robyne Mitchell and the Blue Mountains fire that started with in Lithgow View
Martin Budden - 10 hours ago
Phill Wall when you realise you've made a mistake the first thing to do is own up to it, then you can fix your procedures to... View
Community 2

Kirsty Ross - 10 hours ago
Fiona and Epilepsy ACT have been a great support to me since my son was diagnosed with Epilepsy. View
Anne Munns - 10 hours ago
Sally Carter....FYI:-) View
News 35

Martin Bradley - 10 hours ago
With the exception that programs within the prison focussed on rehabilitation can always be improved and you could call that... View
show more show less
*Results are based on activity within last 7 days

@The_RiotACT @The_RiotACT
A dragway gets the thumbs up from many of you. And on road matters, this week's poll asks if cyclists get a fair go on Canberra's roads? https://t.co/EC199gbmZv (8 hours ago)

@The_RiotACT @The_RiotACT
From riding the miniature railway to learning how to photograph some amazing animals to riding a penny farthing, there’s something for everyone to do in CBR this week https://t.co/3jxDq78Nat (9 hours ago)

@The_RiotACT @The_RiotACT
As new photos emerge of the Orroral Valley bushfire, Andrew Barr says the ACT won't engage in a blame game with the ADF https://t.co/TL98OdWXQs (11 hours ago)