Probing the polls: Religious exemptions and tech in your kids’ classrooms 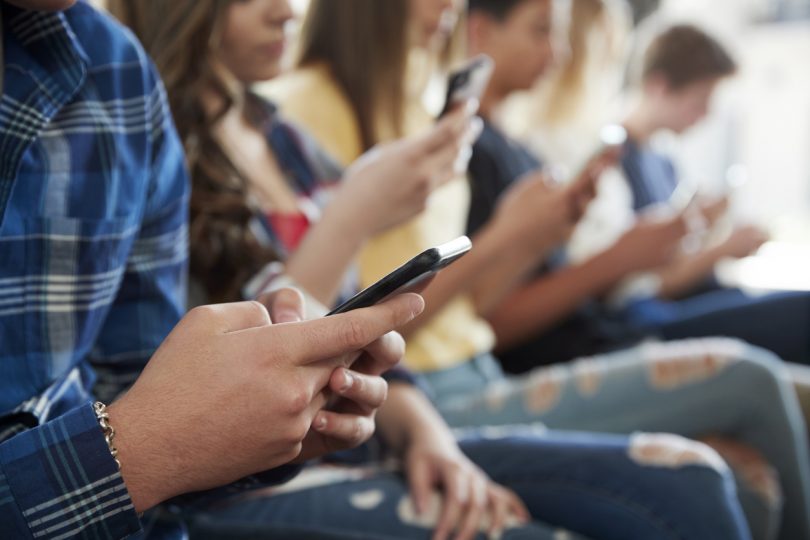 Should schools aim to wean students from their screens? Photo: File.

Religious freedom has been a question on many lips recently but few would have attached it to whether or not you should wear a bike helmet.

Matters took an interesting turn when Minister Shane Rattenbury granted an exemption to a member of the Sikh community who was unable to accommodate a mandatory helmet over his turban.

So in a nation where debate has raged over people’s right to speak their mind regarding religious values, despite the risk of causing offence to others, where do RiotACT readers stand on the freedom not to wear a bike helmet because of your beliefs?

Our question for last week’s poll was In a country that values freedom of religion, should religious exemptions apply to everyday laws?

A sizeable 842 votes were cast in total. Your options were to vote Yes, so long as these are minor matters that don’t affect anyone else. That option received 22 per cent of the total, or 188 Votes.

Or you could choose to vote No, laws are made for everyone. That’s what being a citizen is about. That option was the clear winner with 78 per cent of the total, or 654 votes.

This week as school goes back, we’re discussing whether technology has gone too far in the classroom at the risk of other life and learning skills.

Ian Bushnell thinks so. In his regular editorial, he argues that: “computers and the internet have transformed the way we communicate and obtain information but they should not be an end in themselves. There is no question about their role in learning but there remain plenty of questions about the appropriate age for children to be exposed to technology.

“So the Education Directorate is right to stress professional development, but can we also have a little more discernment when to comes to the introduction of technology in the kindergarten and classroom and wind back the electronic stimulation so the young child can appreciate the beauty of the natural world around them?”

Guy Manton said, “I remember this coming up at a conference last year, and one of the ideas was we over-focus on mediums, and under focus on content. If kids ( and adults) are using screen time to learn, create and problem solve then there shouldn’t be an issue. The problem is there’s a lot of ‘junk food’ style content and distractions like social media and games. Learning to differentiate these could be the bigger issue. In saying that a lot more research is needed.”

But Kriso Hadskini disagreed, saying: “Teacher here. Latest research supports less screen time for deep thinking. It was only ever that government can only understand hardware … things … and really struggles with the invisible aspects of teaching and learning. So if the answer to everything is smartboards and laptops it ticks the boxes. Real learning will always come down to relationships between students and teachers and parents. Beware the shiny toys!”

With extreme smoke haze and extreme heat , this has been hard to enforce this year but I’m in total agreement. Get outside

Rob - 20 minutes ago
Maybe if the government concentrated on ACT issues, we’d have a decent integrated public transport system, we’d have a ho... View
News 10

Treena Loiterton - 1 hour ago
Geoff Richardson what about dumping every single record about war/defence on the steps of the memorial and getting them to ke... View
Richard Grainger - 5 hours ago
That building is simply storage. The cost that the Archives desperately need funding for is to digitise the records. A lot of... View
News 64

Ray Ez - 2 hours ago
Tiger Fit so no memorials for anyone?? Did you think that maybe this sort of thing helps a lot of veterans? View
Ray Ez - 2 hours ago
Ian Pearson you do understand the consultation was not a vote? They asked for people’s opinions. They are under no obligati... View
Ian Pearson - 2 hours ago
Concur - while Stalin might have said that numbers have a quality of their own, presumably the NCA did not agree. View
Business 1

Finagen_erection - 4 hours ago
It’s simply a result of poor investments by governments (plural) and failures in leadership within CHS. The CEO has quit, t... View
Kimmy Hunter - 5 hours ago
Well your very lucky because I had a family member told they can’t access nsw health and had treatment refused View
News 12

Tyson Powell - 7 hours ago
Tyler Greening look at him doing so much more View
Sarah L Yoong - 7 hours ago
Great story which many of us can relate to. Well done Alan! View
show more show less
*Results are based on activity within last 7 days

@The_RiotACT @The_RiotACT
The @CanberraLibs have called on the ACT Government to focus on local problems instead of using the Legislative Assembly to debate issues outside its purview. Do you think the government has the right priorities? https://t.co/xCNSHnr8pY (24 minutes ago)

@The_RiotACT @The_RiotACT
Police have not yet released the name of the man fatally shot on the doorstep of his Phillip townhouse late on Thursday night (10 June). Investigations are continuing https://t.co/iXGyIpzjHl (44 minutes ago)