Experts in buying, selling & renting
Your property, your future
30 September 2020 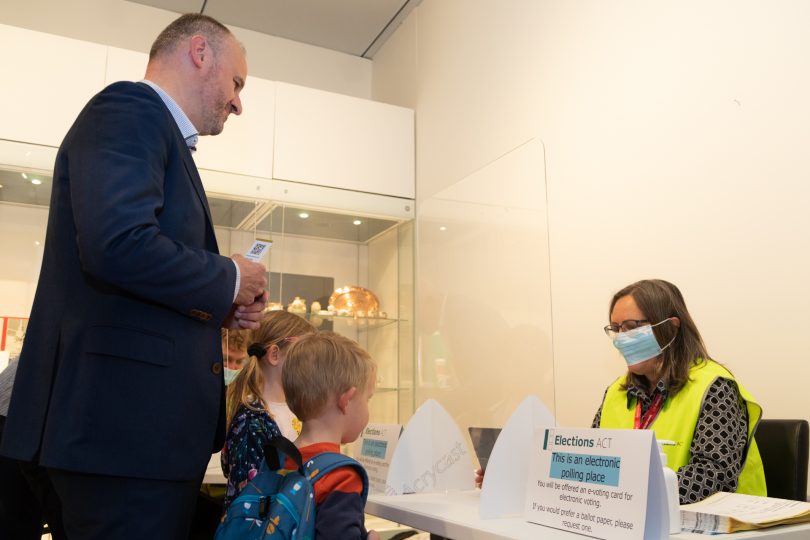 They’re the bane of many Canberrans’ lives come election time and it was no surprise to find in last week’s poll that the majority of readers loathe the corflute plague and want them banned.

Minor party candidate Bethany Williams made an impassioned plea for understanding about why independents and smaller parties use the signs.

“If you don’t know who we are, you won’t vote for us. And at a time when we desperately need to have a more diverse crossbench to ensure more scrutiny and transparency, minor parties and independents need your votes more than ever.

“When we have a more diverse Legislative Assembly, we will have better democracy. And this will be a really positive thing for Canberra,” she wrote.

READ MORE If you’re complaining about corflutes, spare a thought for the minor parties

But the argument got short shrift with many readers.

Steve said: “Minor parties and independents can either keep the major parties to account, or interfere in government consensus and stifle work or progress, particularly when minor parties and independents conform to particular left or right ideologies that are not neutral, moderate or centrist. There is also no significant centrist, neither left or right party holding balance like the Australian Democrats did federally in its heyday.”

And Rainer N Palma Busacker said corflutes were “a waste of funds, get out there and meet the people”. Before noting that “on the other hand it’s helping the local printer”.

We asked: “Should we ban election corflutes?”, and 874 people responded.

Your options were to vote “No, give the smaller parties a go and show some patience”. This received 19 per cent of the total, or 163 votes.

Alternatively, you could vote “Yes, the damn things are infuriating rubbish”, and this was the clear winner, receiving 81 per cent of the total, or 711 votes.

This week, we’re wondering how enthusiastic you are about the whole election? Regular columnist Zoya Patel wrote recently about her distinct lack of enthusiasm for the ACT election, describing herself as increasingly “cold and cynical” about the process.

“I drive past the avenues of corflutes thinking how, aside from the currently elected, I don’t know a single thing about any candidate and I’m not sure that I care to find out”, she wrote.

“I read policy announcements with a cold detachment, and an overwhelming sense of ‘what does it matter, they’ll just do whatever they want when they’re elected anyway’. My sense of agency in a democratic system has been marred, and I have to wonder if it’s because I’m no longer in the comfortable majority with my views – is this how other people have felt all along?”

Voting is not actually compulsory in Australia although turning up to vote either in person or via postal vote is mandatory and will earn you a fine if you fail to comply.

Arguably, it’s one of the great strength of our system and protects us from extremists governments, voted in elsewhere when many citizens don’t bother to participate. But here in the ACT, many assume that the results are a foregone conclusion and their votes will make little difference to the result.

Our postal voting forms are currently laying unopened on the floor next to the bin….eventually we will open them, make our mark and they will be sent back to be counted but quite frankly this year seems to be a ‘pick the funniest clown’ year…or guess who can promise to spend the most money but other than promising fairy dust and rainbows, there doesn’t seem to be any explanation on where the money is coming from…this stupidity seems to be more contagious amongst candidates than Covid.

I look at other countries – like the US – and am grateful we get to participate in our democratic system with very few barriers. I am awaiting a postal vote although with Aus Posts terrible service at the moment I’m concerned it won’t make it in time.

The corflutes seem to have replaced old school electioneering.

Greens candidate and an Independent are the only ones I’ve actually seen face to face outside of shopping centres.

“I drive past the avenues of corflutes thinking how, aside from the currently elected, I don’t know a single thing about any candidate and I’m not sure that I care to find out”

Is that the fault of the process though, or the individual who doesn’t care to find out? I suspect that most people spend more time waiting in line for their morning coffee then bothering to find out anything about the parties or candidates.