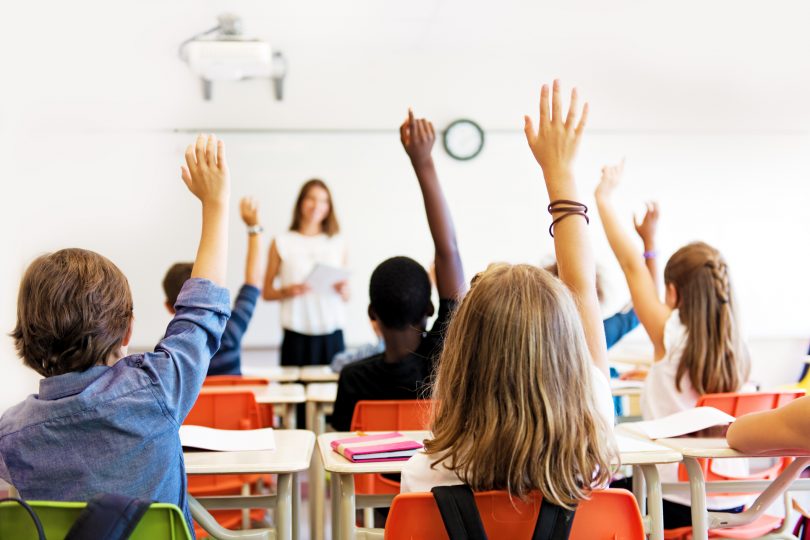 Is closing our schools the right thing to do amid coronavirus fears? Photo: File.

In the midst of COVID-19 panic, it seems there’s little else Canberrans can think about, plan for or respond to other than how to handle the virus’s rolling impact on their everyday lives

There have been some tense scenes at Fyshwick Markets and in other retail outlets. Supplies of toilet paper, rice and pasta remain low everywhere as our political leaders urge people to get a grip and behave with some decency as the virus settles in for what could be a long stay.

Anna Gallagher said: “There is no excuse for abuse. Ever. But, of course, people are going to be angry when basic simple items are suddenly unaffordable, especially those that are anxious and worried about feeding their family. Already you can’t get staples from the supermarket due to the greed of some people. And now you can’t afford to get fresh fruit and veg. It’s just ridiculous and needs to stop.”

Our last poll asked Have you been stocking up on toilet paper and dry goods?

2,270 people voted, with an overwhelming majority for No, and I have no idea why people are behaving like this. This option received 89 per cent of the total (or 2,011 Votes). Just 259 people, or 11 per cent of the total voted Yes, whatever the reason it’s better to be safe than caught short.

But already our concerns over where to get the loo roll seem a world away as we grapple with what happens to our schools. Since the crisis began, Prime Minister Scott Morrison has been insistent that schools remain safe and that closing them would have a drastic economic impact.

But despite the National Cabinet’s role, NSW, Victoria and the ACT have all taken their own steps this week. In the ACT, schools will remain notionally open but pupil-free until the school holidays as the education system prepares to deliver online learning. In NSW, schools are open but the Premier has advised parents to keep their children away if at all possible, while Victorian schools are closed.

That’s causing consternation among working parents who are dependent on schools and worried about their options as employment issues begin to bite.

“Some of us have a job. How can working parents work from home and do their kids online learning?” Juls Jefferson asked.

The dissonance between State and Federal governments is also causing confusion as the Prime Minister remains insistent that schools should stay open.

“So closed but open? Or is it closed unless the kids have working parents who can’t take time off or kids of healthcare providers? School closed from Tues but open till end of term?” Amelia Ponds asked.

Our question for this week is:

Amanda Evans - 1 minute ago
Angela Hauzer People can be passionate about their love or hatred for certain trees and that's ok. But, you know we really ar... View
Kelly McGrath - 28 minutes ago
Christine Young my mother and father inks got “free trees” from the govt 40 years ago! We now have the 2 biggest gum tree... View
James Vetos - 1 hour ago
Quite a few comments about price per tree. Does the total cost include the planting of the tree and ongoing follow ups to wat... View
Opinion 25

Clever Interrobang - 2 hours ago
It’s just politics, ending the lockdown or extending it will upset one group or another no matter what. It’s a delicate b... View
Clever Interrobang - 3 hours ago
The point of having inalienable rights is that they can’t be taken away by will of the mob. View
chewy14 - 3 hours ago
JC, Thanks for pointing out that the ACT is not following the National Plan. And no the ACT "plan" is not nearly the same as... View
Business 2

JC - 4 hours ago
No it’s not. When it asks if it’s a replacement answer no. View
show more show less
*Results are based on activity within last 7 days

@The_RiotACT @The_RiotACT
One look at this week's newsletter and you'd think kangaroos had taken over Canberra... hop to it! Subscribe now for all the latest stories straight to your inbox https://t.co/XVdXBWjSeq (17 minutes ago)