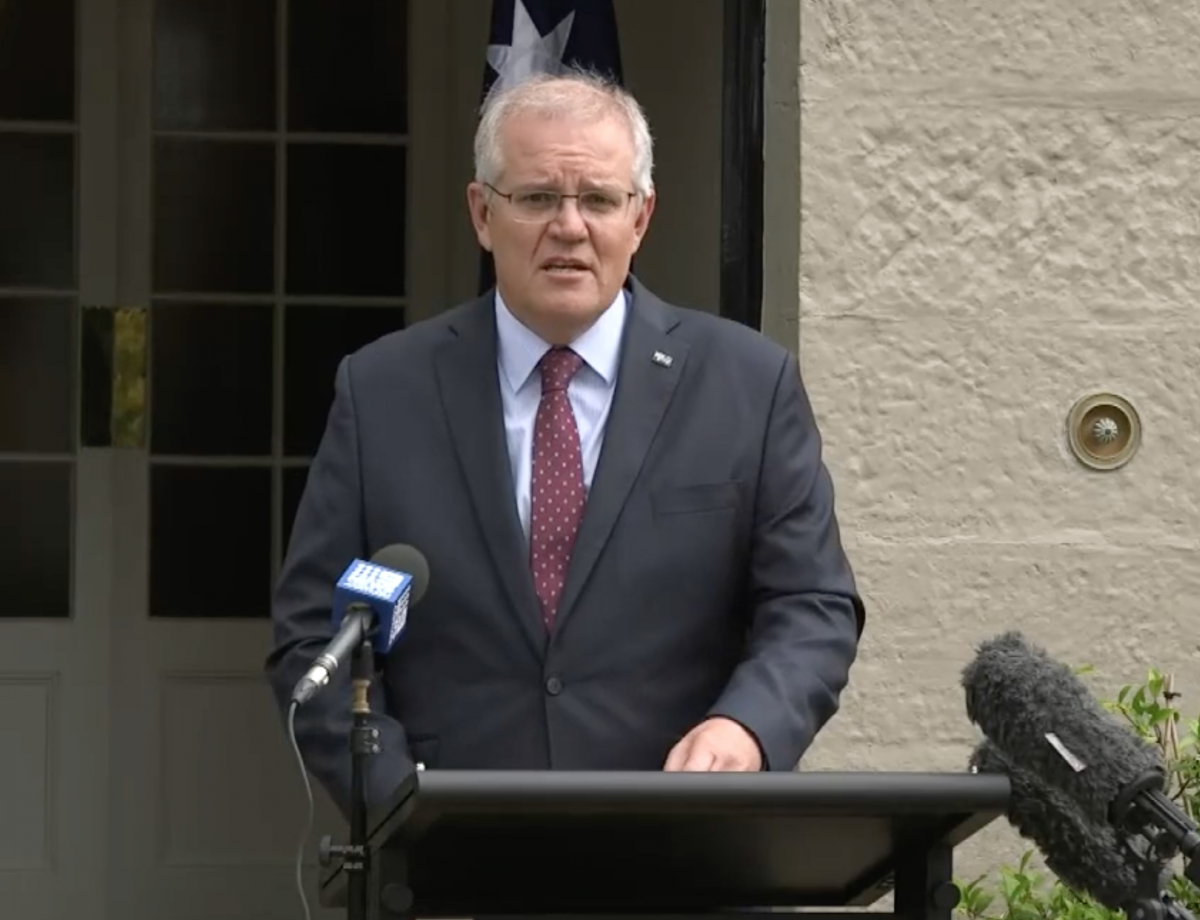 Public servants will be compelled to give evidence to an inquiry into Scott Morrison’s secret ministerial appointments, even if the former prime minister himself is not required to.

Former High Court judge Virginia Bell will head an inquiry into Mr Morrison giving himself five extra portfolios while respective ministers also remained in the jobs, in most cases without the knowledge of those ministers.

The unorthodox process has dominated political discourse over the past few weeks since it became known.

And while advice to Anthony Albanese is that his predecessor’s actions were not illegal, the Prime Minister has nevertheless launched a formal inquiry into the matter.

Mr Morrison will not be compelled to give evidence to the inquiry, leaving the option open for a full-blown royal commission if he doesn’t.

“There will be the opportunity for public submissions and Virginia Bell will ask to speak to people who were involved or who had knowledge at the time. We chose not to go down the road of a royal commission,” Mr Albanese said.

“We think this gets the balance right. But I would find it extraordinary if anyone refused to talk to a former High Court judge who is, I think, beyond reproach.”

Public servants who might have been involved or had knowledge of the appointments will be required to front up if called upon.

“I’m certain that this appointment will be seen for what it is and that people will cooperate by giving information. Certainly, public service will be required, and I don’t think it will require compulsion,” Mr Albanese said.

“But if it was the case that Virginia Bell felt like she was not getting the cooperation that was required, then I’m certain that other measures could be considered.”

The departments Mr Morrison selectively added to his own portfolio of ministries between March 2020 and May 2021 were Health, Finance, Treasury, Home Affairs, and Industry, Science, Energy and Resources.

It can be expected that the heads of those departments at the time – Brendan Murphy, Rosemary Huxtable, Steven Kennedy, Mike Pezzullo and David Fredericks – will be called to give evidence.

Most have already stated they were unaware Mr Morrison had made himself joint minister of their departments.

The-then health minister Greg Hunt was aware that Morrison was sharing his portfolio, so perhaps the secretary of that department – Brendan Murphy – will be asked a few pointed questions.

It might not be just the department heads called to give evidence. Those in other senior ranks of the respective departments could be asked to share what they did or didn’t know.

Certainly, the-then head of the Department of Prime Minister and Cabinet, Phil Gaetjens, will be called, along with a number of officials serving in that department at the time.

It appears that in that department, at least, some public servants were told to keep the arrangements secret.

Mr Albanese said the inquiry will examine, among other things, the implications of Mr Morrison’s self-appointments for the functioning of departments, government business enterprises and statutory bodies, and for accountability and public confidence in Australia’s system of government.

Earlier this month, the Prime Minister made a point of not blaming public servants for what happened.

“They’re not the ones that need to be held to account here. The politicians who made these decisions and who asked, obviously, at the time, they asked that this information be kept secret,” Mr Albanese said.

“It’s not up to public servants to release information. It was up to the decision-makers who were elected representatives.”

Ms Bell will report the findings of her inquiry to the Prime Minister on 25 November.

Waste of money.. I expect it was a national security deal where those ministers could have come down with covid and been incapacitated.
Albo has failed to define an issue other than a witch hunt.
The one who constantly points out where things might be less than above board of others is likely the one who is well versed in corruption and dodgy deals.

I expect you do not read much, because your supposition is a nullity. You might recollect that a Prime Minister unexpectedly drowned in 1967, and Dutton had Covid while Home Affairs Minister in 2020, prior to Morrison’s paranoid power grab. No problems arose either time, because there are two separate mechanisms for dealing with those things _immediately_.

Albanese did not define the issue. The Solicitor-General did, to general concurrence from constitutional lawyers I have read. Yes, lawyers and judges usually know what dodgy or corrupt conduct looks like.

The principal reason advanced by Morrison was his realisation of the sweeping powers available to Hunt under the Biosecurity Act 2015 (a problem in itself) so a desire to be able to nullify Hunt’s actions. The other several instances had not even that excuse.

These people to whom you are so knee-jerk opposed politically are trying to protect _your_ democratic rights. Wait for retired justice Ms Bell’s report, then decide a response.

During the pandemic most Labor State and Territory leaders took rights away and gave the power to unelected health officials.

States also looked to rush through laws to extend and make permanent emergency measures. No one in the house on the hill seems to want a review into any of the other breaches of said democracy.

Phydeaux,
I agree with you that the Solicitor General has provided his advice.

That the appointments were legal and within the powers given under the constitution.

Now whilst I think that our governments have too much power and rights are too easily removed along with far too much government secrecy, it’s a bit rich for political opponents to focus on this as the area that needs extra control.

Apparently the continual creep of government control and reduction of civil right throughout the pandemic is fine, but Morrison’s actions are beyond the pale.

make him front up instead of scapegoating on public servants.

Who cares …wow …waste of money from labor…. Again!!!

Jason Metz I care about politicians undermining our democracy and so do lots of others. How do you feel about morrison secretly appointing himself a minister then using that secret power to hand out taxpayer money as a grant to win elections…without even his party knowing?

Morrison should be made turn up