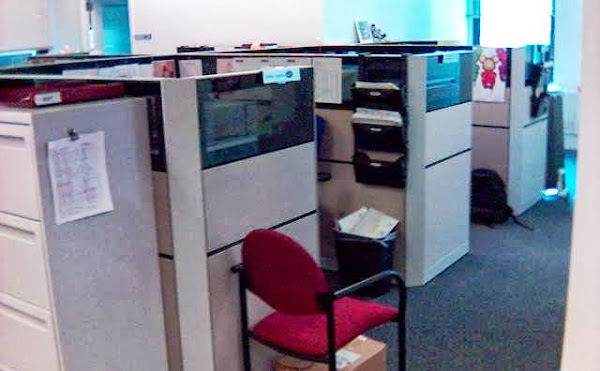 By Michelle Grattan, University of Canberra

The Australian public service is less well-placed that previously to offer expert advice, according to former minister Fred Chaney.

Chaney said that public service reforms had actually weakened the capacity of the APS to offer frank and fearless advice rooted in deep knowledge and experience, and to carry out efficiently government policy decisions.

Speaking to the Menzies Foundation in Melbourne Chaney, who served in the Fraser government in the Administrative Services, Aboriginal Affairs and Social Security portfolios, said the APS now encouraged generalists with a high level of mobility across the service.

When he had been a minister 35 years ago he had been serviced by departments with deep knowledge and understanding of their policy areas.

“In Aboriginal Affairs and Social Security there were long-serving officers capable of giving me frank and fearless advice based not on politics but on deep knowledge and experience.

“This ensured that, however green the minister, he or she could rely on the accumulated knowledge and expertise of departmental advisers.

“The minister might still make mistakes but could avoid doing so out of ignorance.”

Chaney said there were many factors in the changes, including public service reforms brought in by former Labor minister John Dawkins and the rise of political staffers in ministers’ offices.

“But we are a long way from the (possibly apocryphal) tale of Menzies being queried about the appointment of a weak minister and his response, ‘yes, but he has an excellent departmental head’”.

Chaney said that the departments for which he had responsibility had “many officers of Labor persuasion.

“Never once did I feel less well or less loyally served for that.”

He recounted an effort he had made five years ago to get public service and political interest in the matter of the governance of governments in remote Australia.

“Approaches to Treasury and Regional Affairs departments resulted in advice that departments were no longer structured to examine such long-term issues.

“More recently, when I came across an outstanding research project demonstrating how to hugely improve capacity to deliver age and disability services in remote communities and made inquiries about how to embed this knowledge in the relevant department, I was advised that the sort of core knowledge-containing structures I had enjoyed as a minister no longer exist in the APS”.

Michelle Grattan does not work for, consult to, own shares in or receive funding from any company or organisation that would benefit from this article, and has no relevant affiliations.

It is difficult to imagine that anything currently in prospect for the APS will improve matters in this regard. The Coalition’s plans for devolution, and reduction of duplication, may well revive talk of “steering rather than rowing”, but I will believe that when I see it.

I started in the APS in the mid 80s (at the Board, in fact), and have jumped in and out of it ever since. The changes outlined by Chaney are very evident, and I sheet them home to Howard’s time. We know that politicisation of the Sec and Dep Sec level had already begun under Labor, with unpalatable heads being removed, but Howard set out to completely change the APS, and he did.

He abolished many service-delivery parts of the APS, quoting his “yellow pages test”: if a service was being offered by private enterprise (and therefore in the yellow pages), the government should not be in that arena.

He also demanded that things within the APS like recruitment, IT, HR and admin be outsourced to the “efficient” private sector. I think this also led to the demise of the public service printers.

Policy was possibly the most far-reaching change however. Howard stated that policy would also be outsourced, to some skepticism within the APS; how could you outsource policy? Well, outsourced it was.

Anyone working in DFAT (and also Defence, ASNO etc) will tell you that the big-picture policy direction is now formulated by think tanks and policy institutes. The Lowy is just one (and a major one at that).

The recently-implemented Primary Health Care Network, of which Medicare Locals is the public face, was a policy formulated and sold to the government by the Australian General Practice Network, now rebadged as Medicare Locals.

Howard stated that the APS woudl become an implementation arm of government, that it would be in charge of contracting out the provision of policy and services, and then managing the contracts. And this is what it does. The loss of expertise in what was once normal business was evident in the roll out of the home insulation program, and the school building program. The APS had clearly lost experience and expertise in how you do these things, and how you prevent crooks from soaking money out of the programs.

Where APS departments could once control how they performed their functions, they now bob, scrape and jump to directives from Ministers’ offices. Up-jumped little hitlers in the offices of ministers issue orders (based on little knowledge or experience of how things work) and senior APS officers scuttle to do their bidding.

Colin Vivian - 22 minutes ago
Article rather gives the game away “filled-in area will need to settle for a few years before any further development can t... View
Colin Vivian - 32 minutes ago
Annette Milnes you won’t need to worry. The pandemic will provide the perfect opportunity for the Government to ‘discover... View
David Brown - 24 hours ago
Baaa wants to sell off our foreshores to his developer mates. 😟 View
Opinion 4

Paul Murray - 2 hours ago
For thousands of years, there has been a penultimate solution (short of execution) for people who just will not, will not, wi... View
News 5

JS9 - 2 hours ago
As long as properly designed, this has the sniff of another 'dickson parklands' to me - i.e. a few whinging locals that simpl... View
JS9 - 2 hours ago
It is simple why it is proposed. Because the huge block where the current layover is down near ANU is on the block to be sold... View
ssek - 4 hours ago
For once, I agree with one of these residents groups. It is hard enough to find parking in the city as it is, without removin... View
Opinion 12

Paul Murray - 2 hours ago
A step in the right direction would be that the courts ought not to impose more of the same for failing to abide by a formerl... View
Community 1

quetzacchi - 3 hours ago
It's all good to say "if we all stay sensible" but if everyone stayed sensible, we wouldn't have had the Victoria outbreak. I... View
Breaking 1

theroundone - 4 hours ago
What are the names of the suspects? View
News 3

Jack Wiles - 20 hours ago
It's not the type of meeting place depicted by so many comments; it's not somewhere you would take young family but is a plac... View
News 20

Marea Fatseas - 23 hours ago
Essentially, 80 percent will still go to landfill under this proposal, which is not a great outcome. View
Capital Retro - 1 day ago
Are you suggesting that while there would be difficulty getting permission in locating and establishing another landfill in C... View
Opinion 2

MERC600 - 24 hours ago
Tim I fear your saying 'The most obvious is the economic downturn created by COVID-19' will prevail. Also this Covid bug econ... View
News 64

David Brown - 24 hours ago
Will he still be a candidate? Just not an endorsed Lib? View
Guy Manton - 1 day ago
Andrew Duncan there was a debate, theres been thousands of ongoing debates about these kinds of issues. Canberra doesn't supp... View
Breaking 4

Canberrans with valid travel permits have been stranded at the Victorian border after NSW authorities changed their access requirements at...
News 63

The $2.5 million proposal to demolish the Chisholm Tavern to make way for a McDonald's restaurant, which was submitted to...
News 39

Chief Minister Andrew Barr has written to Prime Minister Scott Morrison, warning him that Victorian parliamentarians who are planning to...
News 77

Chief Minister Andrew Barr has poured cold water on the possibility of a new football stadium being constructed in the...
News 27

@The_RiotACT @The_RiotACT
Have you seen the latest additions to Batemans Bay’s Sculpture Walk that have provoked a social media storm? https://t.co/gBfhLBC6yi (1 hour ago)

@The_RiotACT @The_RiotACT
After four years and hundreds of columns, Rebecca Vassarotti is signing off to contest the 2020 ACT election https://t.co/7gQ7xJheeJ (2 hours ago)

@The_RiotACT @The_RiotACT
The proposal for a new city bus layover in Turner has sparked a Legislative Assembly petition from local residents who are not on board with the idea https://t.co/O1EAe7wcFk (3 hours ago)