Around 4.20pm the two teenagers entered Liquor Land on Franklin Street, Griffith and threatened staff with a knife while demanding cash.

Staff members complied with their demands and the two teenagers left the store with a small amount of cash.

The officers who attended the store in response to the aggravated robbery reviewed the CCTV footage and identified the two teenagers.

ACT Policing Criminal Investigations detectives attended a unit on Light Street, Griffith where the teenagers were located. Detectives conducted a search of the unit, locating and seizing a number of evidentiary items.

Detective Superintendent Brett McCann from Criminal Investigations said the quick apprehension of the teenagers was due to attending officers having early access to the CCTV footage.

“The officers who first responded to the incident quickly review the CCTV footage with the assistance of a staff member. The officers identified the two teenagers after they had earlier spoken to them about another matter.

“The good quality CCTV footage along with someone at the store knowing how the CCTV system operates assisting us in identifying the teenagers and taking them into custody.” Detective Superintendent McCann said.

The two teenagers, both from Narrabundah and aged 17 were conveyed to the ACT Watch House and charged with aggravated robbery. They are expected to face the ACT Children’s Court later today.

Lived two blocks from Stuart Flats, had my car broken into twice. Moved 3 streets away, no problems! Sure gutsy to waltz in at 4.20pm though.

It’s a drug-infested hellhole fullof losers which generates a significant proportion of the crime for kilometres around. God help the genuinely needy who end up there.

I noticed that our friend mentioned in another post with the dodgy car and no fixed address was picked up in Stuart St. Visiting his buddies, no doubt.

It ought to be razed to the ground. All former residents with criminal records go to the end of the non-urgent waiting list. The rest can be re-housed immediately.

So after robbing Liquor Land they bolted across the road to the Stuart flats.Absolute geniuses but entirely predictable given the large number of quality humans that reside there.

Reminds me of the time i observed one of the quality humans grab two or three bottles of spirits from a grog truck pulled up outside Liquor Land and then sprinted towards the flats with the delivery guy giving chase some ten seconds later.They’re very thirsty over there and yes he got away.

Canberra could be perceived as boring, or as 'chilled' - it's very easy to find peace and quiet here… View

Sterile. So over political correct. Got rid of v8 super cars event. Floriade is dead and gone. Question.… View 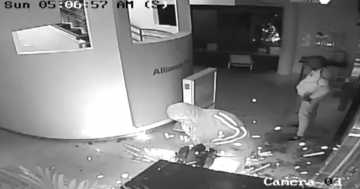