Raiders to be sponsored by Huawei

The Raiders have announced they’re going to be sponsored by the massive Chinese globocorp Huawei.

Canberra Raiders CEO Don Furner said the club is excited about the new partnership with Huawei and the players were looking forward to running out in the new jerseys displaying the Huawei logo on Monday night, when they take on the Cowboys at Canberra Stadium.

“The Canberra Raiders are extremely proud to enter into this partnership with such a large and successful company like Huawei. Mr Furner said. “Huawei is a world leader of information and communications technology and to have them associated with the Raiders is a massive boost for the club and our members.

Huawei was recently banned from participating the the National Broadband Network amidst security fears and the company’s entanglement with the Chinese army.

It is believed they’re launching a PR offensive in Canberra to win hearts and minds, of which the Raiders’ sponsorship is part. 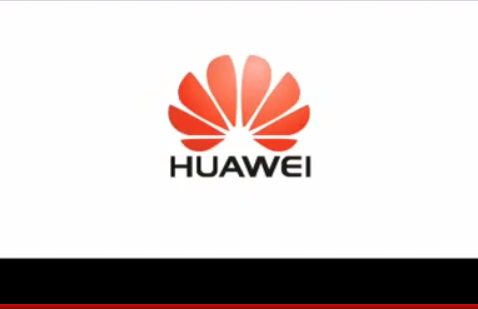 Must be some reverse psychology thing.

No one pronounces Canberra ‘properly’ because the name Canberra is itself a corruption of an earlier name (Ngambri/Kamberri, depending on who transliterated it and when). Besides, this is the English language we’re talking about – the way something is spelled has very little to do with the way it’s pronounced.

Actually, this is spot on.

Major buisness’s don’t forget so easily & when a sport has an off-field image & culture problem like Rugby League does, it’s no wonder sponsorship is so difficult to come across.

Must be some reverse psychology thing.

We can’t all be Peter Harvey.

Will Alexander Downer be making an appearance in his fishnets?

Why is it a joke?

China will be ruling the world in 10 years. May as well get on board now…

It’s pronounced WAH-way. Should I put this down to racism, or just plain ignorance?

Do you put that down to racism or just ignorance?

So they can give back their tax-payer funded handouts from the ACT Govt then?

So they can give back their tax-payer funded handouts from the ACT Govt then?

Actually the sponsorship by Huawei isn’t all that different from the Tradies sponsorship.

Rather than bowing down to a portrait of Norm Gallagher they’ll be doing the same thing to Chairman Mao’s picture.

I think I’ll pass on the end of year Mad Monday celebrations in Tiananmen Square.

I understand that ratings for the Olympics may drop in the future but to the point where even family and friends don’t bother watching. WOW WEE

For one, I welcome their sponsorship, and look forward to seeing the local squad of the Third Department, General Staff Headquarters of the Peoples Liberation Army run out onto Canberra Stadium.

In related news, an Indian telco has just purchased the Brisbane A-League license. Only minor changes are expected, with the sound of the teams name staying the same after a minor change in spelling.

In my experience the drivers were terrible … should be a perfect fit!

Huawei was recently banned from participating the the National Broadband Network amidst security fears and the company’s entanglement with the Chinese army.

It’s pronounced WAH-way. Should I put this down to racism, or just plain ignorance?

Huawei’s code may not pose a security risk (IE contain back-doors) but I heard an attempt to get a local security evaluation done was refused, and this had a lot to do with it: http://www.theregister.co.uk/2003/01/24/cisco_sues_huawei_over_ip/

I am not a Raiders fan but tis is positive news for the club. Carney was sacked afetr the All Bar incident so your point is not valid.

Vanessa Schultz - 4 hours ago
Too young, and always a happy football mad kid, I grew up across the road in Hopetoun Circuit Yarralumla from the McInnes RIP View
Carol Jean - 13 hours ago
So sad, a true gentleman View
Stephen Keir - 16 hours ago
Sad news Always polite and genuine. View
Opinion 48

James Dof - 11 hours ago
I take the bus to get to the bus terminal with luggage and like I said it's 45 mins to civic and an hour less travel on the b... View
Julie Macklin - 11 hours ago
James Dof A bus every 15 minutes from Civic. In practice thought I imagine most people, even if there is a regular bus from w... View
James Dof - 15 hours ago
For me to catch a bus from Macquarie to Kingston it would be an hour and a half and an hour slower slower on the train than t... View
Food & Wine 135

Sylvia Brooker - 18 hours ago
Thanks Leong kitchen, you will be missed by many. All the best for the future. View
Property 5

Katie Tranter - 23 hours ago
We’ve had a pair visit a lot recently. So beautiful 😍 View
Elizabeth Ann Thurbon - 1 day ago
What about in the home garden? Do they make a good display when grouped together in a mass planting?... View
News 17

There are concerns for the welfare of a missing teenager who was last seen in the Amaroo area. ACT Policing...
Lifestyle 0

A groundbreaking decision by the Full Bench of the Federal Court is likely to have significant implications for any employers...
Sport 6

Building a new home, or renovating or extending your existing home, is one of the biggest investments you’ll ever make,...
Opinion 40

It was labelled a white elephant early on, by a former Labor chief minister no less, but now the temporary...
News 24

@The_RiotACT @The_RiotACT
While we can't gather together to mark Reconciliation Day, there are plenty of ways to start conversations and reflect on reconciliation as a community https://t.co/MZqyHdBf2V (1 hour ago)

@The_RiotACT @The_RiotACT
The launch last week of the ACT Government's Age-Friendly City Plan has come at a crucial time for Canberra's senior citizens, with the COVID-19 crisis highlighting issues that many in the national capital refuse to acknowledge, says Ian Bushnell https://t.co/Cudpndvc2c (4 hours ago)

@The_RiotACT @The_RiotACT
Two ecosystems in the ACT have been classified as critically endangered as the government moves to standardise the classification of threatened ecologies with the Commonwealth https://t.co/LMwDBDOveT (14 hours ago)