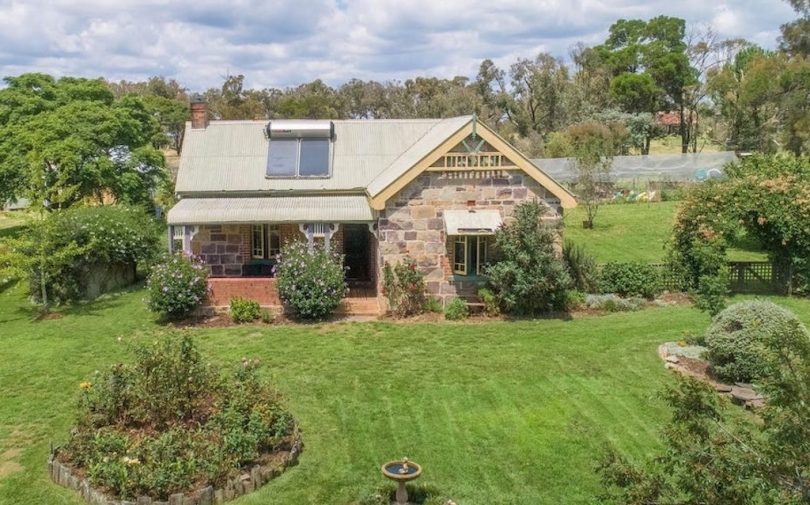 Real estate agent Greg Croker, from The Agency, sold ‘Wattle Vale’, a 1918 stone home on 16 hectares in the Bannaby/Taralga district earlier in 2021. Photo: The Agency.

City dwellers have long been fascinated with the quaint architecture throughout Taralga and the surrounding district. Now many of them want to buy into the picturesque village situated 44km north of Goulburn.

An inability to shake off COVID-19 is driving record real estate prices, which have surged by 30 per cent in 2021. Even neglected homes on the market are realising hundreds of thousands of dollars more than expected, and locals are delighted when some are restored.

But some Taralga residents are unsettled with the rise in weekend bed-and-breakfasts opening.

“Taralga people are conservative, and some of the newcomers are spoiling the place when they don’t mix with the local community – they buy a building and seem to sit on it,” says Maureen Long, a local history volunteer.

“It seems there are more bed-and-breakfasts than residents. But what can you do about it?”

“They are only here of a weekend,” she says. “We would prefer them to come and live in the town.”

Homes built of stone and rocks, which the first European settlers used from the 1840s onwards, are keenly sought today by tree-changers.

“You can’t get anything under $350,000, especially if it has a bit of stone around,” says Jan Green, a member of the Taralga Art Group which helps stage the annual Taralga Art Society Show.

Caution regarding COVID-19 may have caused the cancellation of Taralga’s art show and Australia Day Rodeo, but the virus is firing up the district’s real estate industry, says Greg Croker, a property partner in The Agency.

He is selling small farms and homes to buyers who are fed up with the COVID-19 virus and aching to get out of Sydney into open spaces and clean air.

Other buyers are cashing out of the Southern Highlands and relocating to Taralga.

Greg has been selling small farms around Taralga for about 20 years and has never seen such a price spike.

“The simple reason is a lack of stock and so many purchasers around,” he says. “You put something on the market and people are bidding against one another and pushing the price well over what it is being marketed for.

“It’s getting so busy in the Southern Highlands, they are running out of places to build there as well. People are prepared to come our way.

“Others are not making money in the bank so they are investing. COVID-19 turned the whole industry upside down. You can now also work from home so why be in the city?” 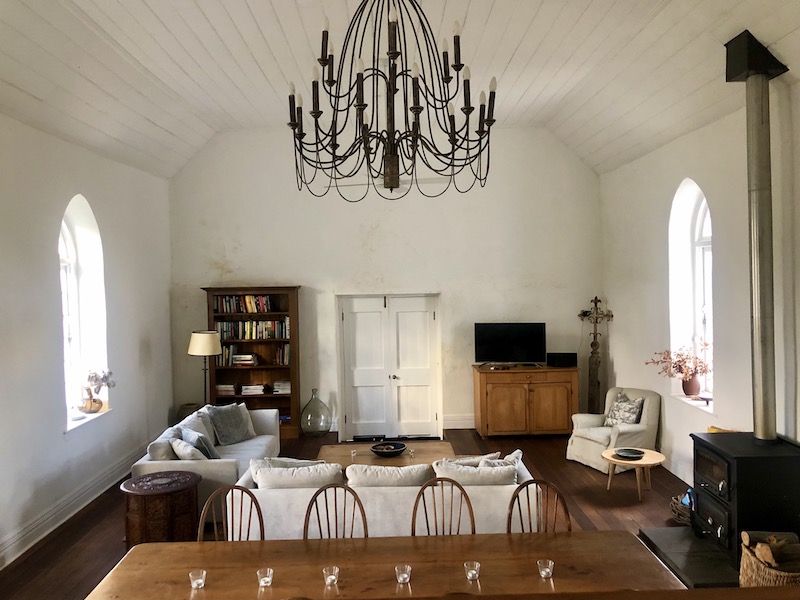 The interior of a former church that is helping accommodate visitors to Taralga. Photo: Keith Kerridge.

Sydney investment banker Keith Kerridge began buying rural property around Taralga 30 years ago. He now spends 50 per cent of his time there, steadily adding to his property portfolio.

“My interest has always been rural,” he says. “I was working in Sydney, and Taralga was only two-and-a-half hours away – it’s been an easy trip. I have young friends who are looking for a bolthole out of Sydney ask about places. I tell them about Taralga.”

He also has a couple of blocks in the village.

The restaurant and accommodation venture has boosted tourism numbers, but an old shop associated with the venture, made available rent-free for Taralga Art Group, has been relinquished.

“We always knew it would happen,” says Jan.

Prue came to Taralga from Sydney 16 years ago and bought the old bakery on the main street. She had the general store for a time, but now has a small gift shop and runs an information service.

She says the district’s wind farm has funded numerous upgrades for community facilities, including the museum, where Maureen is among the volunteers. They opened the museum on Sunday, 13 June, during the Queen’s birthday long weekend because of the numbers of visitors coming from Sydney, Newcastle and Wollongong.

A fifth generation member of the pioneering Connor family, Maureen remembers helping her father, Tot Conner, after school to load sheep on a train when a branch railway line ran from Goulburn to Taralga.

Now its tourists, not sheep, teeming through the streets.