Reclaim the Night: Relic or Relevant? 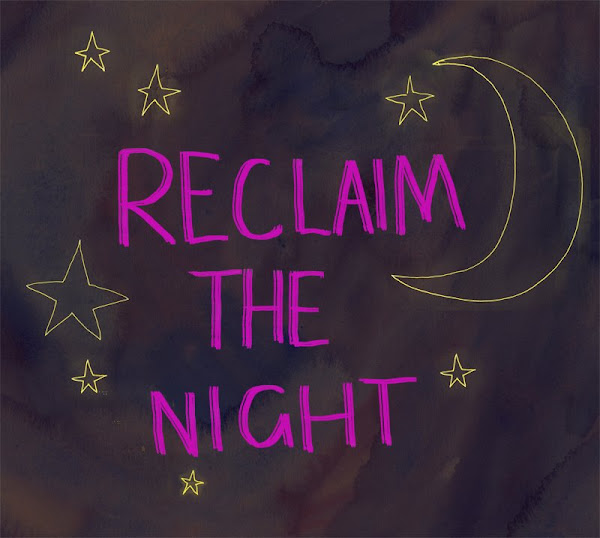 Next week women and men in cities and towns around Australia will be taking to the streets for the annual Reclaim the Night march and rally. At this event women—and men who support them— will come together to protest against sexual violence, demand their right to feel safe in public spaces, and demand an end to the fear and reality of rape and violence.

The first Reclaim the Night took place in 1976 at the International Tribunal on Crimes against Women in Belgium. Two-thousand women from forty countries marched to protest the ways in which violence impacts upon the lives of women worldwide. One year later, following a spate of attacks by the infamous ‘Yorkshire Ripper’, a second march took place in the United Kingdom to protest police suggestions that women stay indoors in order to maintain their personal safety.

This year marks the 33rd year of Reclaim the Night in Australia, but is it still relevant? In 2011 the SlutWalk movement, with its controversial language and sex-positive ethos, captivated media attention in Australia and around the world. We witnessed a rejuvenation of action against sexual violence, sparked by a Canadian police officer who commented to college students in January that women “should avoid dressing like sluts in order not to be victimised [by sexual violence].” Globally, including in Canberra in June, people protested against victim blaming violence-supportive attitudes.

SlutWalk appeared to engage a generation of feminists uninspired by Reclaim the Night. Commentators such as Guy Rundle asserted that Reclaim the Night and SlutWalk are based on different gender politics, to the point where “viewed via the politics of Reclaim the Night, SlutWalk represents giving the game away.” Rundle even argued that “SlutWalk uses feminist themes as a cover for young women to wage war against older women…” The movements were often portrayed in the media as pitted against each other in a political and generational struggle over different feminisms and different expressions of anti-violence messages.

It is true that there are key differences between the philosophies of the Reclaim the Night and SlutWalk movements. SlutWalk sought to reclaim the world ‘slut’ as a term of empowerment, is seen as more inclusive of male participation and marginalised groups, and uses fashion as an expression of their cause. It is, in a word, more contemporary. Has SlutWalk sounded the death knoll for Reclaim the Night as outdated and irrelevant?

There is no doubt that anti-sexual violence messages remain essential, not only as demonstrated by the Canadian police officer whose victim-blaming comments sparked outrage in so many people globally. Sexual violence still affects almost 1 in 5 Australian women (ABS 2010). In 2011, the media has highlighted how sexual violence persists and affects the community at all levels, including through the scandals involving the Australian Defence Force Academy (ADFA) and the potential risks that new technology poses to young people. This month, ABC’s Four Corners program discovered that some legal brothels in major Australian cities have links with human trafficking and sex slavery. These are all examples of how sexual violence continues to manifest in our community. The work that Reclaim the Night started nearly 40 years ago is clearly not yet finished.

Therefore, focusing on the differences between Reclaim the Night and SlutWalk is counterproductive, and distracts from the anti-sexual violence agenda. The movements may represent two kinds of feminisms or two generation’s approach to the issue, but they have a common goal: women’s right to live free from sexual violence. The conversation is simply being had in a different way. As one ‘second wave’ participant from the Reclaim What?forum (a forum held in Canberra in August to discuss SlutWalk and Reclaim the Night) stated, “Who are we as older feminists to tell younger generations how to fight?”

As seen by the variety of issues that have taken the media’s attention in Australia recently, sexual violence is too pervasive and broad an issue to be dealt with in a single annual protest, so it is positive that there are new campaigns adapting to changing social contexts. These new campaigns extend the conversation and continue the important work that Reclaim the Night started so many years ago.

Even if the second wave feminist institution of Reclaim the Night is seen by some as a museum piece in the wake of SlutWalk, engendering feelings of respect and community rather than ownership over the issues – it remains relevant. Reclaim the Night continues today on solid ground as a celebration of women’s strength and our collective solidarity, a pilgrimage for many survivors of sexual violence, a vehicle for the message that women have the right to be safe both in public and private space, and a reminder that the issue of sexual violence is still present in our community.

What the hell is a homeboysexual?

LOL.
Yes all of Canberra’s rapists and potential rapists are going to read that, realise what they’re doing is wrong and stop raping people.

This article is far too long and inexplicably defensive in tone…Who were you trying to reach through it?

Good luck with the anti-violence thing though.

“Therefore, focusing on the differences between Reclaim the Night and SlutWalk is counterproductive, and distracts from the anti-sexual violence agenda. The movements may represent two kinds of feminisms or two generation’s approach to the issue, but they have a common goal: women’s right to live free from sexual violence.”

Feminists – like any believers in any movement – have a tendency to navel-gaze. Outside the movement, no-one gives the proverbial rodent’s posterior.

I heartily support what both groups are trying to achieve; ideological squabbles dilute the message and the message is too important for that.

it’s a bit of a relic and really all PEOPLE should feel safe walking around at night, including women.

just not sure how the means affect the ends…at all…