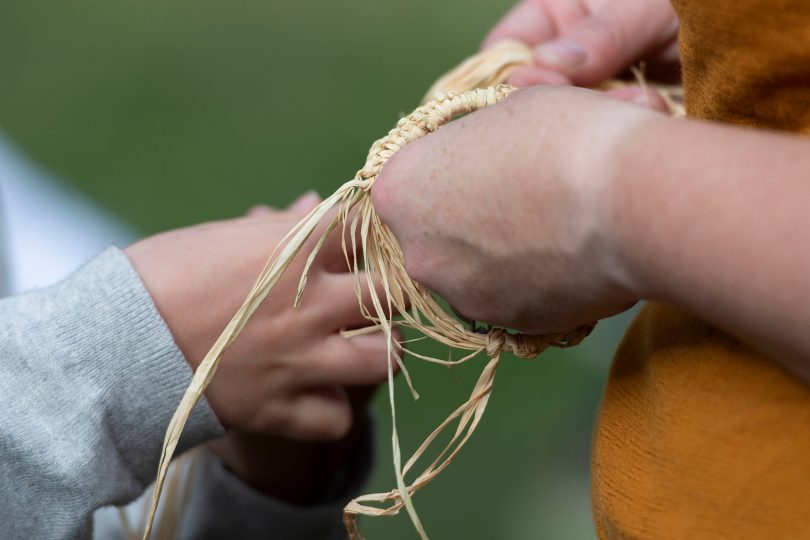 The music will be awesome, the sun will be shining and the community spirit will be strong in Glebe Park when Canberra marks our second Reconciliation Day public holiday. But there’s also a powerful message about how we all respond to the challenge of Reconciliation, and it’s as simple as using the day to start a conversation.

Melbourne duo The Merindas are the headline act on Monday, best known for their appearance in The Sapphires and their recent festival appearances. Their indigenous electro-tribal pop was described by Triple J’s Unearthed as a “warrior queen fusion” of rhythmic, expressive and beautiful music dedicated to their cultural heritage. 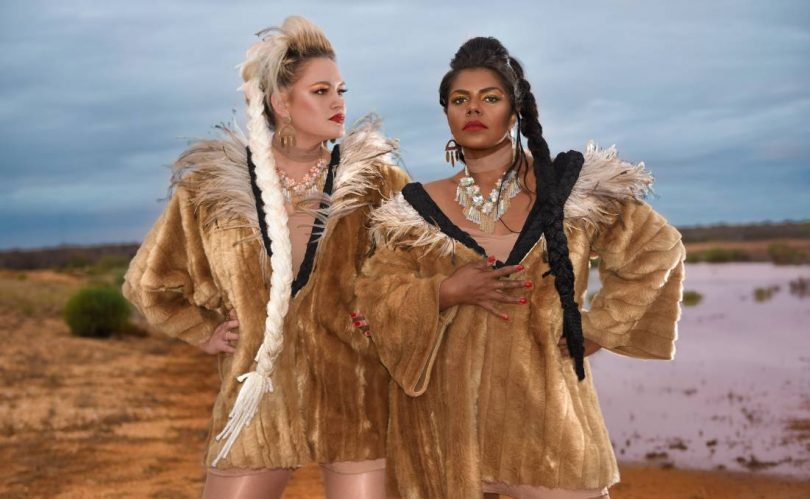 The Merindas will headline at Reconciliation in the Park on Monday.

To help navigate the park, the King Brown Walking Trail has been developed, with maps available on the day. In addition to the stage activities, Canberrans will be able to join activities including Indigenous art and language and leave a message at the Reconciliation Forest. There’s plenty for kids to do with craft activities, and food and coffee vans to fuel those attending the event.

The Brumbies, Cricket ACT, Volleyball ACT, Netball ACT and the Warriors Basketball Club will have players and on-site activations, indicating their involvement and outreach on Reconciliation as a priority for their organisations. A number of community stallholders and organisations will be participating. 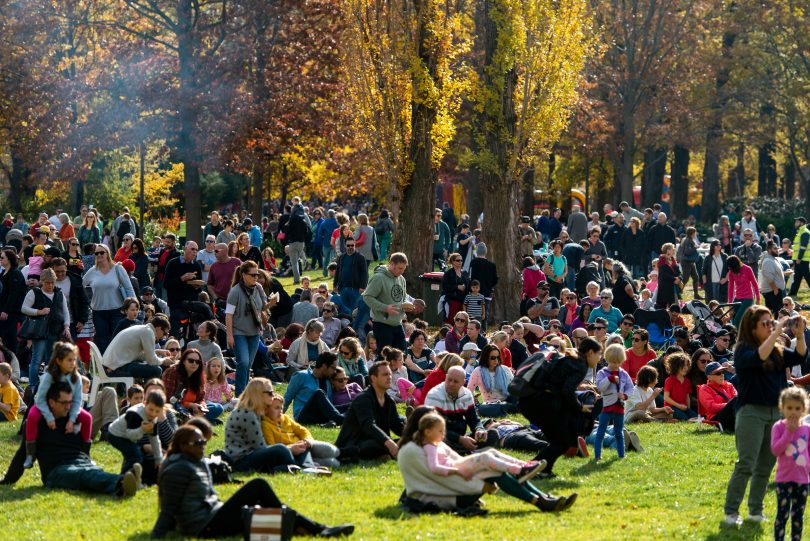 Reconciliation Day 2018 gathered together thousands of Canberrans in Glebe Park.

A major artwork has been commissioned from Ngunnawal artist Lynnice Church to open up that discussion in the Capital region and beyond. Lynnice, who is named after her grandmother Letty Little nee Bell, is part of a family group whose connections extend across Ngunnawal lands around Canberra to neighbouring Wiradjuri land and north to Kamilaroi country.

Her work represents the Ngunnawal, Wiradjuri and Kamilaroi tribes of Canberra and surrounding New South Wales and acknowledges that Reconciliation needs to live in the hearts, minds and actions of all Australians as we move forward.

The ACT remains the only jurisdiction that marks Reconciliation Day with a public holiday and the Minister for Aboriginal and Torres Strait Islander Affairs, Rachel Stephen Smith, said that the Glebe Park event was intended as a way for all Canberrans to come together to reflect on and learn more about Aboriginal and Torres Strait Islander cultures, histories and languages.

“Reconciliation Day is a day for truth-telling. It aims to recognise our shared history and help us to build a stronger future together,” says Minister Stephen-Smith.

May 27 begins a week in which we come together as a nation to discuss Reconciliation. Image: supplied

Reconciliation in the Park is a free event from 10:30 am to 2:30 pm in Glebe Park. For more information and for the full program, go to events.act.gov.au/reconciliationday

Reconciliation is everyone’s business. It’s yours too.

Rapper and comedian Briggs on doing the hard, good work for Reconciliation