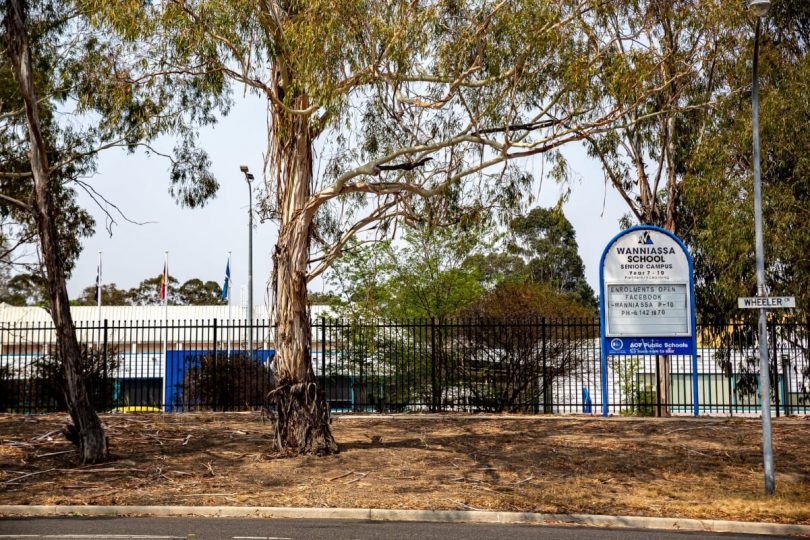 Wanniassa School is running at 40 per cent capacity. Photo: File.

Enrolments at the ACT’s 88 public schools have reached a record 50,272 students, but many schools in Tuggeranong’s ageing suburbs are well below capacity.

The annual February school census shows public school enrolments have continued their run of rises since 2016, increasing by 1,120 students (or 2.3%) on last year, and by 5,441 students (12.1%) over the past five years.

More parents are sending their children to government schools, with public schools accounting for 62.5 percent of the total student population, up marginally from 62.4 per cent in 2019 and 61 per cent in 2016, with the Independents and the Catholic system virtually splitting the remainder in half.

Across the three school levels of primary, high and college, Tuggeranong had the lowest proportion of enrolments, at 17.7, 14.3 and 18.8 per cent respectively.

Both the combined primary and high schools of Namadgi and Wanniassia are well below capacity.

Namadgi can take 1240 students but the census shows only 446 primary and 262 high school enrolments, more than 500 below capacity.

Wanniassa’s limit is 1163 but it only had 271 primary and 213 high school students in February, running at 40 per cent capacity.

Erindale College had 604 enrolments, 400 below capacity, while Lake Tuggeranong had 645 students, 351 less than its limit. 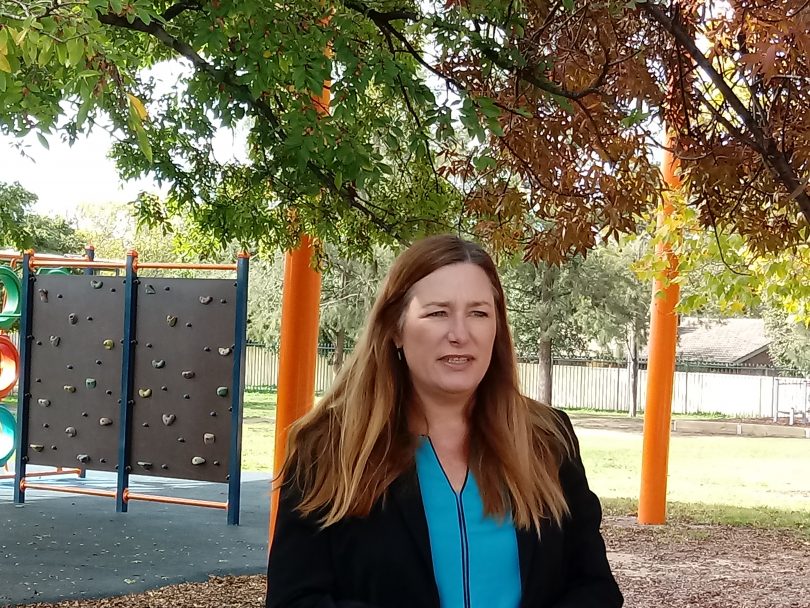 The low enrolments at this stage in Tuggeranong’s demographic cycle again raises speculation about school closures but Education Minister Yvette Berry has been quick to quash any such suggestions so close to an election, focusing on the new schools the government is building.

”The ACT Government is expanding and building new schools across Canberra to keep up with this strong population growth and confidence in the public education system,” she said.

Canberra’s newest school in Molonglo is set to open its doors for the 2021 school year for preschool and primary school with the high school set to open in 2023.

Construction will begin later this year on a new primary school in Throsby catering for kindergarten to Year 6 which will open in 2022 and cater for 450 and up to 132 pre-schoolers. Plans are also underway for a new high school in Kenny.

The permanent capacity at Franklin School (previously named Franklin Early Childhood School) is being increased, now catering for students from preschool to Year 6 to grow its capacity by 400 students. The Gold Creek School Senior Campus will have an additional 200 places by 2022.

Ms Berry said the ACT Government was also investing heavily in high-quality transportable learning spaces that can be moved as needed to respond to the fluctuating demand across schools as suburb demographics change.

These would service schools that are at or over capacity such as Fraser Primary and Mt Rogers Primary in Belconnen; Lyneham and North Ainslie Primary, in North/Gungahlin; and Garran Primary in South/Weston.

Oh for goodness sake. It's the way Canberra works with our town centres. Belconnen is now coming out if the slump in numbers with more students in all school levels than a few years ago. The same will happen in Tuggeranong. The ones who were at college when Hawker had more than 900 now have their own children and they are filling up the primary schools and Y7. The numbers dropped way down for several years. It will eventually even out.

Cutting off NSW residents would have also caused a drop

My children have absolutely thrived in a smaller capacity school, with more one on one help from their teachers

Maybe there is a systemic issue with the quality of some Southside public schools, and parents end up working 3 jobs 7 days a week just to afford private school because they aren’t prepared to subject their children to what goes on at some of these schools....

The demographic cycles of a city will always see this happening.

Schools are not factories. The numbers deemed "efficient" don't translate to quality. There are around 400 children at the school my kids attend and I love that they aren't crammed into classrooms and that the principal knows their names.

Thank you Minister Berry for understanding this and for supporting our schools.

Possibly a larger number of catholic schools in the valley?

Because they are moving to the North. Which is why we need more investment to cope with the extra growth.

Darron Marks they being the kids who filled these schools 10-20 years ago who after having moved to new suburbs now need schools for their ruggies.

Probably yes Ashley, Or they could be new residents.

But I would assume the ACT Government would have a better idea of why we have had such a large population expansion in Gungahlin over the last few years ?

Belconnen went through the same dynamic when it came of age. Primary schools in every second suburb closing. But one the original first home owners get old and move away it receives itself with new blood. Even Ainsley the oldest suburb did it with both primary schools.

Tuggeranong is less than 50 years old. How is that ageing compared to a suburb like, say Ainslie.

Gregg Heldon - just check what happened in Belconnen when it was only 30 years “old”.

They're talking average of residents, not average age of houses. Median age in Wanniassa is 39. Median age of Watson/Ainslie is 40....

Maybe the kids can now get the appropriate attention they need within class time without being over populated.

Nappy Valley is fast becoming unaffordable for new mums and dad wanting a big block for the kids to play in.

When Chisholm is more expensive that Fadden, you have to wonder.

Shaun Hoy agree! We’ve been looking for a new rental house and the prices in Tuggeranong suburbs are ridiculous. There’s a basic 3 bedroom 2 bathroom place in Isabella Plains for $690 a week!! Isabella Plains!! If our kids weren’t already in school in Tuggeranong we’d be looking to move Northside. Way more bang for your buck over there.

Phil Ebbott - 27 minutes ago
Industry? In an industrial area? NO WAY! View
Breaking 44

Helen Goddard - 38 minutes ago
Read the article ... that's not the story at all. These people had, like politicians, agreed to isolate for the mandated 14 d... View
Anne Cahill Lambert - 58 minutes ago
We had already agreed to self isolate for 14 days - same as politicians! Except we wouldn't be allowed out to Parliament Hous... View
Anne Cahill Lambert - 59 minutes ago
I've been in NE Victoria where there is no Covid. We go straight into isolation if/when we get home.... View
Sport 11

@The_RiotACT @The_RiotACT
Canberra brothers Harry and Lewis Bates are looking to continue their dominance of the Australian Rally Championship when they head to the NSW South Coast for next month's Narooma Forest Rally https://t.co/CZMb1VeM0y (11 minutes ago)