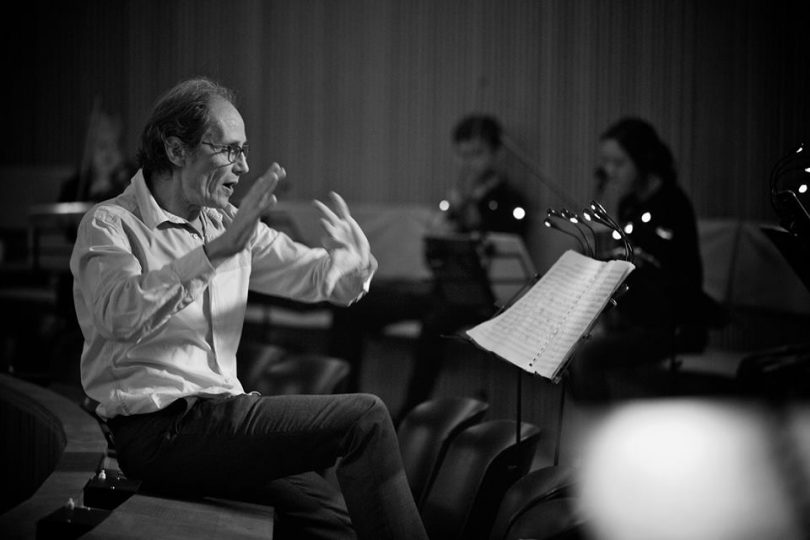 Region Media is partnering with the Canberra International Music Festival for its 25th anniversary. Photo: Supplied.

As the Canberra International Music Festival is acclaimed by critics as “an event of national significance: stimulating, provocative and deeply satisfying”, Region Media is delighted to announce a 25th-anniversary partnership.

“Region Media is all about forging deep connections with the Canberra community, and telling great local stories,” says co-CEO Michael McGoogan. “The Canberra International Music Festival has gone from strength to strength and as they celebrate 25 years, they are all about excellence and innovation. That’s a very good fit for what we’re doing at Region too.”

Speaking about this year’s festival, artistic director Roland Peelman says that 25 years is indeed an important milestone for the festival and the community. “Canberra has a wonderful audience,” he says. “They are very smart, very well educated and well read, very highly opinionated, choosy, discerning music lovers! It’s wonderful to be able to do a festival for such people.

“But at 25 years, how do you celebrate? Do you make it bigger or better or more special? Something that’s rung true through the years is that whatever you present, Bach somehow gets the top vote. So for this year, I thought we’d give the audience an all-Bach festival.”

That’s not without its challenges: as Peelman says, this is a small, modern city. It’s not Bach’s stamping ground of Leipzig, with its glorious Thomaskirche and Niokolaikirche. There’s no deep Baroque tradition, so how do you make Bach relevant for today and for here?

The answer, Peelman says, is to bring together people from around the world who play Bach in multiple different ways and from multiple different traditions including the Ntaria choir, singing Bach in Arrente from Hermannsburg, saxophonists and even a marimba player, managing preludes and fugues with four sticks instead of ten fingers in a way that Peelman says is “fiendishly difficult”.

There are modern string ensembles and historically accurate instruments, rising stars in early music and modern interpretations of the complex, layered, lucent music. “We want to give people an opportunity to rediscover Bach in many different ways”, Peelman says. “Perhaps they’re drawn to passions or cantatas, or cello suites, but we want to also push their boundaries a bit.

“The Festival has always had a sense of adventure and discovery and that fits very well with Canberra, where people are attuned to science, to literature, to the arts on a broader scale. I want to create a festival that has relevance for all those people and dispels those old myths that this is a boring town for public servants when we all know how much it has changed.”

“We have a lot to say to many different people and in the process, I hope we re-discover the music, the city and ourselves.” Region Media is very pleased to be a part of that journey in 2019.

What do an extraordinary choir from the NT, musicians from Africa, the wonders of Canberra in the autumn, and author Helen Garner have in common? Listen to Genevieve Jacobs chat with Roland Peelman, the conductor and director of the Canberra International Music Festival and you’ll find out. But here’s a clue – they all have something to do with the Festival’s huge 25th anniversary celebrations and renowned composer Johann Sebastian Bach.

For further information about the 25th Canberra International Music Festival (2 – 12 May 2019) click here.

Louise Flint - 16 minutes ago
James Daniels I was sent there for advice before I took a redundancy package. They ignored my superannuation and taxation que... View
Patrick Barrett - 4 hours ago
Dylan your fault View
Sonia Irwin - 8 hours ago
Been watching this as a client. Gotta say a bit nervous is an understatement View
News 22

Toby McLenaghan - 49 minutes ago
Peter Marshall well it will be better then before. 🚴🏻💨 View
Marion Rae - 8 hours ago
Election year in a bellwether seat View
Hope Marie - 9 hours ago
Grace Stefanac now I can't crash on it wow View
News 15

Evan James - 7 hours ago
Well said, Tim!✔ View
chewy14 - 9 hours ago
"And the federal border force was happy to let other players through, on the same exemption, before ND arrived." Who were the... View
LietDao Do - 9 hours ago
… I don’t want to see/talk about him anymore… let it past. View
Opinion 144