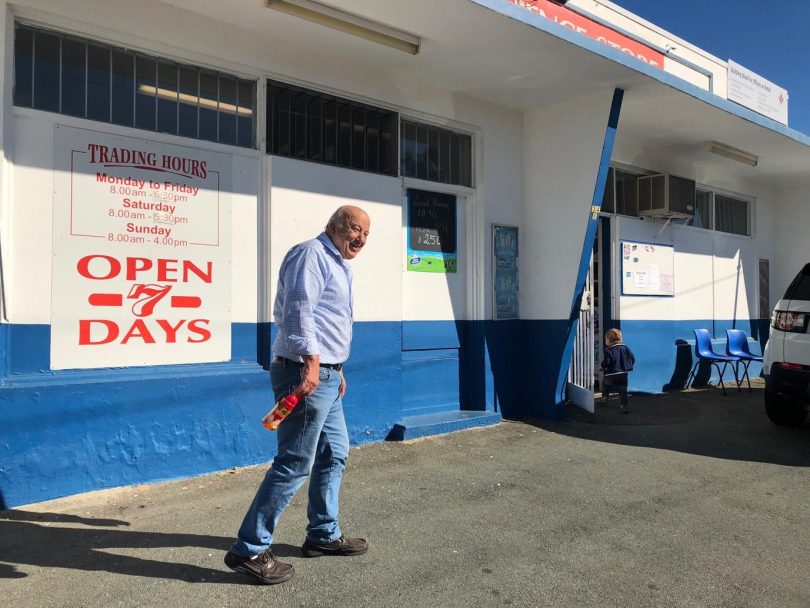 “You can’t sell the shop, Nic. Everyone will miss you,” says a voice filming Nic Manikis as he loads milk into a fridge at his convenience store on Morton St in Queanbeyan.

It’s one of the last videos of Nic before he died, peacefully in his shop on June 12, some 44 years after he first started in 1975.

His afterglow shone bright on the shop’s last day of trading, June 15, when the Manikis family opened Nic’s Convenience Store one more time. It was also Nic’s 68th birthday and the people of Queanbeyan stood outside the shop in droves. Estimates had the numbers at close to 1000 people.

More than 500 lolly bags were handed out to people of all ages to celebrate the fact that Nic truly was a man of the people. The NSW Deputy Premier and Member for Monaro, John Barilaro, even made a speech in Parliament on 20 June.

“If the measure of someone is how they make you feel, the outpouring of grief from the local community reflects this deep loss and end of an era,” Mr Barilaro said.

“The Manikis family know that it isn’t just their hearts that are broken, but also the hearts of the Queanbeyan community.”

Nic quite often handed out lollies freely to his customers. His daughter Kerry Weiss said that when her father was growing up in a small Greek village, he rarely got to have a lolly.

“Through the shop, Dad had the opportunity to make children feel that every day was a special day, which is why when they visited the shop, he gave them a lolly.

“Dad was a kind and generous man and wore his big heart on his sleeve.”

Above all else, Nic was a family man and Kerry said once the shop was sold, their first family holiday together in decades had been planned. Airfares to visit Nic’s son George in Melbourne had been booked.

“It was an amazing security blanket, we always knew where dad was.”

Former Queanbeyan resident Belinda McMillan used to live in Agnes Ave and had known Nic since she was six years old. She wouldn’t be surprised if the community was more than a bit protective of what happens to the shop.

“Our family saw four generations with that shop. It will be hard to think of it as anything but Nic’s shop,” Belinda says.

Sarah Willis is another former Queanbeyan resident who credits Nic with being so much more than a friendly shopkeeper. “His empathy and wisdom brought me back to life after my marriage ended,” says Sarah. “His shop really was the last of the true corner stores and I can’t believe Nic isn’t going to be there anymore.

“I would turn the place into a tribute to Nic – a little coffee place that is warm and welcoming where people could sit and have a chat – Nic’s Cafe of course.” 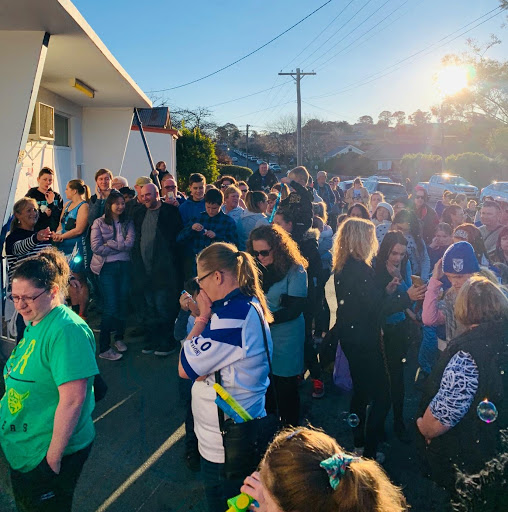 Nic Manikis was mourned by many in his community as the shop opened one last time. Photo: Helen Mackenzie.

The community has a fund taking donations for a memorial bench in Apex Park. Those plans are already morphing into a picnic table. Suggestions have also been put to the family to name the future park where the basketball courts are on Ross Road, after Nic.

“My dad was an amazing father and it’s heartwarming to feel the support of our community as we process the shock of dad’s sudden death,” said George Manikis.

“Our family is happy for the shop to be transformed to start its next chapter in the community,” Kerry Weiss says. “The reason the property is for sale is that it was to fund mum and dad’s retirement and we’ve got to look after mum now. We know the community will support that.

“We just have so much gratitude and thanks for all the wonderful tributes we’ve received.”

As one more passer-by stops to offer his condolences and share his ‘Nic story’, he asks how Nic died. He is told Nic died unexpectedly from a heart-related issue which shocked the family as Nic had no known health issues and was recently given a clean bill of health.

Perhaps, his heart was just too big.

Missing my visit to Nic's shop today. Would of stopped by on the way home from work to pick up snacks and drinks for the kids at club on last night at club training for the term. Have done it for years, but no more.

Truer words have never been said, his heart was definitely too big 😓

Andrea Mya Riboust - 2 hours ago
Matt the former I assure you 😄 View
The Martini Whisperer - 4 hours ago
Lucky they’re weren’t in Texas. View
HiddenDragon - 6 hours ago
So the Big Merino will be the command HQ for Gilead Down Under - and they said it couldn't happen here......... View
Food & Wine 12

Sam McCracken - 5 hours ago
Lea Powell agree to disagree then. We clearly see this from 2 different points of view, but if you re-read your comments you... View
HiddenDragon - 7 hours ago
Based on some of the apparently well-informed comments here about ACT public housing policies, it is truly fascinating to see... View
Lea Powell - 9 hours ago
Alicia Boardman exactly! View
Opinion 12