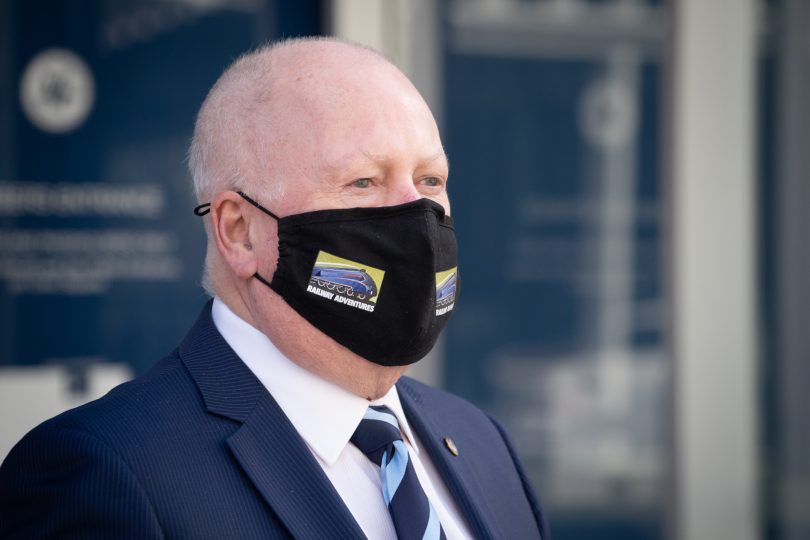 There are renewed calls for a Royal Commission or an inquiry into the experiences of Aboriginal and Torres Strait Islander people in the ACT justice system following the revelation that a forced strip search of an Indigenous female detainee breached human rights laws.

The Inspector of Correctional Services found that force was used by prison officers against the detainee for several minutes before she agreed to accompany staff to a bathroom where two female officers conducted a closed-door strip search.

While the initial decision to strip search the detainee had a lawful basis, the use of force was not used as a last resort, therefore breaching the Corrections Management Act, Inspector Neil McAllister found.

According to the Inspector, the mandate that detainees entering the Crisis Support Unit be strip-searched also contravened the Human Rights Act by unreasonably limiting the detainee’s right to privacy and humane treatment while in prison.

Mr McAllister said media reports that the woman was forcibly strip-searched in front of male officers and detainees at the Alexander Maconochie Centre (AMC) were incorrect.

“However, she was subjected to a planned use of force that was conducted with the intent of forcibly strip-searching her,” he said.

“While the decision to conduct a strip search was lawful … the attempt to forcibly remove the detainee’s clothing was inconsistent with the Human Rights Act which requires human rights to be considered in all decision making by a public authority.

“We note that the decision to conduct a forced strip search was not an approach that all staff were entirely comfortable with.”

Mr McAllister said being held down by officers in tactical personal protective equipment to have her clothes removed was “undoubtedly degrading and traumatising”.

In a letter, the woman detailed how the incident left her traumatised and filled with shame.

“All officers and nurses entered my cell to strip me naked to make sure I had nothing on me for my safety, I am told.

“Their intention was to forcibly remove all of my clothes by cutting them clean off. Here I ask you to remember I am a rape victim, so you can only imagine the horror, the screams, the degrading feeling and the shame I was experiencing.”

The detainee had a recent history of sexual assault, ongoing mental health condition, and the feelings of loss and grief experienced from her grandmother’s sudden death.

Mr McAllister found that staff were well aware of some of the detainee’s vulnerabilities.

“The decision to proceed with the use of force placed her poorer health at greater risk,” he found.

There is no suggestion that individual staff members were willfully negligent.

The Inspector’s report recommends that the AMC end mandatory strip searches upon entry into the Crisis Support Unit, expedite the procurement of body scanners and ensure that human rights are explicitly considered before using force to carry out a strip search.

“This means considering the impact the highly intrusive procedure would have on a detainee in light of any vulnerabilities such as medical conditions or trauma histories,” the report said.

“It also means considering if any less intrusive options are available.”

ACTCOSS CEO Emma Campbell said human rights must remain at the forefront of any decision to use force. Photo: Dominic Giannini.

CEO of the ACT Council of Social Service, Dr Emma Campbell, said while she acknowledged the difficult decisions correctional staff needed to make, the human rights and wellbeing of detainees must remain at the forefront of any decision to use force.

“This report provides more evidence of the need for a Royal Commission or similar commission of inquiry into the experiences of Aboriginal and Torres Strait Islander peoples in the ACT justice system and the factors that bring Aboriginal people into the system,” Dr Campbell said.

Corrections Minister Mick Gentleman said the government had agreed to fast track the procurement of full-body scanners to minimise strip searches at the AMC.

“I understand strip searches can be stressful and traumatising for both detainees and staff, and as a result, we would like to minimise strip-searching as much as possible,” Mr Gentleman said.

“Our correctional officers work in a difficult and at times dangerous environment, where they need to strike a balance between safety and security. The safety of staff and detainees is always the highest consideration.”

Mr Gentleman indicated that the government would likely agree, or agree in principle, to all nine recommendations.

“The woman detailed how the incident left her traumatised” how do her victims feel?

Do the victims of her crimes have Human Rights?

If you don’t like the treatment, make sure you don’t have to go back.

“ACTCOSS CEO Emma Campbell said human rights must remain at the forefront of any decision to use force.”

It seems to me that human rights are a one way street. If you’re incarcerated you can punch, kick, scratch and spit at prison guards with no reprisals. Yet when a prison guard is protecting him or herself and uses force, they are always investigated to within an inch of their lives.