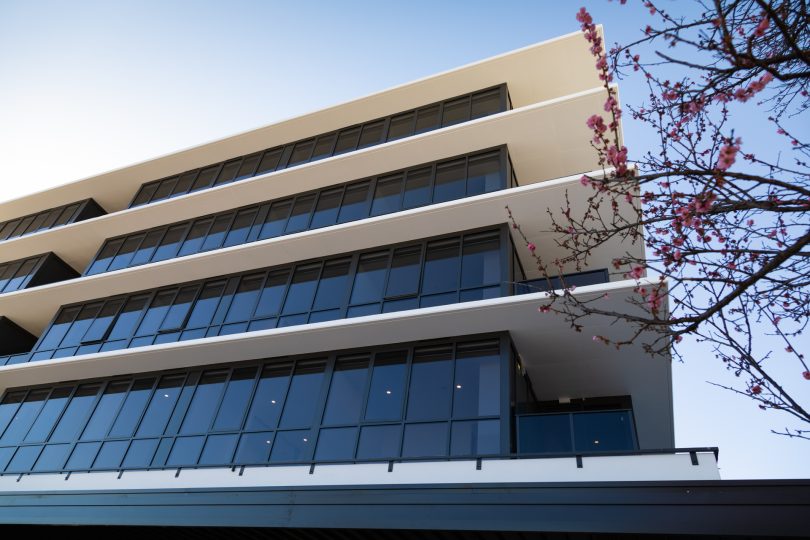 Renters are again queuing up to put a roof over their heads as the amount of available properties shrinks, and the situation may only get worse as international students start returning to Canberra.

In December, according to SQM Research, the vacancy rate was an already tight 1 per cent, but since then, the squeeze has been on, with January posting 0.7 per cent.

Tuggeranong in the far south is now the tightest market with a vacancy rate of just 0.3 per cent, coinciding with a surge in rents there.

Canberra’s already sky-high rents are on the move across most areas. Units continue to pull the highest rents in the country at $540 a week on average, while houses attracted nearly $750 a week, falling behind a resurgent Sydney.

Agents are reporting large groups at open homes as a mix of people from public service and Defence staff to students vie for the few properties on offer.

Real Estate Institute of the ACT president Hannah Gill fears the situation will get worse before it gets better, particularly when international students return after the reopening of Australia’s borders to double-vaccinated visa holders from 21 February.

“It’s a genuine concern because we’re already seeing people who can’t afford to find suitable properties to meet their needs,” Ms Gill said. “There’s no short-term reprieve in pricing, it’s not about to drop any time soon, and that supply issue isn’t going to be improved.

“We’re talking rental stress for many households and potential homelessness in severe circumstances.”

Ms Gill said the challenge was the variety and style of rental properties and their location.

Ms Gill said there was still a huge demand for houses from families wanting to be near schools and people with pets but little stock.

“That market is really suffering,” she said.

Many people who would rather be more centrally located were now having to look further out.

Agents were having to manage groups of 30 to 40 people at open homes while staying compliant with COVID-19 requirements.

Ms Gills said that was proving a real challenge and some had dropped weekend showings for certain properties.

Ms Gill expects rents to continue to hold strong if not rise overall for at least the first half of the year, simply due to the supply issues.

In January, the biggest rises in house rents were in Weston Creek (6.5%) where asking rents breached $800 a week and the Woden Valley (4%) at $745 a week, while units were up nearly 10 per cent to almost $550 a week in Tuggeranong. Houses in Tuggeranong were the cheapest in Canberra, if you can find one, at $627 a week.

The inner south and north remain the dearest areas to rent, whether a house or a unit. Renting a house in the inner north will set people back on average more than $840 a week, while the inner south can command $870 a week. A unit will cost more than $600 a week.

Gungahlin may be an outer area, but a house there brings more than $730 a week and units $530 a week.

Belconnen provides the best value for a unit at $508, while a house is only slightly dearer than Tuggeranong at $646 a week.

Nationally, vacancy rates are at a 16-year low of 1.3 per cent as capital city vacancy rates returned to normal longer-term averages recorded before the COVID-19 outbreak.

Managing director of SQM Research Louis Christopher said the January drop was larger than expected and February listings in Sydney and Melbourne had fallen further.

“All this represents an acute shortage of rental properties, and the shortage has already been translating into large surges in weekly rents across the country,” he said.

“It is now very likely market rents will rise by over 10 per cent this year. Indeed, it could actually be much more than this as we are recording a rise in capital city combined rents of 5.2 per cent just in the last 90 days.”

Rob Bailey lucky we got in when we did honey

If government is willing to sell the land for free and let builder build for cheap as a condition to take over the land then yes no problem. But government needs money just like every single one of us do.

Greed, thats all it is. We are only animals after all.

Brian Kilgannon for some it’s superannuation, for others it’s a business… how is that greed? 🤷‍♀️

Michelle Paunović I cant explain it to a greedy person Michelle.

The acquisition of real estate for investment purposes by the wealthy has been going on for more than a few decades now. The result? Prices and rents have escalated far past the true value of the properties relative to income growth. Any young people with normal current wages are now both excluded from owning a home and condemned to paying out so much in rent that home ownership (and many other things, holidays?) is forever out of their reach

This has to be one of the biggest policy failures of the last two generations. Current retirees may be comfortable. If this disaster is not fixed, the vast majority of their children and grandchildren will not have that luxury.

Paul Totterdell not all retirees are comfortably off…

Linny Hawkins true. In future, if we do not change things. Zero retirees that have no inheritance will be comfortable. They will be destitute.

The resulting culture will be horrible. It will resemble victorian Britain.

Paul Totterdell yep, totally the fault of investors and nothing at all to do with labor’s land release, development and taxation policies over the last 20 years 🤦🏻‍♂️

Paul Totterdell Housing has increased because of the massive decrease in interest rates from around 2008 – https://www.rba.gov.au/chart-pack/interest-rates.html. Rents are more supply and demand. Less landlords means more competition with the ever increasing population in Canberra who wish to rent (table3.2) https://apps.treasury.act.gov.au/__data/assets/pdf_file/0005/1305581/ACT-Population-Projections-Paper-FINAL.pdf so more apartments need to be built. if you own land in 20 years, you are sitting on a gold mine. It is all pretty simple people to work out.

And there we have it. Someone tried to fix this problem years ago and failed to get it right.

As a result now blameless investors took advantage of the mistakes and are now raking in the cash as they blame others for allowing the loopholes that enable their guilt free profits.

Homelessness and poverty are just an unfortunate side effect of quite reasonable investment portfolios.

Paul Totterdell Can you give me a link so i can read about when this problem someone tried to be fixed years ago and it failed. And i don’t see any loopholes, pretty sure laws have been passed by sitting governments from all sides.

A bit simplistic perhaps, but the reality on the ground is poverty and homelessness without relief. There must be a reason.

Paul Totterdell Pretty sure you need to chat to your local Canberra Greens & Labor members. They are the one setting the agenda and not investors. Maybe they could use some of that Tram money to help with the poverty and homelessness issue.

Geoff Stewart the problem is Australia wide, though?

Geoffrey Bell no-one in their right mind would be private landlord in Canberra.. returns ( yes rent!) are insufficient to cover risks to landlords given draconian rental laws.. also exorbitant government charges and red tape. So glad I sold my rental unit as many others have done. Just wait and see how things get worse when interest rates rise too.

Michelle Paunović probably more wealthy than someone who lives week to week and can’t afford to save because rent is 60% of their income.

And yes it is of course a generalisation and unfair to some.

I would be more interested in asking the question, WHY…don’t we have more landlords, which leads to less rental stress and cheaper rents.

New rental laws could also be turning investors away from the market. So they sell up and take the cash. Other assets around to invest into besides property.

Geoffrey Bell Sell, exactly as I did and a number of others that I know, due to draconian rental laws where risk to owners now far outweigh returns. Not just rental laws but increasing govt charges and red tape. I feel sad for the majority good tennants .. blame lies with entitled tennants and the ACT govt. Certainly no regrets selling !

Albert Blair Have fired msg over.

Michelle Paunović They will be paying a premium for renting a property if this (No-cause eviction) is removed, which the Greens are pushing for.