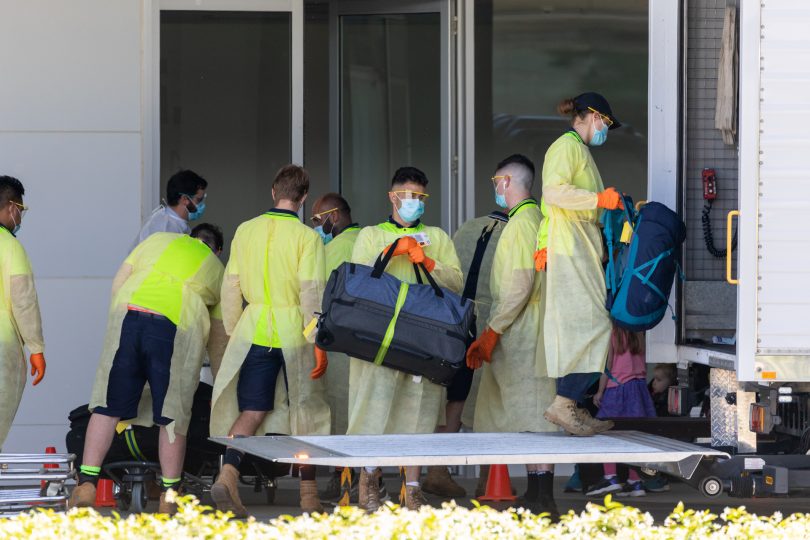 Canberra’s second repatriation flight of the year is due to arrive from Singapore on Monday (1 March), a week after 165 Australians from the first flight finished their 14-days of hotel quarantine.

The flight will have between 150 and 180 Australians on board and is expected to land at around 7:45 pm.

Twenty repatriation flights have been organised by the Commonwealth Government for March.

Health Minister Rachel Stephen-Smith said the Territory’s hotel quarantine program has been reviewed since the last flight and received the tick of approval from ACT Health.

“ACT Health has examined the arrangements for the repatriation flight we just had and they are really, really happy with the way everything worked, so fundamentally, everything will be done the same,” she said.

“The only thing that will be done differently is that this flight will be arriving in the evening, so some of the work that might have been done at the airport will be done the next morning when people have had a chance to have a good night’s sleep.

“Everyone will be tested on Day 1 anyway.” 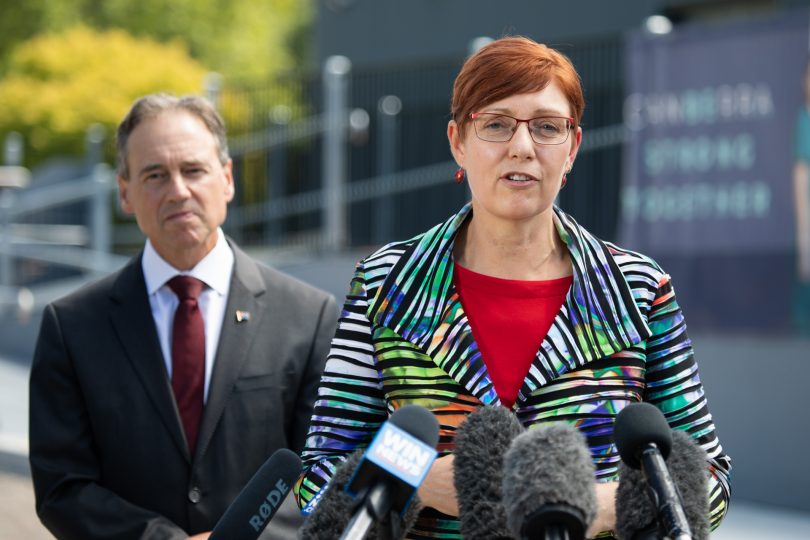 Health Minister Rachel Stephen-Smith says the Government has budgeted to receive six repatriation flights by the middle of the year. Photo: Michelle Kroll.

Passengers must return a negative COVID-19 test before boarding the flight and are then tested on the first day of the hotel quarantine period (Tuesday, 2 March) and then on day 10 to 12 before they are allowed to exit.

Anyone who refuses to be tested before exiting must remain in hotel quarantine for a further 10 days at their own expense.

Ms Stephen-Smith said the ACT Government has budgeted to receive an additional four flights before the end of the financial year.

“Our budget measure has supported six flights from the start of this year until June,” she said.

“We will continue to work with the Commonwealth about what they are doing for the continuation of repatriation flights. I assume that the [government-facilitated flights] will continue, just not at the same level.”

The ACT Government has said that it will only receive one repatriation flight per quarantine cycle as Canberra only has one hotel – the Pacific Suites on Northbourne Avenue – operating as a quarantine facility.

Ms Stephen-Smith said that the additional travellers in hotel quarantine will not divert resources away from the ACT’s vaccine rollout, which began this week.

“The government-facilitated flight is supported by a completely separate team of people from those who are currently undertaking the vaccination work,” she said.

Fifty frontline workers received the jab on Monday and this increased to around 200 people a day from the middle of the week.

The ACT will vaccinate around 1000 frontline workers a week while the Commonwealth Government is in charge of inoculating the same number of people in aged care and disability residential facilities in Canberra.

Vaccination numbers will likely remain steady over the next few weeks due to supply constraints from the provider, Pfizer.

The number of people who are vaccinated each day is expected to increase by the end of March when the AstraZeneca jab, which is able to be distributed more easily due to its less stringent storage requirements, begins rolling out across Australia.

When COVID 19 blows over most will rush back overseas. Hope there’s no COVID 20 or they will all want to rush back here again.