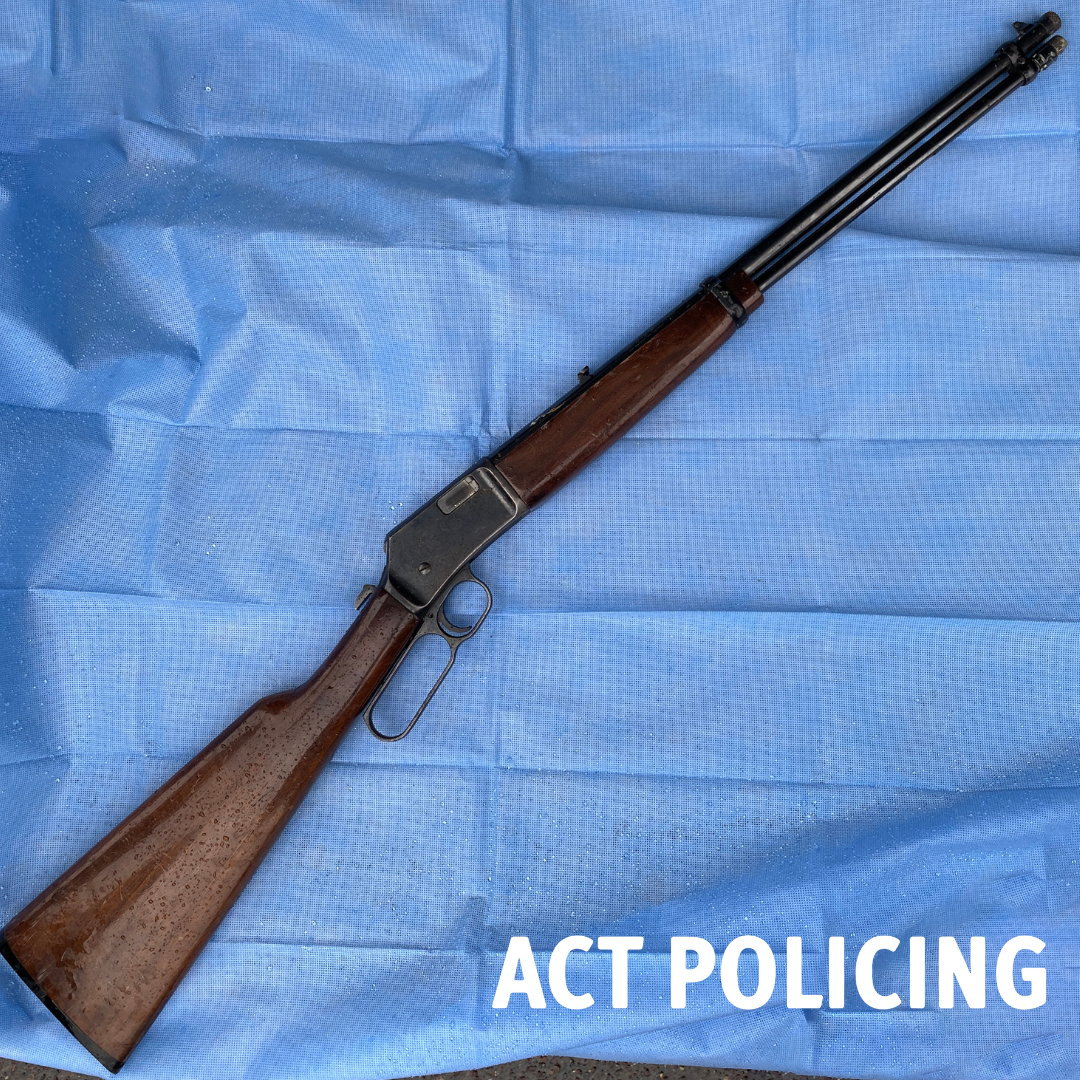 Police say they seized a .22 calibre rifle as part of an arrest at the Calwell shops. Photo: ACT Policing.

A 34-year-old man has been charged with 13 offences after he was arrested at the Calwell shops earlier this week.

The man was the target of ACT Policing officers following his alleged involvement in multiple vehicle thefts, failing to stop for police incidents and other matters.

During his arrest on Thursday afternoon (4 August), officers found a Toyota Corolla key for a car which was parked at the rear of the shops.

Police allege a .22 calibre rifle was located and seized from inside the vehicle.

Police said his arrest was part of a newly-established taskforce which targeted high-risk driving behaviours and stolen vehicles in the ACT, which were often used in other crimes such as burglaries and assaults.

Anyone with information about dangerous driving and vehicle thefts is urged to contact Crime Stoppers on 1800 333 000.