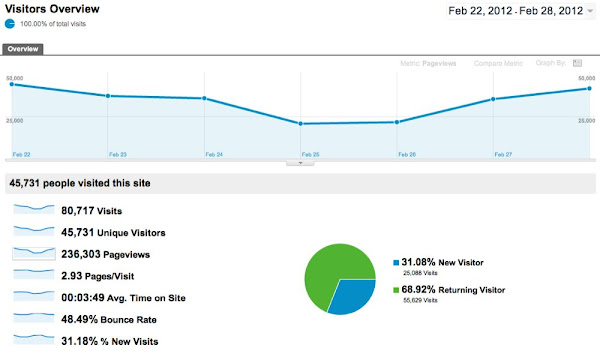 CityNews have the stats out of Grey on Canberrans use of Twitter which apparently leads the nation:

According to Grey’s recent social media monitor, about 13.7 per cent of Canberra residents use Twitter, compared to less than 10 per cent else where.

The report also showed, 73 per cent of the ACT’s Twitter users access their stream at least weekly while 18 per cent – more than 6,500 Canberra residents – use it daily.

Meanwhile according to Google we had 45,731 unique visitors in the last seven days.

Twitter in Canberra, it should be remembered, is dominated by the 6,000 denizens of Parliament House engaged in a vapid struggle for relevance and back scratching ego gratification. (although it should be noted all of Twitter can be characterised thusly, Parliament House is merely fertile ground)

But while we’re here twitter aficionados can follow us @The_RiotACT, or me @Griffiths_John (because I like back scratching ego gratification as much as anyone, please tell me I’m pretty!).

And a big thank you to everyone who told me I was pretty on twitter.

I’ve got a share option when Riot Act updates pop into my newsfeed. I’ve even been known to share some! 🙂

a) a feather in the cap of RiotACT
b) a damning indictment on modern society
c) all of the above?

Beyond that sharing likes is up to facebook I’m afraid.

a) a feather in the cap of RiotACT
b) a damning indictment on modern society
c) all of the above?

Somebody has to tell you. You’re as ugly as a hatful…

Somebody has to tell you. You’re as ugly as a hatful…

The biggest social media remains email and the biggest media in town could be seen to be the departmental email servers of the public service.

But we’re glad to have you!

You must have more info than that, I come to The_RiotACT from the twitter feed.

So how many readers are hitting you from twitter? I actually think it was a pretty good move on your part, though I doubt if you had much choice.

Marea Fatseas - 3 hours ago
Essentially, 80 percent will still go to landfill under this proposal, which is not a great outcome. View
Capital Retro - 11 hours ago
Are you suggesting that while there would be difficulty getting permission in locating and establishing another landfill in C... View
simm - 14 hours ago
It is really just a Waste Tipping Hub (TIP) proposed in the wrong location ... that being a populated built up area on a cong... View
Opinion 2

MERC600 - 3 hours ago
Tim I fear your saying 'The most obvious is the economic downturn created by COVID-19' will prevail. Also this Covid bug econ... View
News 64

David Brown - 3 hours ago
Will he still be a candidate? Just not an endorsed Lib? View
Guy Manton - 6 hours ago
Andrew Duncan there was a debate, theres been thousands of ongoing debates about these kinds of issues. Canberra doesn't supp... View
Andrew Brien - 22 hours ago
Canberra Liberals at their best. Apparently one was claiming get on Sportsbet they have great odds of the Liberal Party to Wi... View
News 25

David Brown - 3 hours ago
Baaa wants to sell off our foreshores to his developer mates. 😟 View
Julie Macklin - 8 hours ago
George Watling I live in the south, but the light rail is a useful way to get to Gungahlin after catching a bus to Civic. I h... View
Julie Macklin - 8 hours ago
Amanda Evans That's why I wrote, "with hopefully enough handicapped parking for those who really need it." I sometimes have a... View
Breaking 2

Acton - 4 hours ago
Who would have ever believed that Australians could treat each other in such a way. What happened to mateship in adversity? T... View
News 25

Capital Retro - 11 hours ago
CSC, this is a brilliant initative. View
chewy14 - 11 hours ago
Capital Retro, Your link doesn't say what you think it does. Firstly, your link is about an audit and it specifically says th... View
Capital Retro - 24 hours ago
Data on page 68 of this audit would appear to be at odds with what your colleague concluded: https://www.veolia.com/anz/sites... View
News 14

Capital Retro - 11 hours ago
When was the last infection of COVID 19 logged in Canberra? Compared to the rest of the world the pandemic is over in Canberr... View
HiddenDragon - 24 hours ago
Even if these figures are a little rubbery right now, with the federal budget being delivered 11 days before ACT election day... View
bigred - 1 day ago
Alistair lost the election the day he declared the pandemic over. Anyone flirting with the notion of him as the head honcho w... View
News 2

@The_RiotACT @The_RiotACT
A former chief of the Defence Force has called for the half a billion dollars earmarked for the @AWMemorial expansion to be spent on a research institute for post-traumatic stress. Former AWM director Brendan Nelson has hit back at critics of the proposal https://t.co/4jMIfr02p9 (1 hour ago)